Club Onyx was open for less than an hour Friday morning before police arrived. 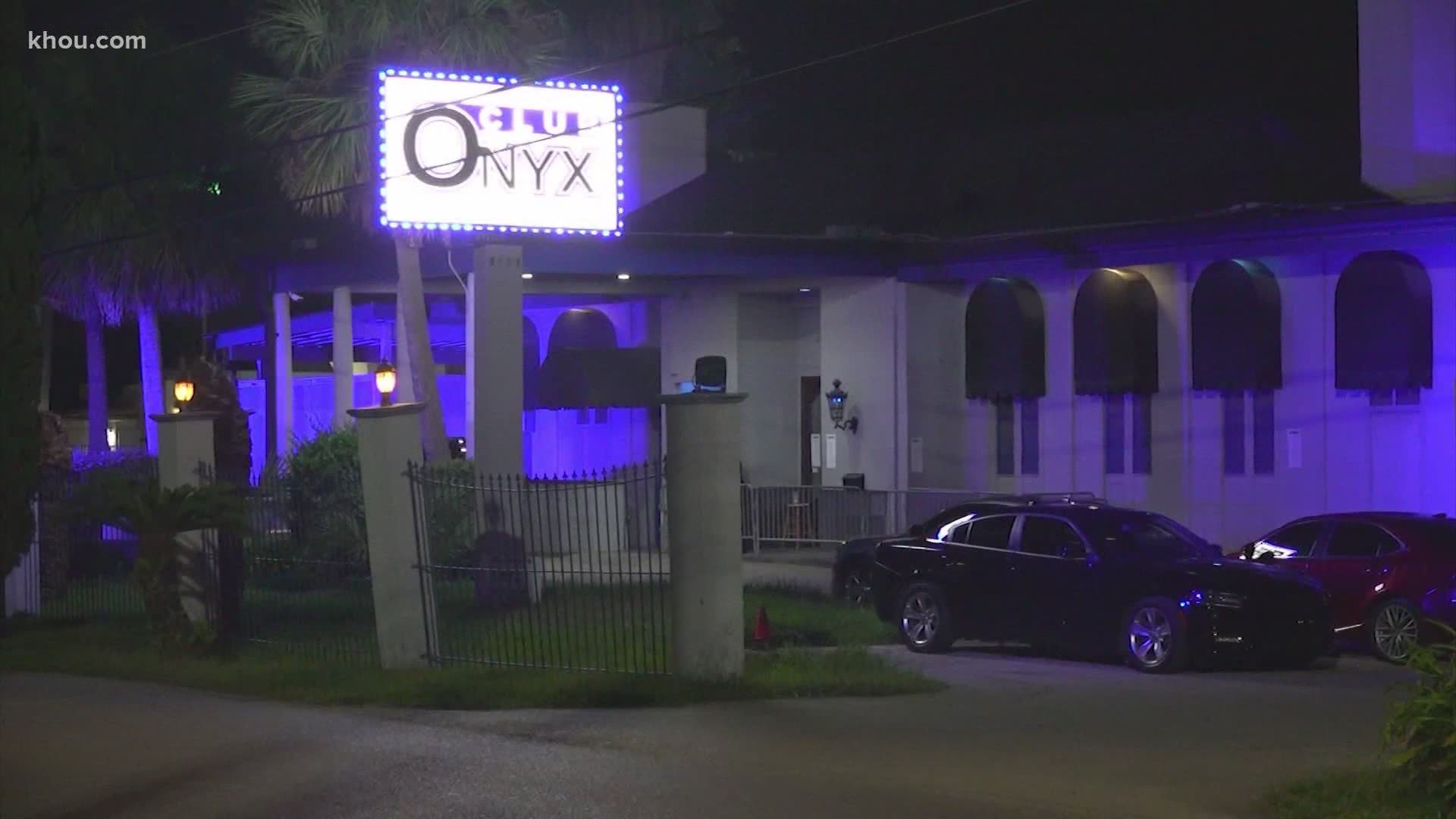 HOUSTON — A Houston strip club that tried to open early Friday morning and was later shut down by police has been granted a temporary restraining order against the city of Houston by a federal judge.

The order prohibits city officials from arresting any employees for operating the club, and to not close the club under Gov. Abbott’s executive order. City officials are also prohibited from staying on club property or within 400 meters of the building for 30 minutes, unless investigating a crime.

Club Onyx claims it’s allowed to open under Gov. Greg Abbott’s executive order that allows restaurants to resume business at 25 percent capacity. In its order filed in U.S. Southern District of Texas, Onyx claims it’s a restaurant and gentlemen’s club that makes less than 50 percent of its sales in alcohol, a unique distinction in Texas that separates bars from restaurants.

The club was open for less than an hour Friday night before Houston police and fire marshals shut it down.

The order states the city violated the club’s “civil rights by intimidating its patrons and employees, by shutting down the business without legal basis, and by threatening its representatives with arrest unlawfully and without authority.”

Club Onyx announced on its Facebook page Wednesday about its plans to reopen with limited seating while practicing social distancing. It would also have all staff in masks and provide hand sanitizer in the club.

The club noted in its order, “Dancers at Onyx Houston were not offering lap dances but were merely providing entertainment from a safe distance.”

In response to the restraining order, Houston Mayor Sylvester Turner called for the the governor to clarify whether sexually oriented businesses, such as Onyx, can operate under his executive order.

"Before the pandemic, Club Onyx primarily operated and categorized itself as a sexually oriented business," Turner said. "But now it claims to be a restaurant."

If Abbott chooses not to allow strip clubs to reopen, Turner said he'd ask the Texas Attorney General's Office to step in and shut down the club, citing limited resources to fight the governor's order.