Fieri is shooting episodes of his show while also promoting a new fundraising effort aimed at helping all those impacted by all those now-shuttered restaurants. 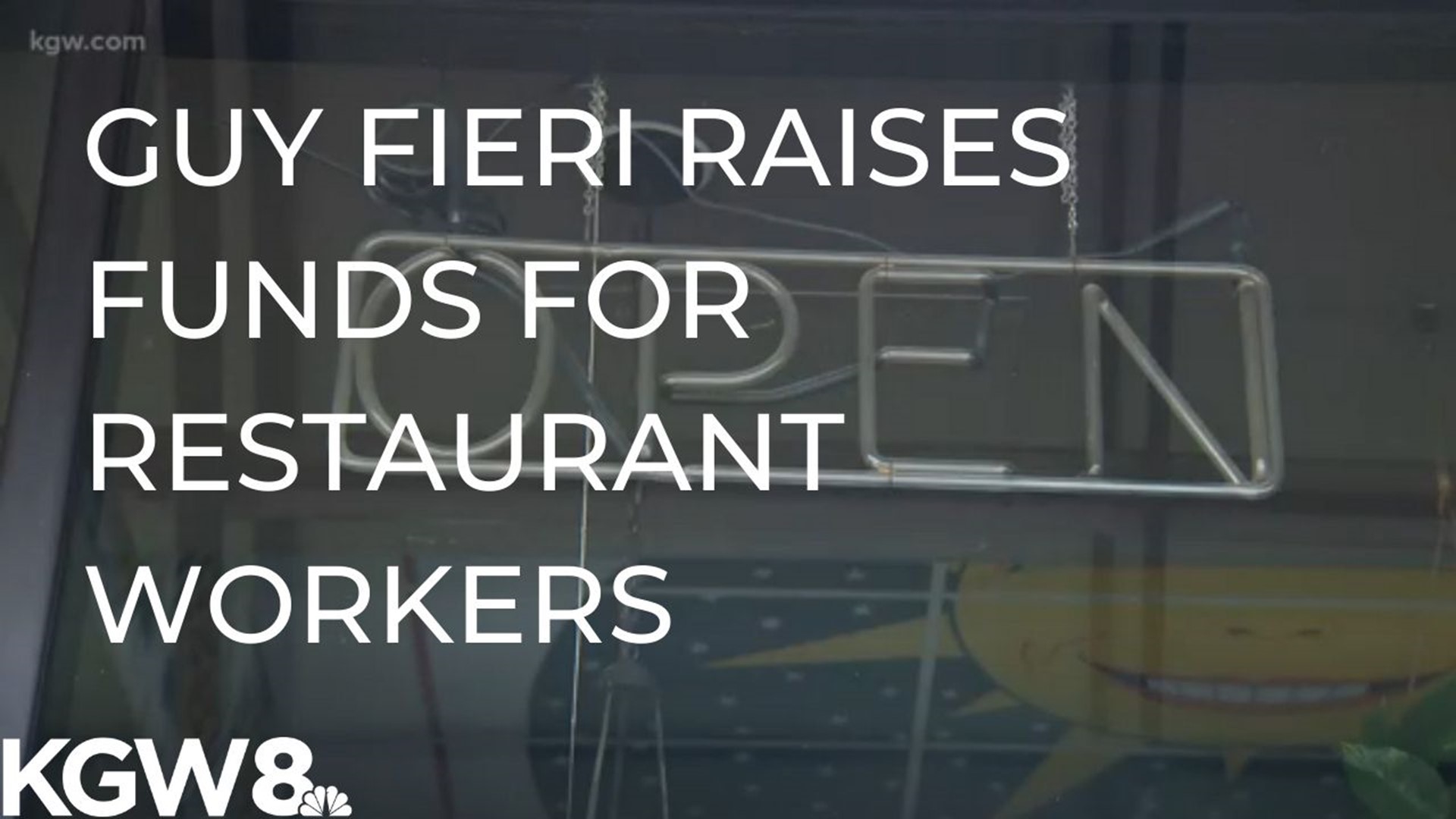 PORTLAND, Ore. — If you watch the Food Network you know him. That spiky platinum blond host of the hit "Diners, Drive-Ins and Dives."

Now Guy Fieiri has teamed up with a Portland law firm to help restaurant workers who are out of work.

Like almost all in the restaurant industry, Fieri is now self isolating at home. But he is still shooting episodes of his show while also promoting a new fundraising effort aimed at helping all those impacted by the now-shuttered restaurants.

"Yeah it started off... it was just a little... conversation with good friends of mine based out of Portland," said Fieri.

"Within I'm going to say 5 to 6 days, we raised $8 million and we're at $15 million now," he said. "Currently we are getting 40 requests a second on the website and we are on the process of right now of issuing 60-thousand $500 grants. It really goes to show the restaurant industry has been hit hard, tens of thousand of restaurants are closed, 3 million plus restaurant employees are without jobs."

There's been so many folks applying for the grant, the application process has been temporarily put on hold, which means the need for more donations is even greater.

"Forever, as long as we can remember, the restaurant industry has served us," said Fieri. "And now as the public, it's a chance for us to serve them."

And Portland is certainly a good place to do just that.

"You've got one of the most expansive food scenes going on anywhere in the country... I really mean that. It is an amazing food scene," Fieri said. "If we all help each other and take care of one another, we'll make it through this."