In the U.S. about 2,300 jobs will be cut through buyouts and layoffs. 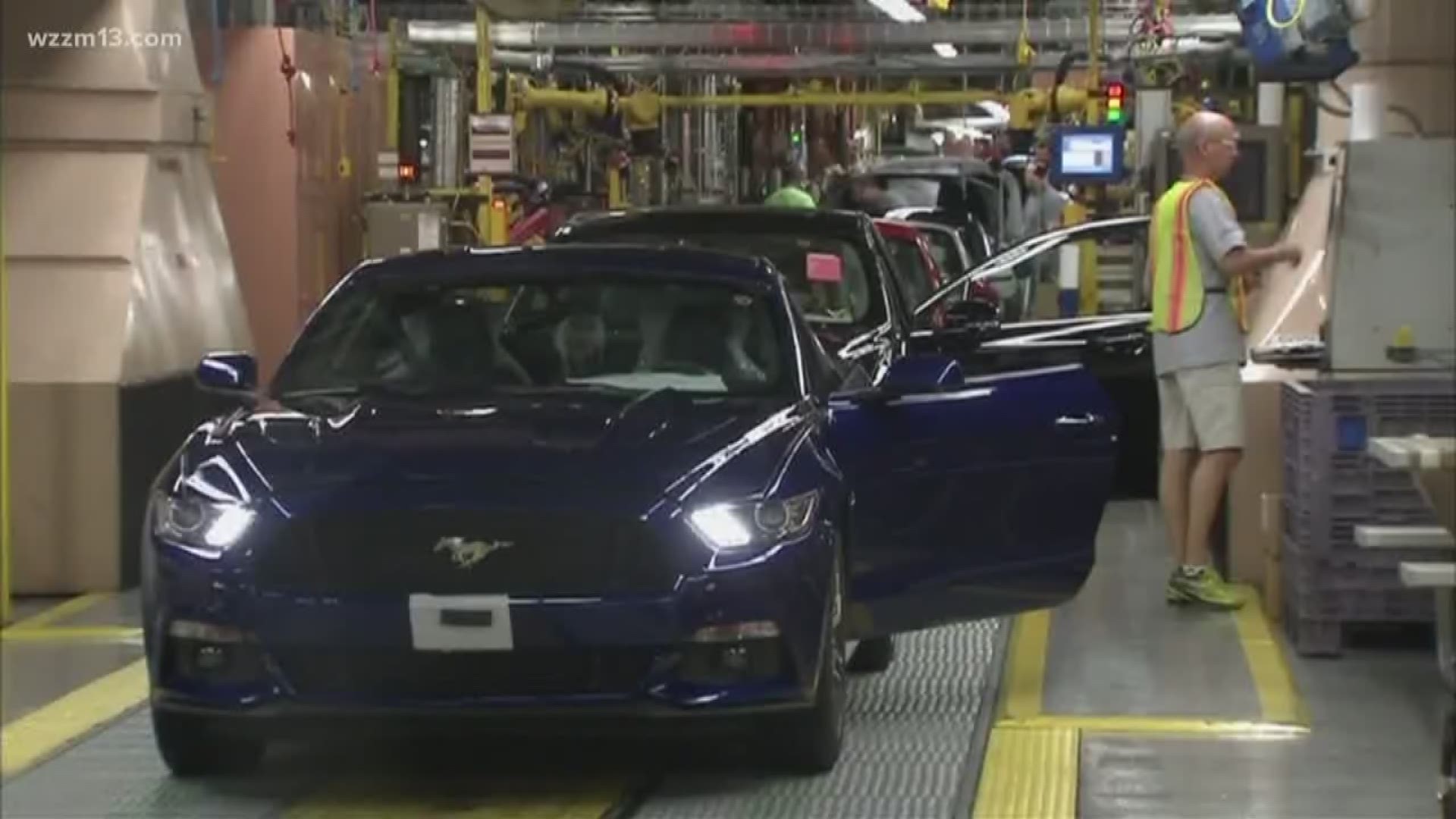 DETROIT (AP) — Ford revealed details of its long-awaited restructuring plan Monday as it prepared for a future of electric and autonomous vehicles by parting ways with 7,000 white-collar workers worldwide, about 10% of its global salaried workforce.

The major revamp, which had been under way since last year, will save about $600 million per year by eliminating bureaucracy and increasing the number of workers reporting to each manager.

In the U.S. about 2,300 jobs will be cut through buyouts and layoffs, Ford said. About 1,500 have left voluntarily or with buyouts, while another 300 have already been laid off. About 500 workers will be let go starting this week, largely in and around the company's headquarters in Dearborn, Michigan, just outside Detroit. All will get severance packages.

The layoffs are coming across a broad swath of the company including engineering, product development, marketing, information technology, logistics, finance and other areas. But the company also said it is hiring in some critical areas including those developing software and dealing with self-driving and electric vehicles.

In a memo to employees, Monday, CEO Jim Hackett said the fourth and final wave of the restructuring will start on Tuesday, with the majority of U.S. cuts being finished by May 24.

"To succeed in our competitive industry, and position Ford to win in a fast-charging future, we must reduce bureaucracy, empower managers, speed decision making and focus on the most valuable work, and cost cuts," Hackett wrote.

It's the second set of layoffs recently for Detroit-area automakers, even though the companies are making healthy profits. Sales in the U.S., where the automakers get most of their revenue, have fallen slightly but still are strong.

In November, General Motors announced it would shed up to 14,000 workers as it cut expenses to prepare for a shift to electric and autonomous vehicles. The layoffs included closure of five factories in the U.S. and Canada and cuts of another 8,000 white-collar workers worldwide. About 6,000 blue-collar positions were cut, but most of laid-off factory workers in the U.S. will be placed at other plants mainly that build trucks and SUVs.

Both companies have said the cuts are needed because they face huge capital expenditures to update current vehicles and develop them for the future.

At GM, the cuts brought withering criticism from President Donald Trump and Congress, especially the closing of a small-car factory in Lordstown, Ohio. Trump campaigned on bringing factory jobs back to the industrial Midwest. GM has since announced a possible deal to sell the Lordstown plant to a startup electric vehicle maker, but it hasn't been finalized.

Ford's white-collar employees had been fearful since last July when the company said the restructuring would cost $7 billion in cash and hit pretax earnings by $11 billion over the next three to five years. Many have been upset that it took so long for the company to make decisions.

Factory workers have not been affected by the restructuring thus far, as the company has retooled car plants so they can build more popular trucks and SUVs.

The layoffs, while large, weren't as bad as many had expected. Morgan Stanley analyst Adam Jonas predicted 25,000 white-collar job cuts late last year, a number that Ford would not deny.

Back in March, Hackett had told employees that Ford had added too many workers after the Great Recession, going from 160,000 worldwide in 2009 back to about 200,000 as the economy improved. While Ford was growing, its revenue growth didn't justify adding that many employees, he explained.

In Monday's memo, Hackett said that Ford is departing from past practices and letting laid-off employees stay a few days to wrap up their jobs and say good-bye to colleagues. In the past, laid-off workers would have had to pack up and leave immediately.

"Ford is a family company and saying goodbye to colleagues is difficult and emotional," Hackett wrote.

Hackett told workers that under the restructuring, managers now will have seven people reporting to them on average, up from five before changes were initiated began. That reduces management bureaucracy by one-third from before the "Smart Redesign" began. Before the restructuring, Ford had 14 organizational layers, but that will drop to nine or less by the end of the year, Hackett's memo said.

Shares of Ford closed Monday down slightly to $10.28. 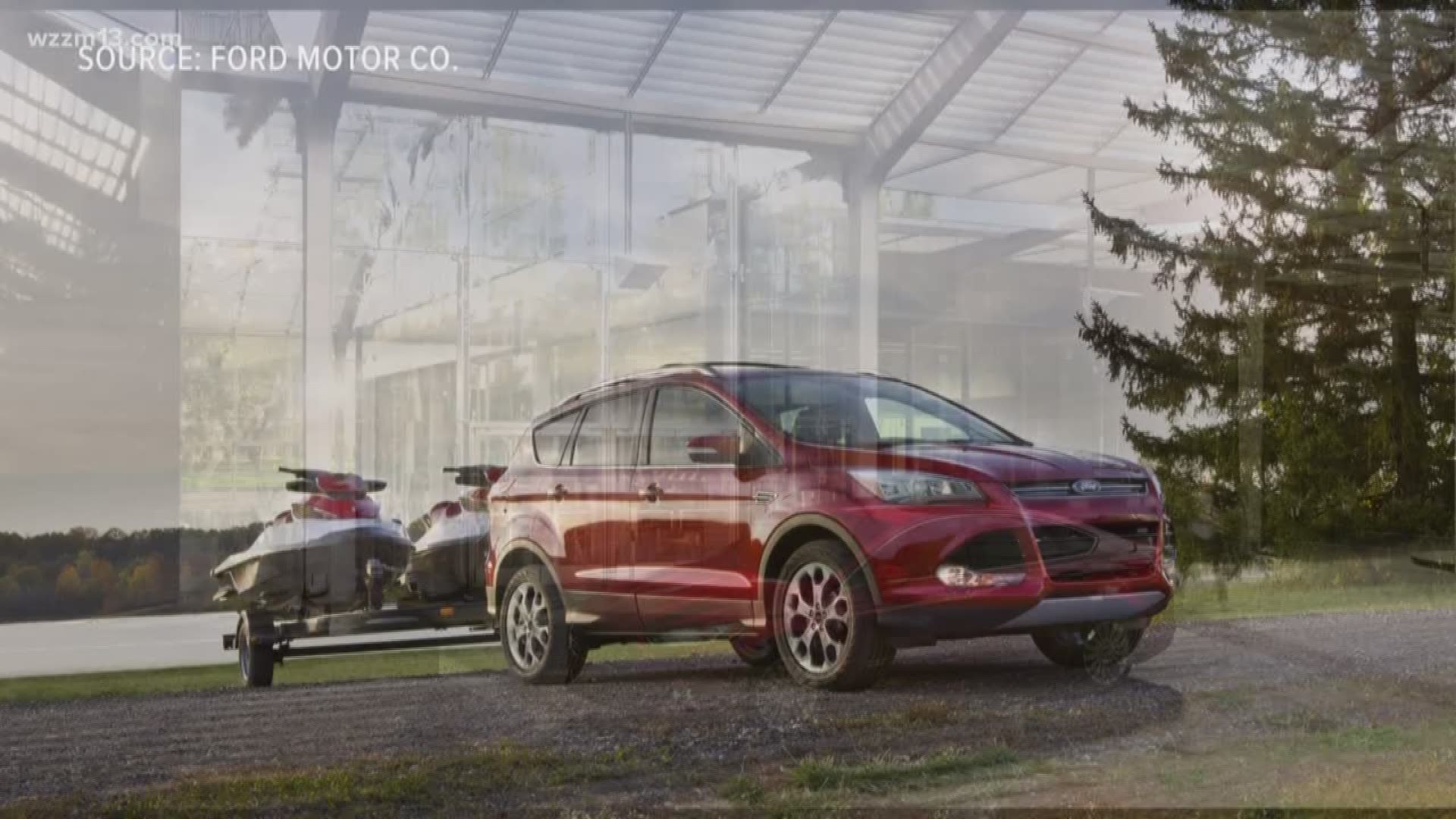