Shelley Luther reopened Salon a La Mode on Friday, despite state, county and local orders stating the salons should remain closed to stop the spread of COVID-19. 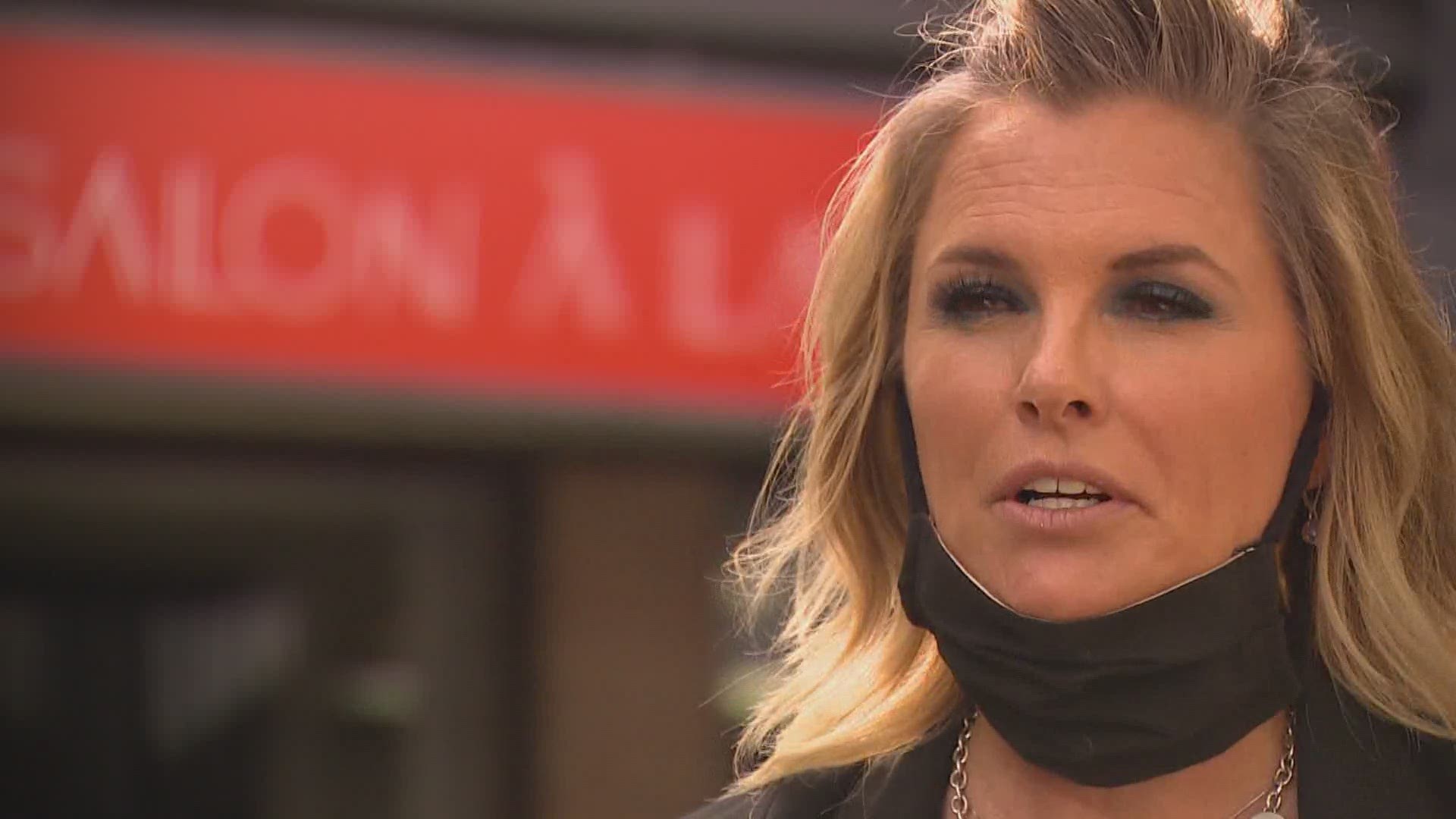 "I don’t really have a response yet because I don’t know what they’re asking, but I know that I’m not closing the salon," said Luther, within the hour of learning about the order.

The salon, which reopened last week, is ordered to close until May 12, court records show.

Attorneys for the City of Dallas argued that if the salon wasn't shut down immediately, local residents "will suffer irreparable injury." The City stated that if Luther's salon continues to operate people could face "irreparable injury" because COVID-19 is easily transmitted.

Luther said her attorney is preparing an appeal. Salon A La Mode remained open Tuesday where several clients came in for services, and Luther insisted she will remain open.

Gov. Greg Abbott announced Monday the first phase of plans to reopen businesses across Texas. Restaurants, retail shops, malls and movie theaters are allowed to open at 25% occupancy on Friday, but salons and barbershops must remain closed.

The state agency that oversees licensing says it has received numerous complaints against the Dallas salon. The Texas Department of Licensing and Regulation is investigating more than 500 complaints about businesses across the state. That includes complaints filed about Salon a La Mode.

"We actually have received more than 50 complaints, but we've opened 10 cases," said TDLR Spokeswoman Tela Mange about the Dallas salon.

Dallas police issued a citation against Luther on April 24, and Judge Clay Jenkins sent a cease and desist letter. However, Luther said she planned to remain open.

Luther has gained support from the community for opening, despite facing legal action. Over the weekend, she appeared at a rally in Frisco where she tore up her citation. Luther also had supporters arrive in person the day she opened.

"If I do end up going to jail or something happens, there’s a lot of people supporting me and I think there’s going to be an uproar," said Luther.

She plans to reopen her salon for business Wednesday morning.

A hearing on the restraining order is scheduled at 1 p.m. May 11.

More on Salon a La Mode: