Bump at the pump expected after drone attacks in Saudi Arabia

AAA estimates that gas prices could go up about 25 cents for a gallon of regular gas. 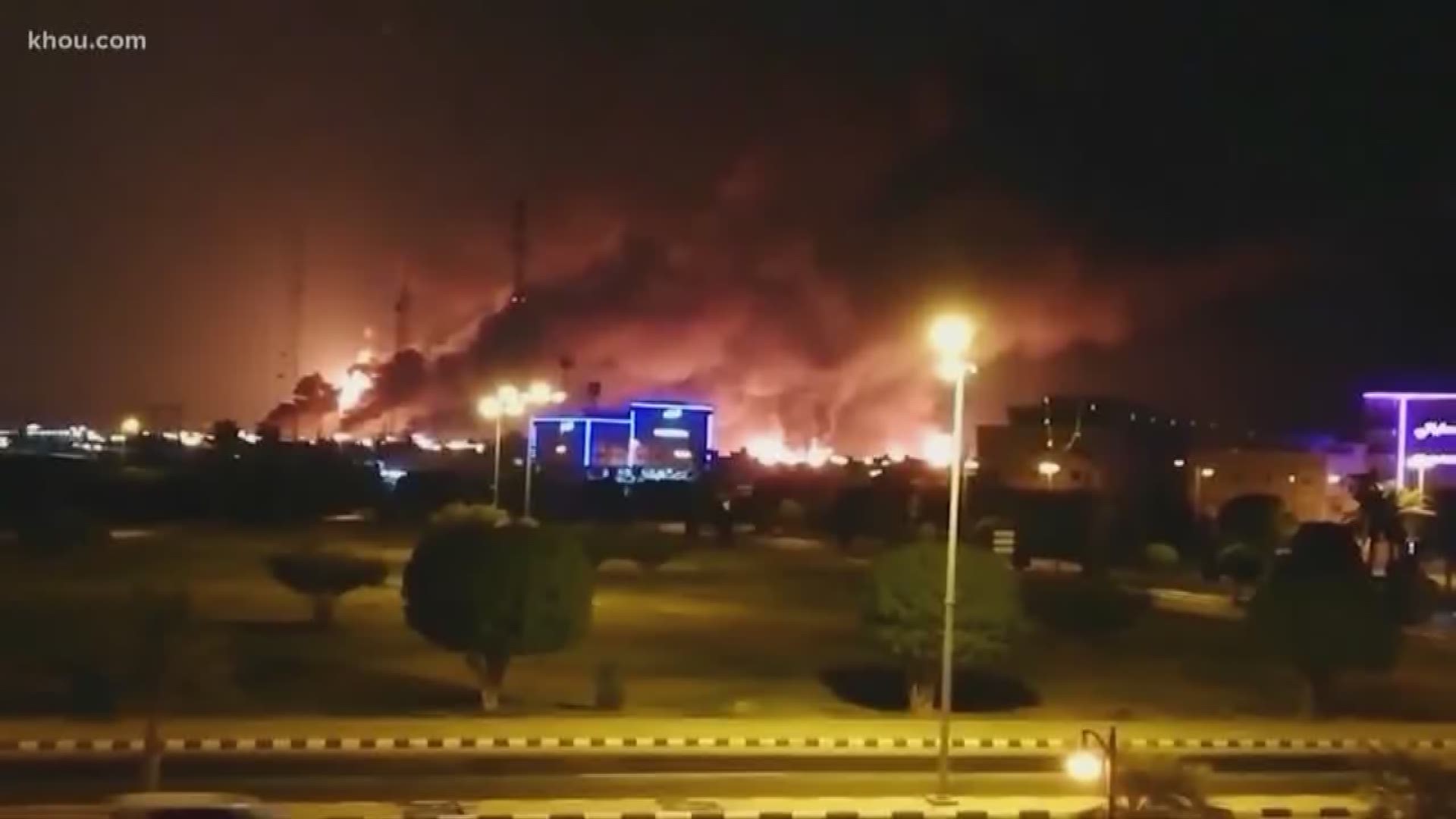 HOUSTON — Paying for gas in Houston isn’t too painful just yet.

But AAA predicts a spike in prices for the rest of September thanks to drone strikes over the weekend on two major Saudi Arabian oil facilities.

“I think, at four dollars, most of us would probably be choking,” said gas station customer Gilbert Villareal, who topped off his tank before prices start climbing. “I don’t think the U.S. can protect those pipelines in Saudi Arabia forever."

"It really has been just a matter of time,” said Hirs.

He told us the key is recovery, especially when you consider that 10-percent of America’s crude oil originates in Saudi Arabia.

RELATED: Trump: US locked and loaded for response to attack on Saudis

"The United States and China both have very substantial strategic reserves of petroleum, including refined product," said Hirs. "So, both countries could access those supplies to help keep prices down and, perhaps, keep us from going into a global recession.”

It’s a mixed bag for Houston because energy companies can actually benefit from higher gas prices.

But prolonged issues overseas, including any possible retaliatory attacks, would have a much deeper impact.

"We’re still very dependent and very exposed to the actions in the world market for oil,” said Hirs.

Despite a bump at the pump, most people don't seem ready to seek other ways to get around.

"I think it will go higher," said gas station customer Edgar Chico.  "Hope it doesn’t go that far, like several years ago.”

Fortunately, Texas is among the nation’s least expensive gas markets.

At last check, the average cost for regular was $2.26 a gallon.

Hawaii and California were both above $3.60.