The Houston Airport System expects 800,000 passengers at both Bush and Hobby airports. 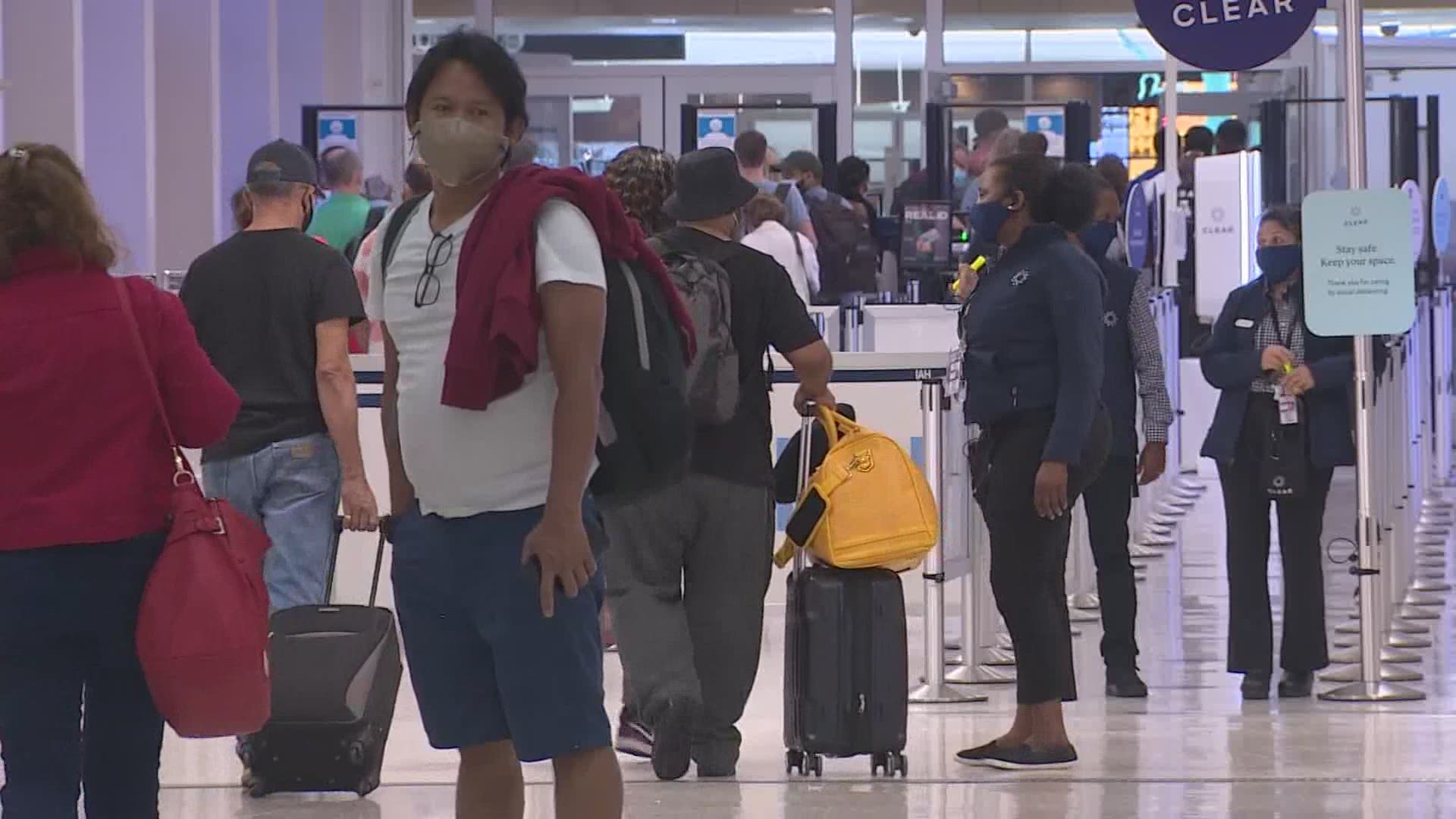 "The airports have picked up for sure,” said traveler Michael Farin who was flying from Phoenix to Dallas via Bush Intercontinental.

It’s not pre-COVID traffic, but anything is an improvement.

"This last time I traveled I was moving from Houston to Florida and it was like, you know, a ghost town," said traveler Cheyenne Morman. "And now it isn’t anymore."  "So, I think thinks are really getting back to normal.”

Air travel is expected to soar this #MemorialDayWeekend as the pandemic eases. I’m monitoring things at @iah where folks are heading everywhere from Miami to Vegas. Hear from them + what Houston airports are expecting: @KHOU beginning at 4:00 ✈️ #khou11 pic.twitter.com/6exdxmHCtW

The Houston Airport System expects the six-day Memorial Day weekend travel period this year to be about 25% less busy than two years ago.

But look no further than the most recent monthly data to see a sharp uptick.

"Sometimes we’ve been at airports and there was like almost nobody there,” said traveler Meagan Henderson.

Some air travel experts say the industry is recovering faster and better than many expected after losses totaling more than $370 billion last year.

That’s a trip Weigle and her family of six took by car during the pandemic.

But they were among those looking forward to flying again.

"Traveling with the kids, being able to do things with them,” said Weigle.

There are some COVID-related measures still in place.

Those include the federal mask mandate at all U.S. airports and onboard airplanes.

You should also plan to arrive early as crowds pick up.