WUSA9 reached out to the shirt's designer, Josue Martinez of Corinto Gallery, to get the scoop on his now iconic work. 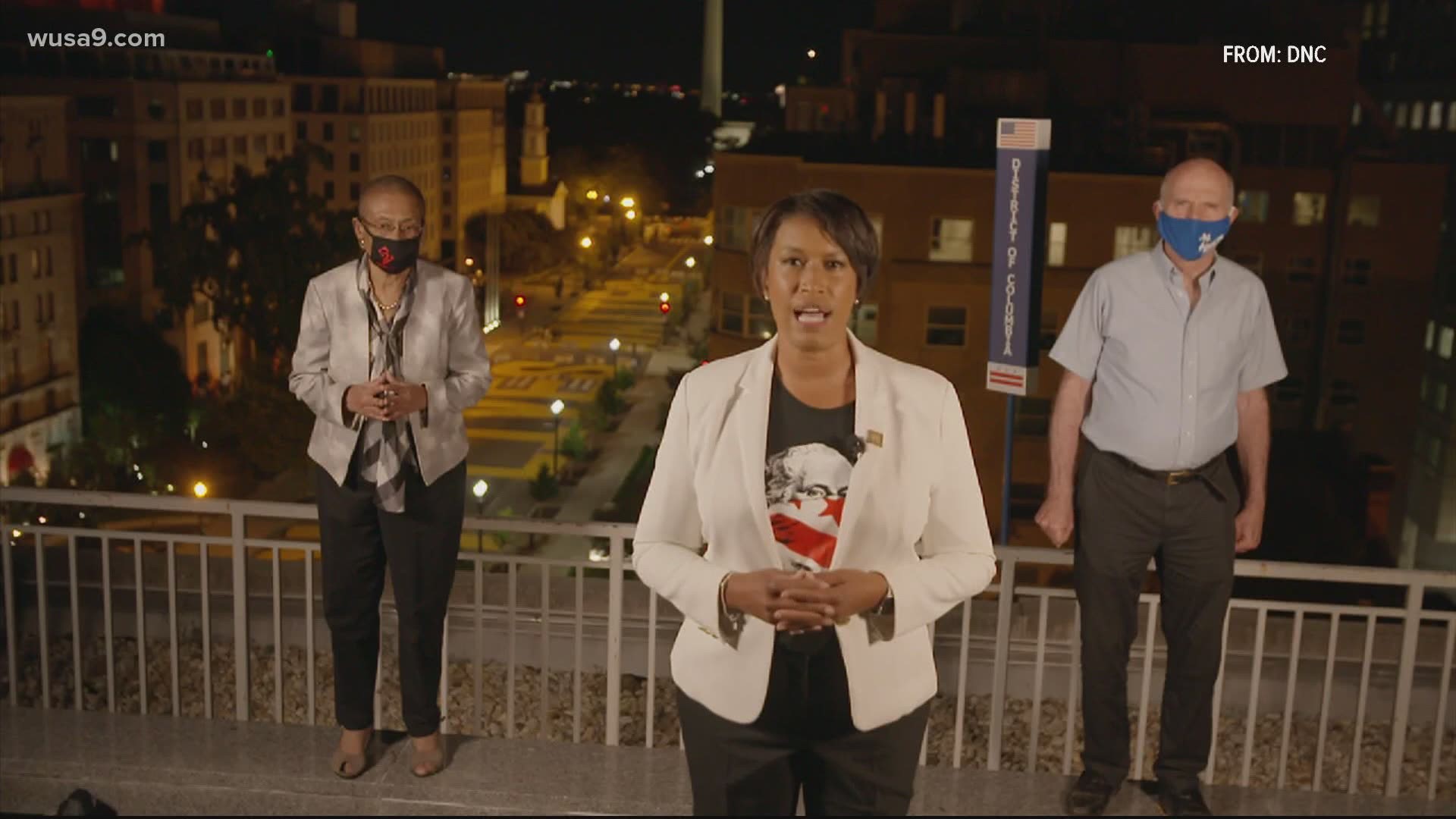 WASHINGTON — D.C. Mayor Muriel Bowser has used Black Lives Matter Plaza twice as her backdrop during presentations at the 2020 Democratic National Convention. Monday, she spoke on the District's fight for racial justice, and Tuesday she represented the city during the roll call portion of the evening when Joe Biden was officially nominated as the Democratic presidential candidate.

And yet, what got the attention of social media was the mayor's outfit choice Tuesday, specifically her T-shirt. Tweet after tweet asked where she had gotten it.

DMV locals don't have to go far to get their hands on the design, cleverly called Gangster George.

RELATED: 'Story of our nation's capital is a story of reckoning' | Mayor Bowser speaks on racial justice at DNC

“I had no idea that she was going to wear it, none whatsoever," the owner of D.C.-based Corinto Gallery Joseu Martinez said. "I was just watching TV [when I saw that] my phone was just getting a massage, getting another message. And then Instagram getting tagged. I'm like, okay, what's going on?”

Martinez said his friends and family were the first to recognize his design on national television.

“It was an honor, especially coming from her," Martinez said. "She's the mayor and the love that she has for the city of ours, you know, and passion she has for the artists who were out here. We're doing our thing and she picked that particular design to wear. She's just a great supporter of D.C. artists, small businesses, just trying to help us stay afloat."

The shirt featured the mascot of the Corinto Gallery, Gangster George, a design dreamt up by Martinez himself. The D.C. native is a passionate multimedia artist and graphic designer. He made Gangster George to show off his pride for D.C. and it quickly turned into a symbol of the ongoing debate over taxation without representation in the District.

“Philly, they have ‘love’ that's become their iconic thing. New York has the ‘I Love NY’. But I'm like, how come D.C. doesn't have anything?" Martinez said. "Being from D.C., I wanted something to represent that . . . and also to represent that we don't have a voice."

Martinez moved to Prince George’s County from El Salvador when he was just 10 years old. His gallery is named after the municipality that he was born in, Corinto. His team consists of two volunteers and himself.

“I'm humbled, I'm honored to be able to be doing what I love to do,” he said.

So much of his art is D.C.-themed, and he said he has a message for other locals out there, trying to chase their dreams.

You can find his designs on everything from a T-shirt to art prints and even skateboards.

Visitors wearing a mask are welcome at the gallery by appointment, which can be booked directly through his website or on Instagram.