Medano Creek is one of the few places in the world to experience surge flow - a stream flowing in rhythmic waves on the sand. 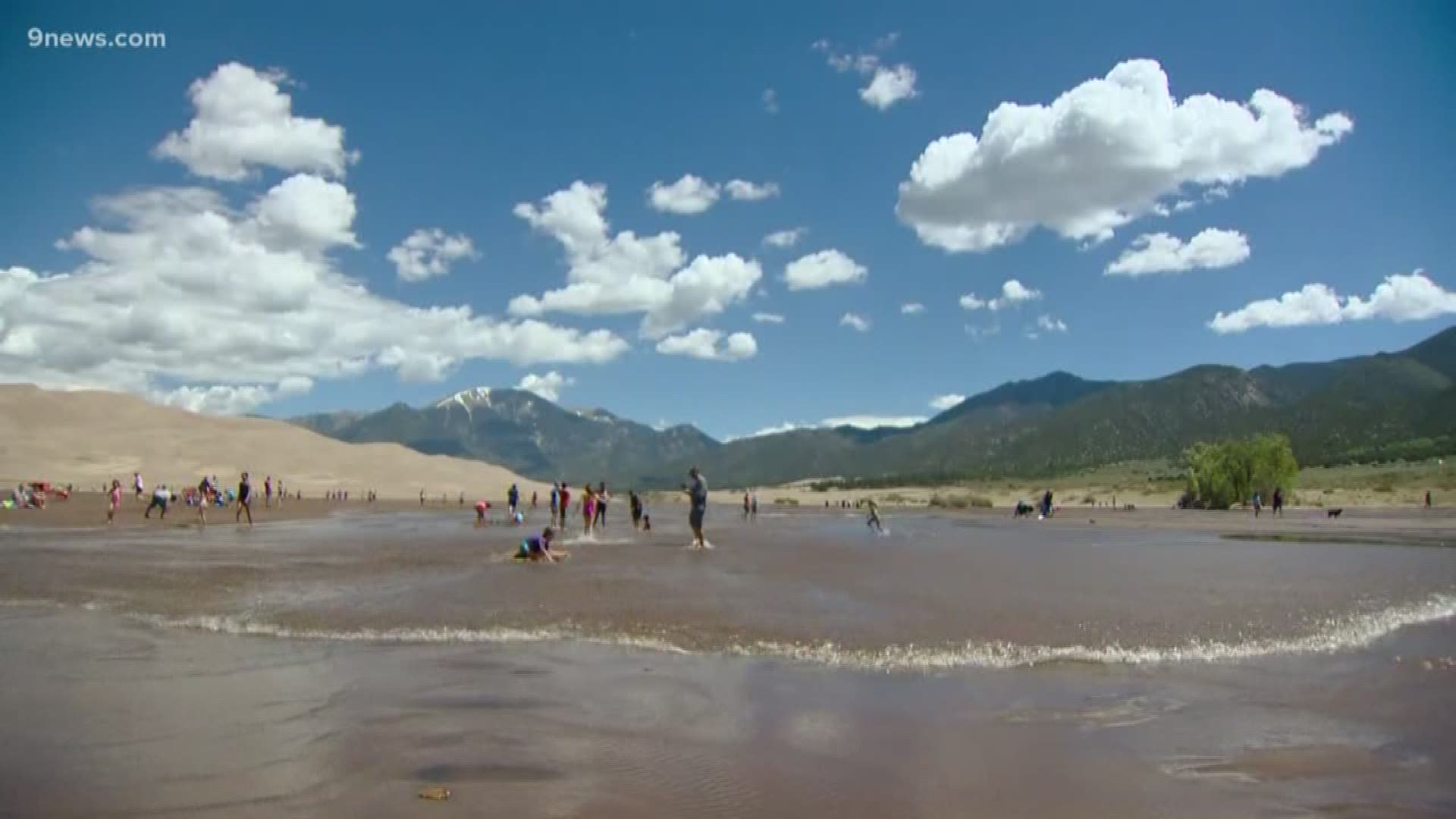 ALAMOSA, Colo. — A particularly wet winter and spring at the Great Sand Dunes National Park in southern Colorado has resulted in some changes to a rare, natural phenomenon at the park.

Snowpack in Medano Pass is currently 160% above average for this year, and cold temperatures have slowed snow from melting into Medano Creek where surge flow typically occurs in late May, according to the National Parks Service (NPS).

Surge flow is a rare, natural occurrence where a stream flows in rhythmic waves along the sand. Three elements are needed to produce the phenomenon: a relatively steep gradient to give the stream some speed, a smooth creek bed with little resistance, and enough water to create surges.

The heavy snowpack and wet spring at the park means that Medano Creek's flow is now forecasted to 160% above average in depth and duration for 2019.

Currently, the creek is experiencing small surge flow and is about 20-40 feet wide and 1-4 inches deep, the NPS said. Warming temperatures and increased snowmelt in the next few weeks will increase the surge flow in the creek. 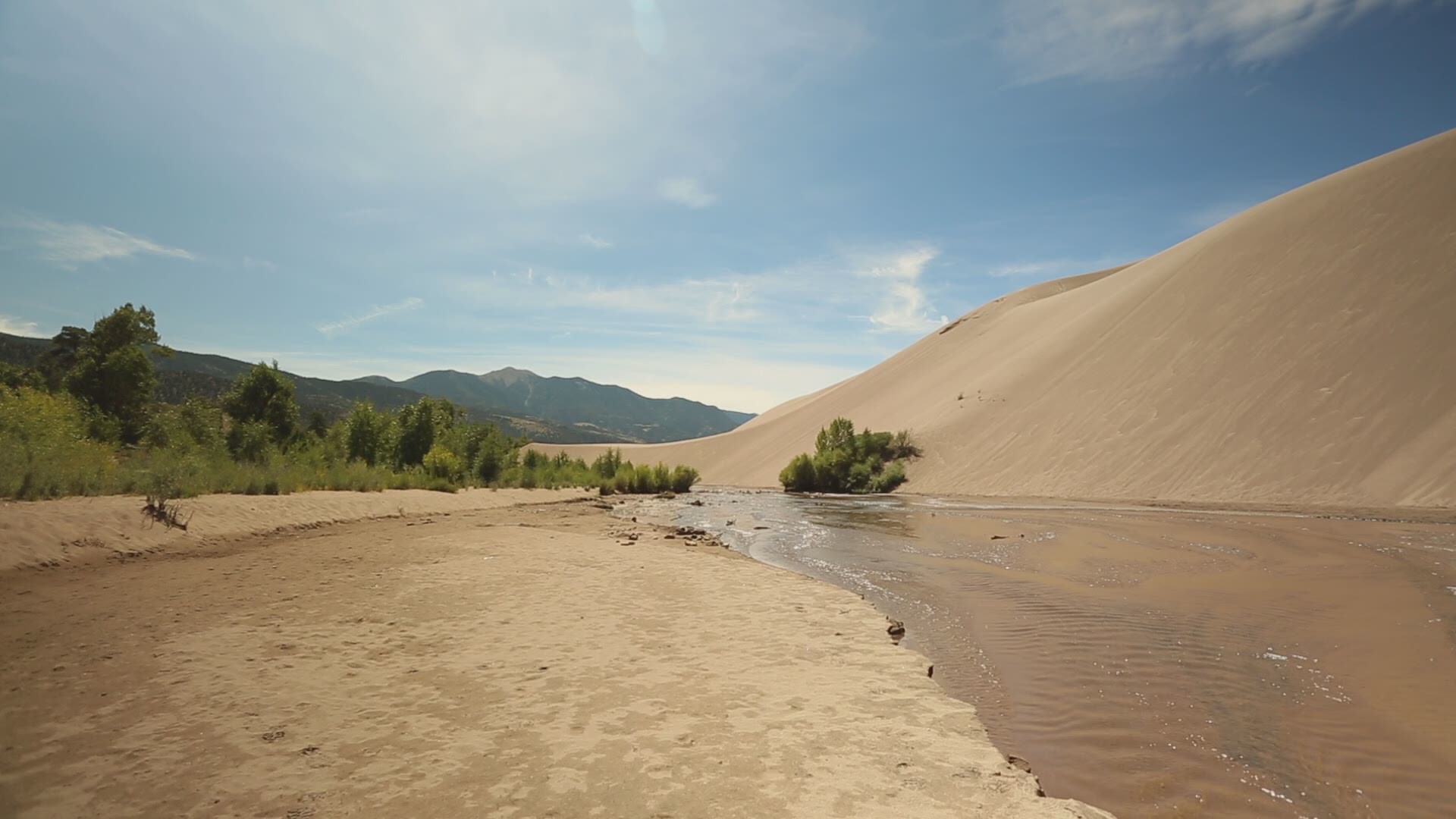 According to the NPS, an average peak flow of around 40 cubic feet per second (cfs) usually occurs in late May or early June, but current flow is only 22 cfs. This year, peak flow is expected to happen sometime in the first half of June, with some shallow flow likely to continue into July.

Flow is generally highest at dawn, and lowest at dusk, the NPS said.

Just last month, the Great Sand Dunes were designated as an International Dark Sky Park for the exceptional quality of its dark night skies and commitment to preserving and educating visitors about the night sky.

The park is located in southern Colorado about 40 minutes northeast of Alamosa.

Great Sand Dunes National Park and Preserve
After a very cold, snowy winter and spring, temperatures are starting to warm. Today has been mostly calm and sunny, and Medano Creek's flow is starting to rise from increased snowmelt. Follow...