While some of this is attributed to people wanting to get out after being cooped up, it’s not the only reason. 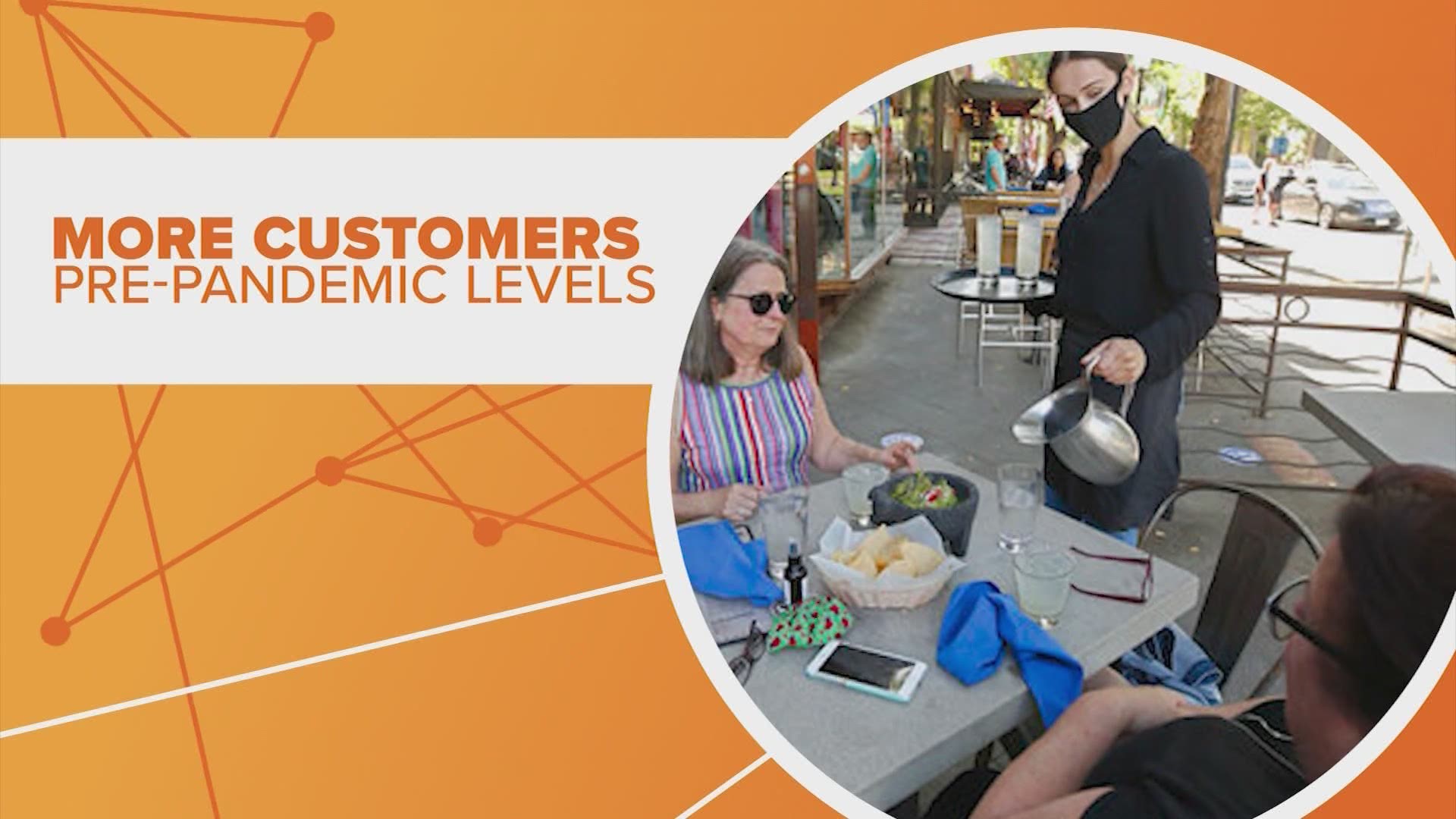 As the country starts to reopen people are flocking to restaurants, but it’s not just because people are missing their favorite spots.

The restaurant industry was hit hard by the pandemic. According to some estimates, 17 percent of all restaurants in this country either closed permanently or long-term after COVID hit.

Now that restrictions are easing, people are ready to go out to eat again. Both Yelp and OpenTable report surging numbers.

But according to the metrics, things aren’t just returning to normal. In some places, restaurants are actually attracting more customers now than they did pre-pandemic.

RELATED: US restaurants and stores raise pay as desperation for workers grows

While some of that is attributed to people wanting to get out after being cooped up, it’s not the only reason.

Industry experts also credit customers with money to spend after saving cash last year. Plus some restaurants have more room after being forced to expand, especially when it came to outdoor dining.

Also, there is more turnover. Restaurants report customers are not lingering like they used to, freeing up more tables.

But this restaurant recovery is not country-wide. Industry watchers say cities known for their dining scenes, like New York, Los Angeles and San Francisco are not doing as well as cities like Houston, Las Vegas and Miami where restaurants are seeing more customers than before the pandemic.