Timmy the dog was nearly euthanized, but now has found his 'furever' home with Nana

With a little help to get him from Texas to Michigan, Timmy and Nana have found a new life with one another. 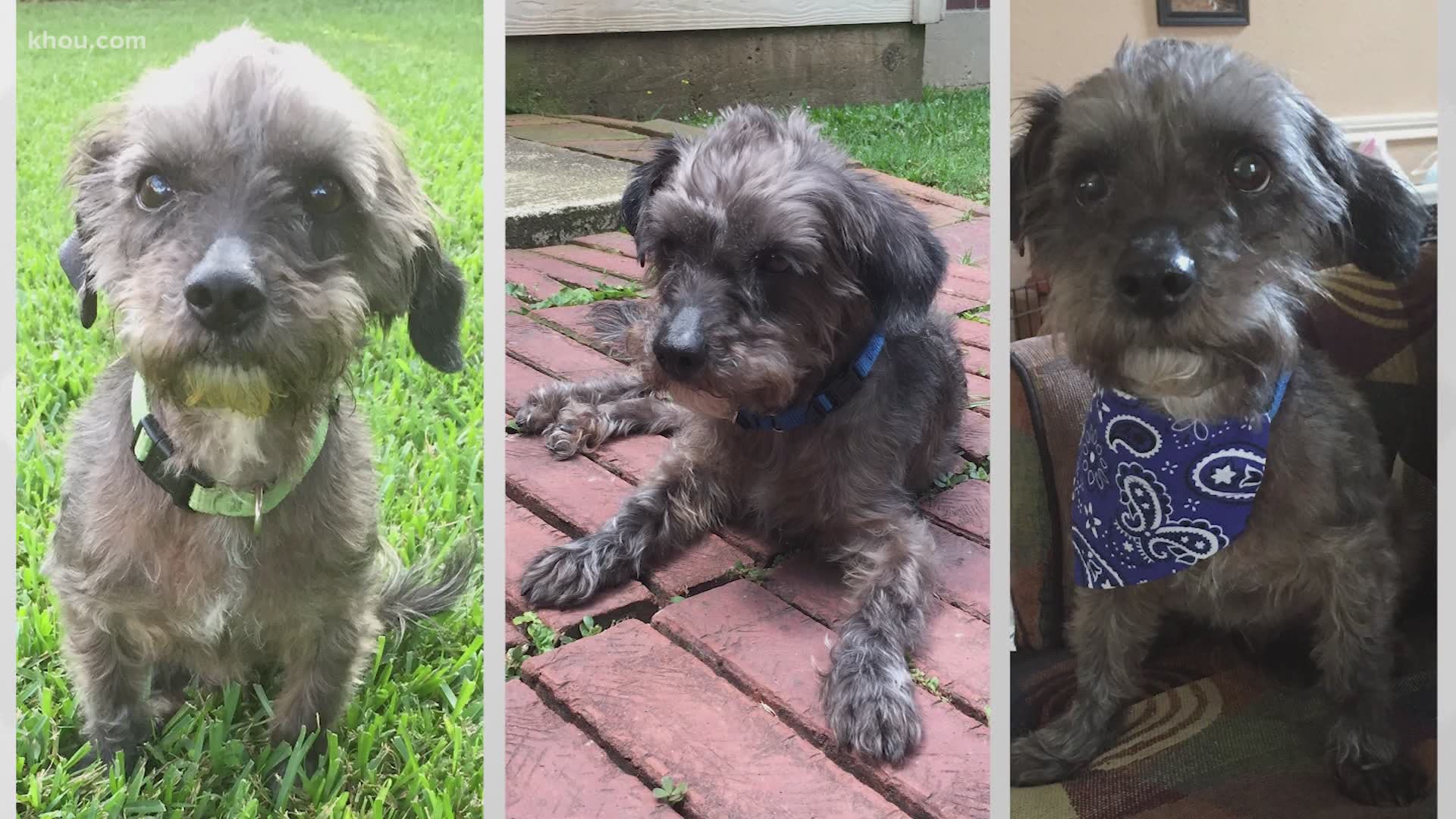 HOUSTON — Timmy the dog has had a tough life. The scruffy mutt was hit by a car earlier this year. His pelvis was in pretty bad shape. A San Antonio shelter was going to euthanize the 10-year-old boy.

"I got Timmy as a foster a few weeks ago," said the Houston woman who nursed him back to health and taught him to sit and stay. She posted photos of Timmy and a little bio online, hoping someone might adopt him.

"And Amber in Michigan saw him and fell in love with him and wanted to get him for her grandmother."

Amber's Nana, Sallie Farrell, lost her husband in 2010, then lost her dog last year. Finding a replacement has been hard. Acres says it's because there aren't many shelter dogs in Michigan. "The ordinances up there are different."

Timmy's too fragile to make a drive north, so Acres used Nextdoor to ask me if I'd reach out to Southwest Airlines and see if the airline would be willing to fly him to Michigan.

Timmy was hit by a car, set to be put down by a San Antonio shelter.#CamoRescue in Houston saved him.
A volunteer nursed him back to health.

A Nana in Michigan wanted to adopt him. COVID-19 made travel hard.

So @SouthwestAir stepped in.

From well wishes at the gate to handmade signs held up by southwest employees on the tarmac to snuggles from flight attendants and pilots, the photos may melt your heart.

"At Southwest Airlines, we believe in connecting People to what’s important in their lives. We are honored to be able to play a small role in helping get Timmy to his forever home," Southwest said in a statement to KHOU. "Southwest Employees are known for the Hospitality they show each Customer, and we appreciate the efforts our Employees in Houston, Nashville, and Detroit made to ensure Timmy and Kelley had a special trip home."

And we're hearing Nana Farrell now has so much more life, in her.

A video chat was too complicated for the 78-year-old. But her granddaughter shared videos with us, commenting that Timmy is a great addition to Nana's home.

"This is no small thing," said Acres. "For all of this to come together, it was like the dominoes. And everybody was so willing."

That's the incredible thing about heroes, there's always room for one more.

RELATED: The pandemic kept her from flying to Houston to visit her family, so Michele Tristan wrote a song to share her feelings