Dogs are dying face-first in snack bags: What pet owners need to know

Common snacks contain a deadly 'silver lining' – a Mylar layer meant to preserve fresh snacks that can create a barrier a dog can’t chew through. 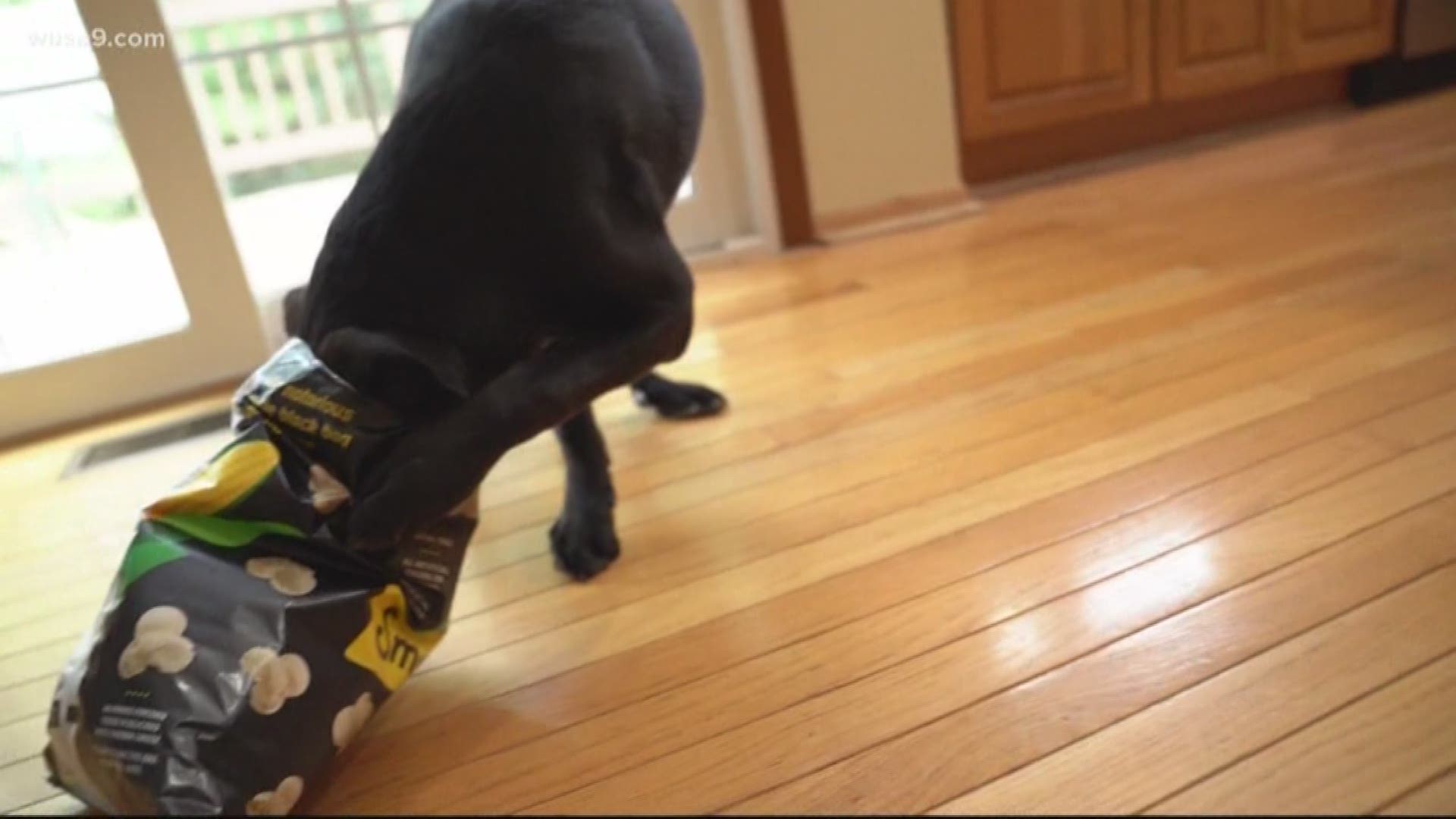 “I went downstairs and I found him unresponsive with a Goldfish bag around his neck," Reese, of Silver Spring, Maryland, said. "At that point, he was stiff."

So does Bonnie Harlan.

“He had knocked over lamps and tables and things like that before he finally suffocated. It was a horrendous way to go,” Harlan, of Houston, said.

And so does Chester, Virginia's, Debbie Smith.

“[He] was starting to swell and such. It was just unbearable," Smith said. "He was my life for 10 years. I wept like a baby for days and weeks."

RELATED: Do not feed your dog this food. It may have Salmonella or Listeria

All three dogs fell victim to their own hunger – alone, confused, and in the darkness of a suffocating snack bag.

Online, there are playlists labeled “funny videos” of dogs with their heads stuck in chip bags. But dogs are dying because of these bags more often than people realize.

RELATED: Do not feed your dog this food. It may have Salmonella or Listeria

The bags are a danger to dogs of all shapes and size. In the D.C. region alone, they've killed a retriever, a terrier and a Shih Tzu. The death toll was enough for Harlan to create the “Prevent Pet Suffocation” support group.

“My vet said to me, Bonnie, I could have warned you of a hundred things, but the chip bag would never have been one of them,” Harlan said.

This is one of the few times the proverbial “silver lining” can be deadly. Mylar meant to preserve fresh snacks can create a barrier a dog can’t chew through. But many types of snack bags can wrap around a dog’s snout.

“It wasn’t that he was so hungry, it’s that he got his face so deep in there and couldn’t breathe anymore. It just instantly knocked him out. It’s hard. It’s hard. I blamed myself,” said Smith, whose retriever Rocky choked on a bag without Mylar.

The American Veterinary Medical Association (AVMA) doesn’t know how many dogs die a year from snack bags – but it's clear that it's not a rare phenomenon. In a survey conducted by the AVMA, more than 1,300 pet owners said their pets suffocated due to a bag between 2014-2018. That's hundreds of pets a year.

More than a quarter of respondents said the bags had been in or near the garbage or recycling. Twenty-two percent were on a coffee or side table, 13% on the counter, 6% outside, 6% on the kitchen or dining table and 25% in other locations.

Thirty-nine percent of respondents were at home when their pet suffocated.

“I think adding a simple warning label can go a long way to helping spread the word," Harlan said. Harlan says she has not received plans of action from leading snack makers. WUSA9 attempts to reach snack companies went unanswered.

All the families talking to WUSA9 shared these steps for prevention: Put snacks in containers if you can. Secure your trash cans. When done with snack bags, cut them up.