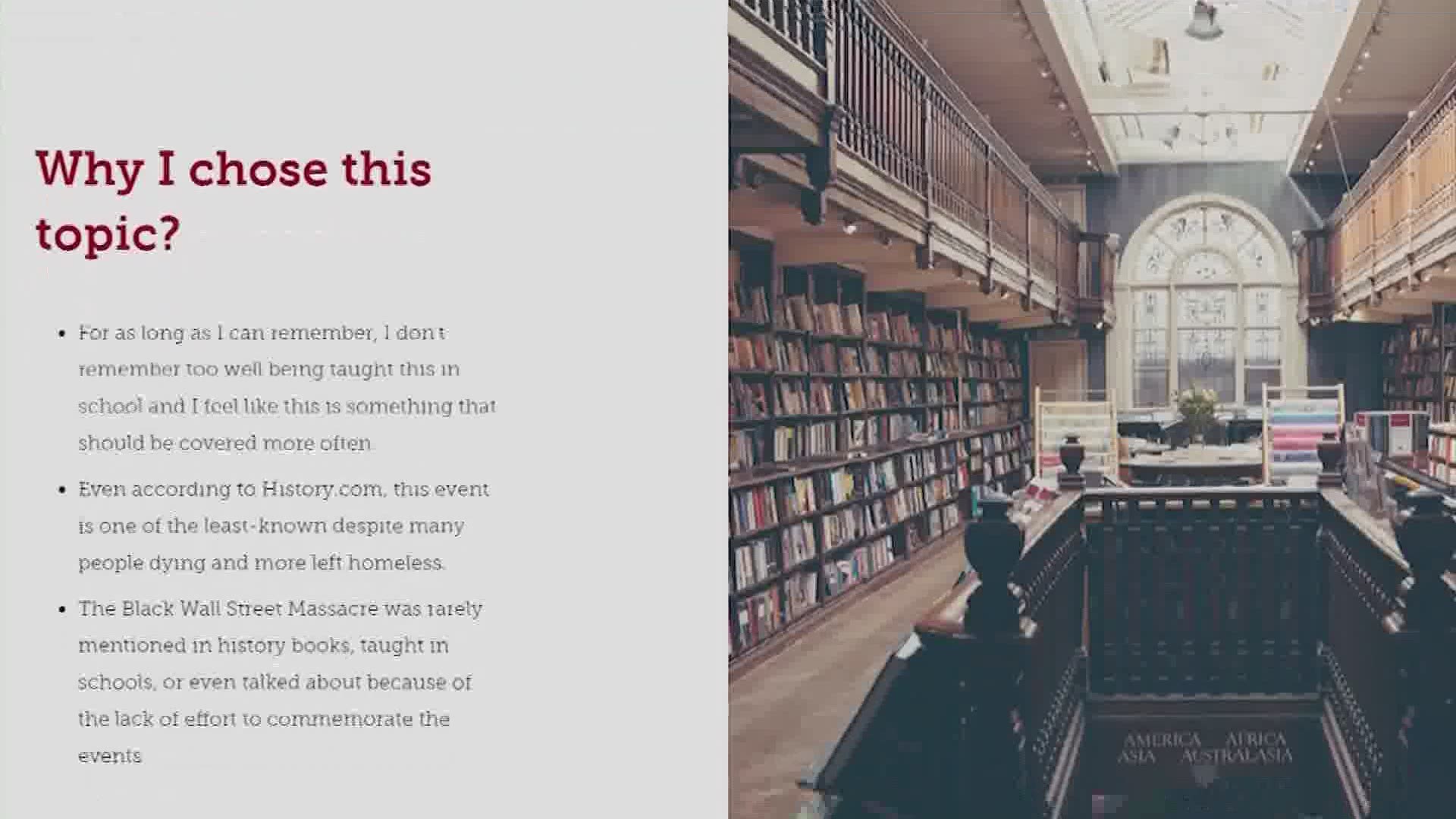 "One thing I love about my students is they are open and wanting to learn about the Black culture and the Black community, and Black history,” said teacher Shyra Moody.

Moody and several students spoke with KHOU about what they’ve been doing for Black History Month.

It happened 100 years ago this coming May.

"Obviously, I’ve learned about people like MLK and Rosa Parks," said Fraire. "But something like the Black Wall Street Massacre was something I’ve really ever even heard of once, but even then I wasn’t taught it."  "I didn’t know the specific details.”

Many of us know about the infamous 1964 murders of three civil rights workers in Mississippi thanks to movies and TV.

"We’re learning about Black history and racial injustice and I’m pretty sure we can make a movement to the next generation trying to make that better,” said Gomez.

It's a generation about which their teacher is very optimistic.

"And that’s one of the things we focus on here at Furr is giving our students a voice,” said Moody.