Three years since being elected County Judge, Lina Hidalgo reflects on the history she made and the Hispanic heritage that shapes her decisions. 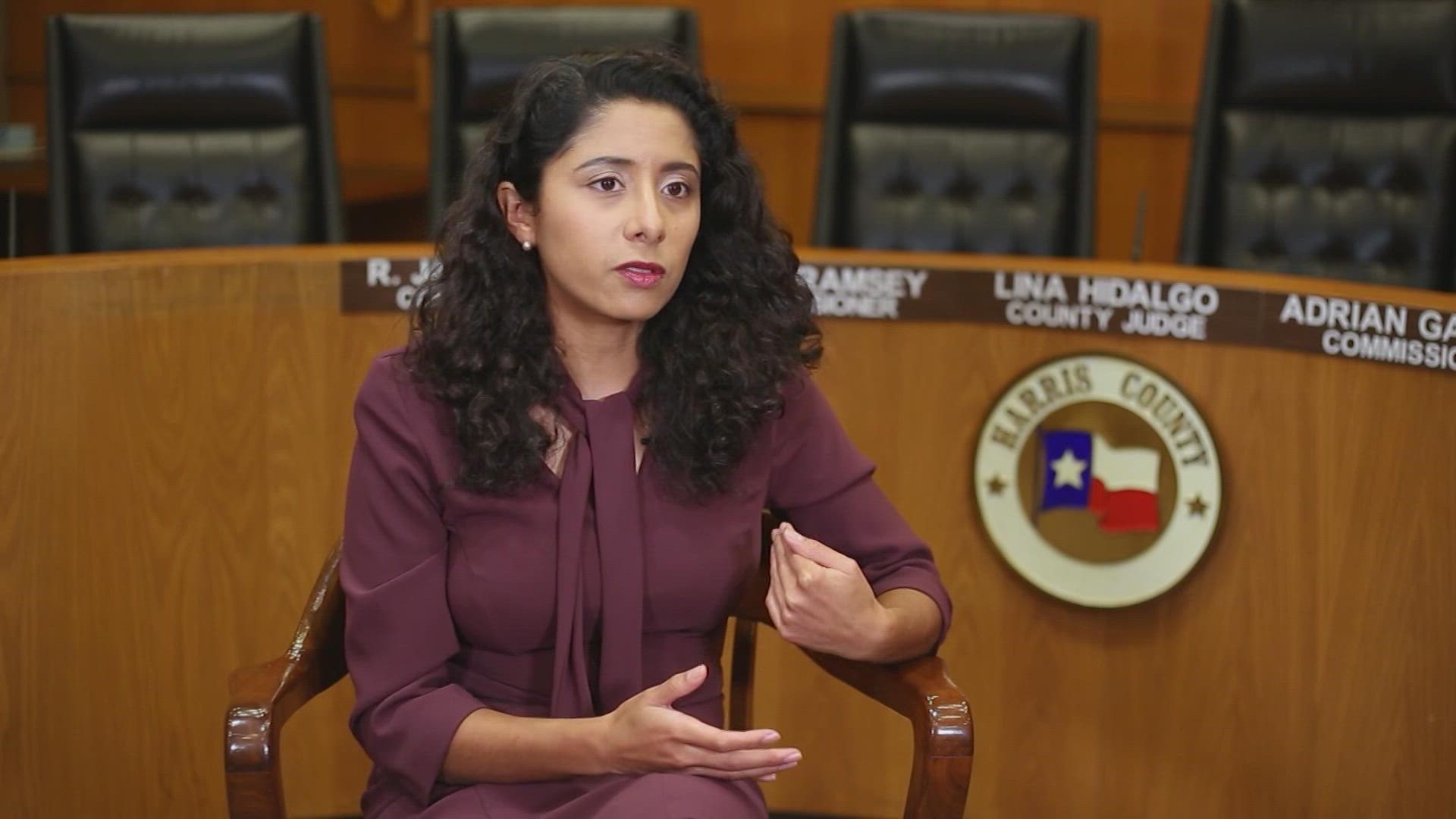 HARRIS COUNTY, Texas — Harris County Judge Lina Hidalgo is in charge of one of the country's largest counties and is the first Latina to ever hold the job.

KHOU 11 News sat down for a 1-on-1 interview with Hidalgo to celebrate Hispanic Heritage Month.

Hidalgo's journey to Election Night 2018 began miles away from Houston in Bogota, Colombia where she was born in the midst of a bloody drug war.

"A bomb went off a few blocks from my house," recalls Hidalgo. "The windows in the living room shattered. At that point my parents said we need to find something else."

Her family moved to Peru and spent several years there, before later moving to Mexico.

"Growing up in Latin America I had seen government as something to avoid, as a source of corruption, a source of danger really," said Hidalgo.

By the age of 14, her family moved to the U.S and her eyes were opened to a new reality.

"It wasn't until I came here that I saw government as something positive," said Hidalgo.

RELATED: How to celebrate Hispanic Heritage Month in Houston | List of events

Hidalgo would go on to graduate from Seven Lakes High School in Katy. She'd go to college and travel the world. Political office not on her radar until President Trump's election in 2016.

"I ran in part because of attacks on not only the Hispanic community, but on unity as a whole," said Hidalgo.

She set her sights on the office of Harris County Judge challenging popular long time incumbent Ed Emmett, and she won.

Her win was historic. At 27 years old she became Harris County's first female and Hispanic County Judge. That brought its own set of challenges and critics who questioned if she was ready.

"It's different when you're a man and not a minority, and we all know that," said Hidalgo. "When it's a man its enterprising, but when it's a woman it's like 'bless her heart.'"

Now nearly three years into the job, she's led the county through disaster after disaster from petrochemical explosions and fires to major storms and now a life changing pandemic.

She's been the face and voice Harris County listens to mid-crisis. For the first time consistently offering remarks in English and Spanish.

What her position means to the Hispanic community is impossible to ignore.

"It's not lost on me the significance of having a face you don't normally in this position," said Hidalgo. "When I have a young person tell me 'hey I'm running for this or that,' sometimes they win and sometimes they lose, but the fact they do it, and say 'I'm doing it because I didn't know it was possible until I saw you in that position.'"

She says her Hispanic heritage and diverse background makes her a stronger leader able to bring different perspectives and approaches to decisions that effect us all.

"Of course I'm from the community I'm from, I'm proud of that, and I hope I set an example," said Hidalgo. "Ultimately whatever I do, I represent all communities."

As far as Hidalgo's future political inspirations, she says she's not closing the door on anything, but for now remains focused on reelection and earning another term as Harris County Judge. 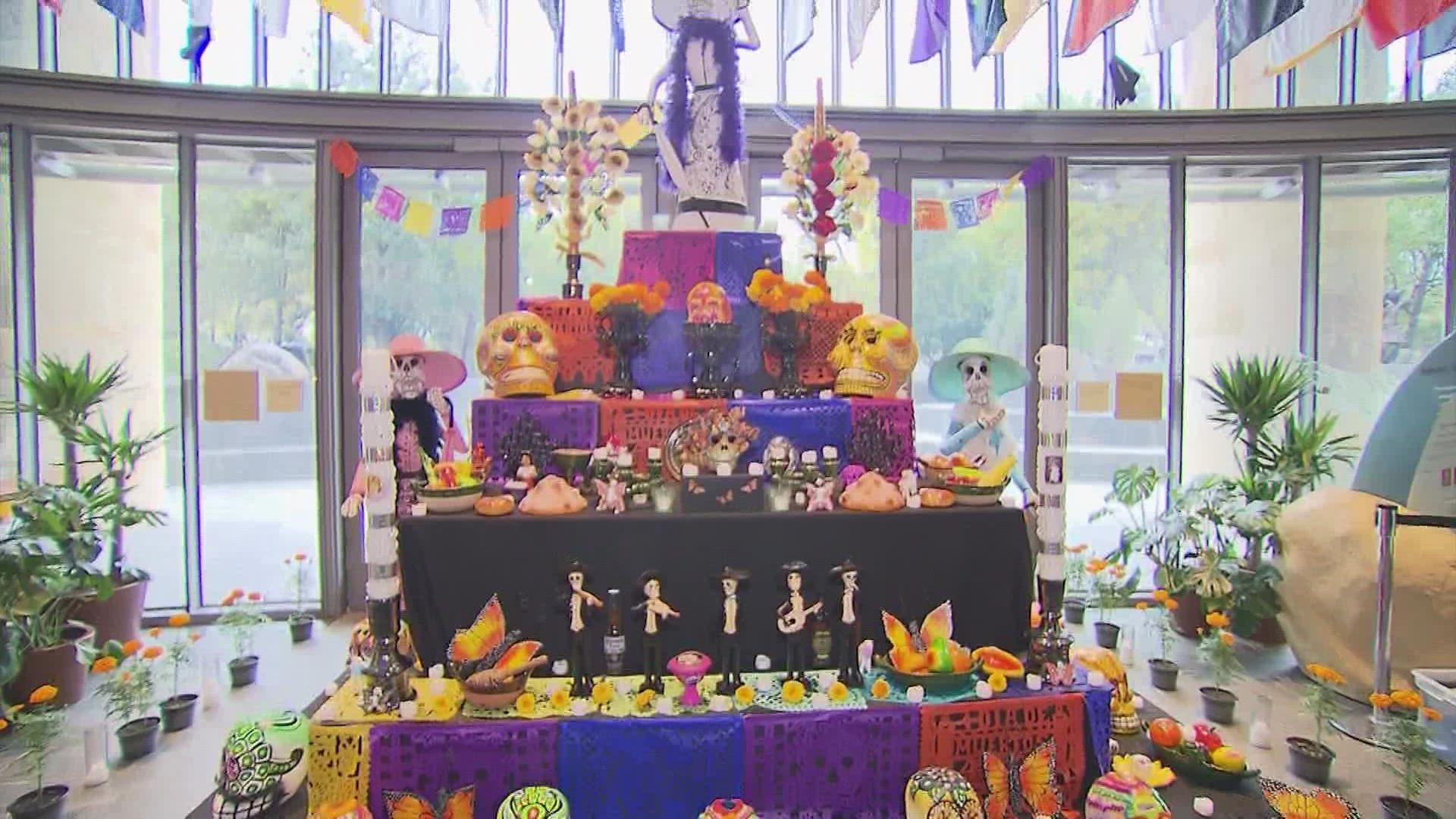