Here’s where Kathy Whitmire, Houston's first woman mayor, has been living for the last 20 years

She recently chatted with KHOU 11 via Zoom, reflecting on her past leadership and her hope for the city’s future. 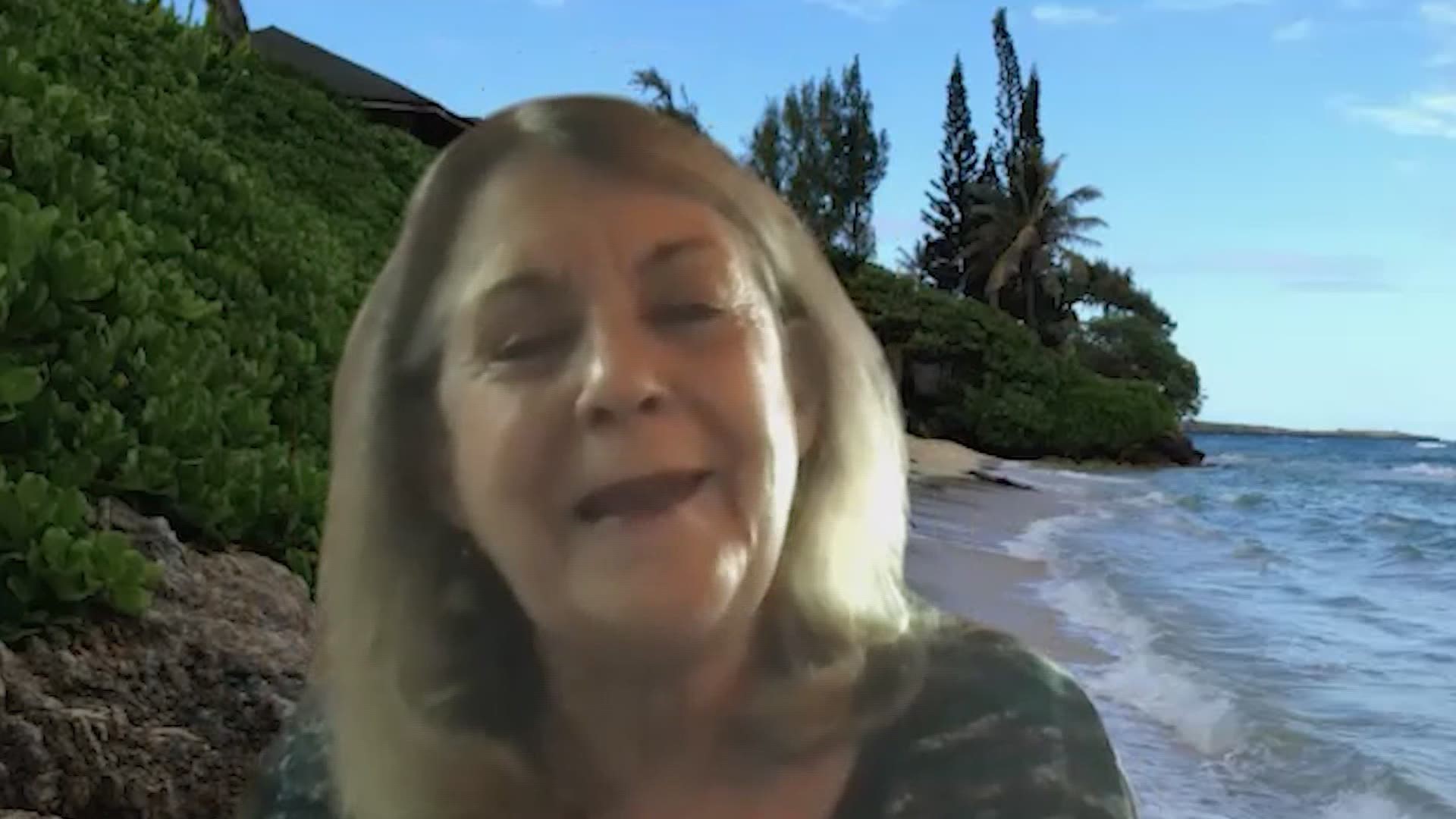 HOUSTON — As KHOU 11 wraps up Women's History Month, we're spotlighting trailblazer Kathy Whitmire, who was the first woman to serve as Houston's mayor.

This year marks 40 years since she was first elected to office. We caught up with the pioneer and asked her to look back at her most memorable career moments.

In the UH Libraries Special Collections archive room, you'll find box after box dedicated to preserving the mark Whitmire made on Houston's history. The first woman to be elected to Houston government, Kathy has never been one to back down from a challenge.

Believe it or not, she not only doesn’t live in Texas anymore, she’s not even on the mainland.

Whitmire tells us she has been living in Hawaii for the last 20 years. Via Zoom, she told us her heart will always be in Houston — where she was born and raised.

A graduate of University of Houston's business school, Kathy went on to earn a master's degree in accounting, later becoming a CPA in a field dominated by men.

Inspired by the women's movement, her father and her late husband Jim Whitmire's stint in local politics, Kathy began her political career in the Bayou City as City Controller, back in 1977.

"There were a lot of people who didn't think I would have a chance, but I ended up not only being the first woman elected to any office at city hall, but I was also the first CPA to be elected to the office of City Controller," said Whitmire.

Shortly after, Houston City Magazine featured her on their cover as a superhero, asking "Will Controller Kathy Whitmire become Houston's political wonder woman?"

Four years later, she was elected Houston's first woman mayor, leading one of the largest cities in the country and sparking change.

She would go on to win four more terms as mayor.

Forty years later, looking back, Kathy shared some of her most memorable moments

"I still consider that to be my most important decision," said Whitmire.

To getting a city plagued by economic downturn in the 80's, back on its feet.

"The fact we were able to overcome it, and the city became more diversified economically, is something I'm very proud of," she said.

Boosting spirits along the way, and thrusting Houston into the national spotlight, after the city hosted one of the biggest laser shows in 1986. More than a million people attended the concert.

"It was the most amazing night," said Whitmire.

She oversaw the opening of the Wortham Theater Center

"I think the focus on the arts and on developing the beauty of Houston, the green space, the performing and visual arts was a defining part of my administration," said Whitmire.

She offered advice for the next generation of young women looking to lead.