It's a fall many wouldn't survive, but Reilly Hamilton is ready to get her life back. 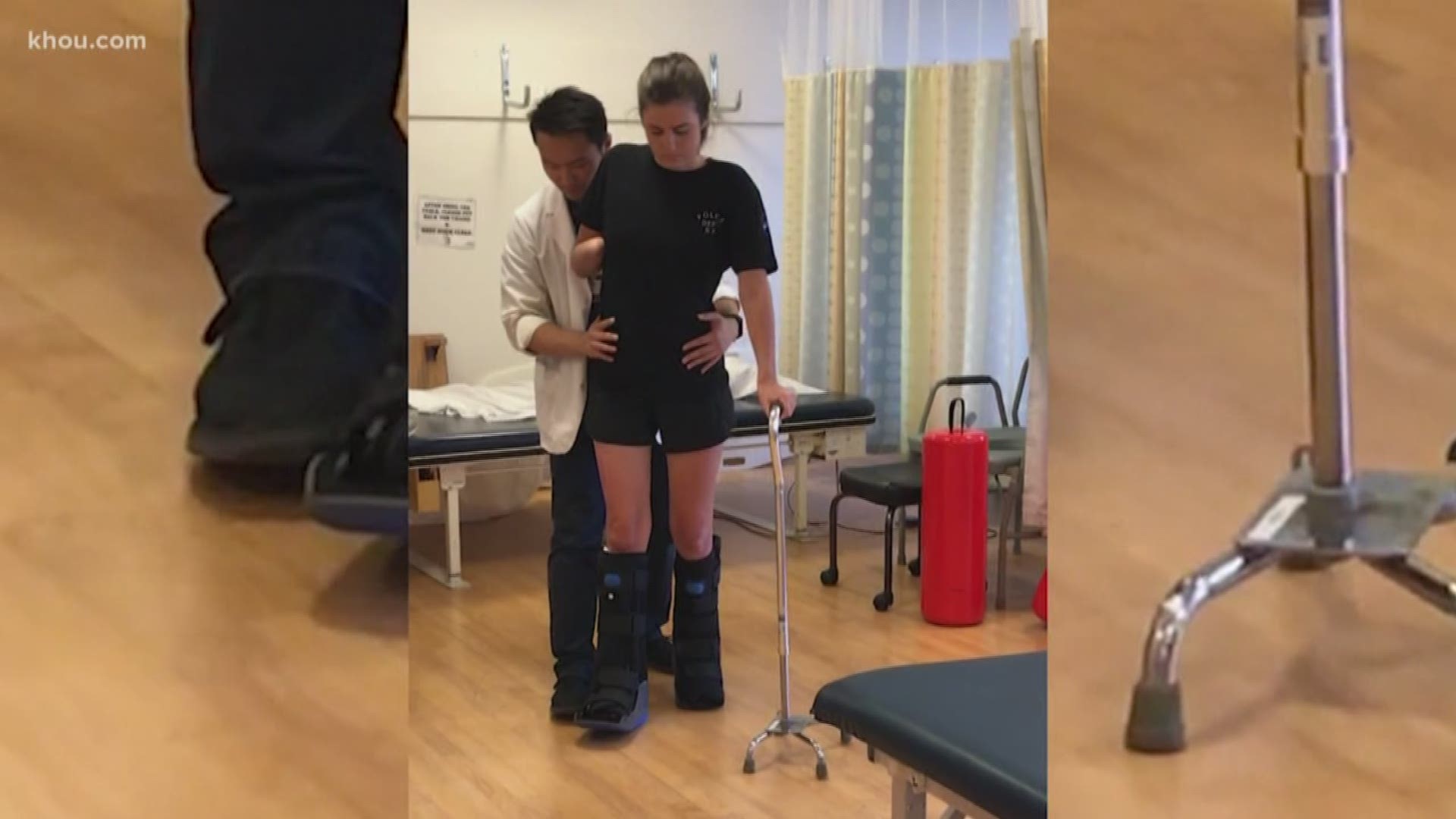 A New York woman is getting her life back after falling seven stories from the rooftop of her apartment.

She’s in Houston for rehab at TIRR Memorial Hermann, and today, she's already up and walking.

At 23 years old, it’s the life Reilly Hamilton was ready for - a big job in the 'Big Apple,' the beginning of a new chapter.

“If you had told me this was going to happen to me, I would’ve never believed you," Hamilton said.

A May visit from friends was just another memory in the books, until it became a moment that changed her life forever.

“We had done a bunch of things that day, and then we went back to my apartment to watch the Kentucky Derby," Hamilton said.

It was something she did often.

“When I have people over, I take them up there because it’s a really cool view of the city," Hamilton said.

Dinner on the deck, and then up to the roof to relax. But this time, walking back down, her foot was closer to the edge than she thought.

“I didn’t really feel like I was in danger. So I was turned around talking to her, and I just mis-stepped yeah," Hamilton said.

A simple slip seven stories high. The 23-year-old plummeted off the ledge to the ground below.

“Kind of stepping off and knowing like, oh my God, what did I just do," Hamilton said.

Reilly suffered broken bones throughout her body, a punctured liver, but no brain damage.

“I think the majority of people would not survive anything like a fall. And even if they survived, the high likelihood is that they would have severe injury to their brain or spinal cord," Clinical Chief of Neuromuscular Rehabilitation at TIRR Memorial Hermann Dr. Jacob Joseph said.

An early complication took Reilly’s hand, but everything else, she’s taking back.

Her guard dog, Golden Retriever and greatest fan, Gus is always by her side.

“Just like looking at him is therapy. Being able to pet him, have him here with me," Hamilton said.

Today, Reilly knows that it’s one step at a time even if she stumbles.

Because that’s the goal - getting her life back.

“I look up at the buildings, and I count how many stories. And it’s just like I can't even comprehend that, and it freaks me out to think that I fell that far," Hamilton said. “I want kids and to work and have all of those things so hopefully, that is in my future.”