A Schertz man bought a home video camera to catch criminals. But now he's hoping to catch a good neighbor.

Tony Boyce lost his wallet. His Nest camera caught the good citizen who returned it. Now he's hoping you can help find him. 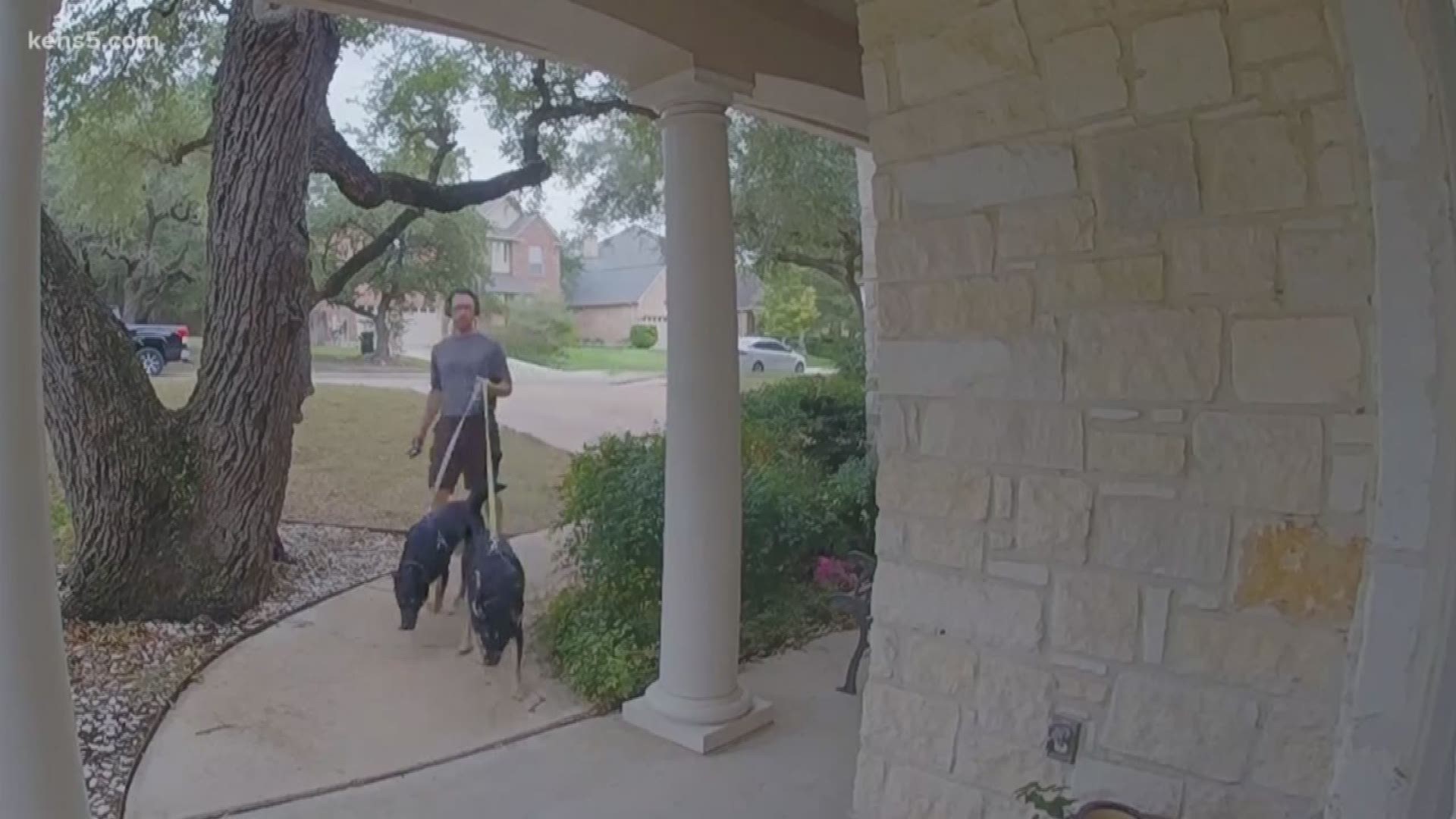 SCHERTZ, Texas — Most of the time you see home surveillance video in our headlines, it’s being shared to catch a criminal. But one Schertz man is hoping that by sharing his video, it will help catch a good neighbor.

Tony Boyce had been looking for his wallet for a couple of days.

“I searched high and low, and I couldn’t find it,” Boyce said. “I had to go to the bank and couldn’t do any banking without my ID.”

When Boyce returned home on Wednesday to search one more time, he was surprised to find that there it was—his wallet placed right by his front door.

Boyce said he reviewed his Nest camera footage. What it showed was a man who, while walking his two dogs, picked up his wallet from the end of his driveway, walked up to his house and placed it by the door.

His wallet was returned by an honest dog-walker, with all the contents still inside.

And now he is hoping he can find this neighbor in shining armor.

“Watching that video is just kind of a tear-jerker at first, just to know somebody went out of their way to make sure it got returned to its rightful owner,” Boyce said.

He said he bought the Nest camera to catch criminals, and was surprised to see a good deed caught on video.

“When you pull up those videos, all the time, it’s a fight or somebody’s taking a package, something like that going on,” Boyce said.

Boyce is hoping now, that video will help catch a caring citizen.

“I’d love to shake his hand, and thank him for being such a good-hearted person."

He said he wants to offer a token of gratitude to the good soul who saved the day, and his faith in humanity.

“It says a lot about the character of people, that there’s still good people out there,” Boyce said. “You see a lot of bad stuff in the news, but it’s really heartening to know that there’s people like that still out there.”

Do you know the good neighbor in the video?  If so, send us a note at news@kens5.com,  so we can help connect Boyce with his neighbor.