On Monday, the scientists behind the study talked to the public for the first time. 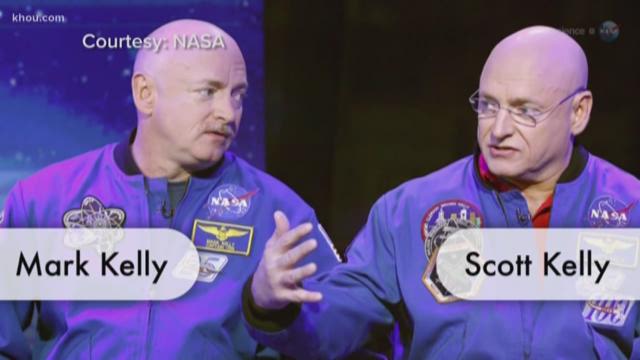 HOUSTON — New information from NASA’s groundbreaking ‘Twins Study’ could get the U.S. one step closer to putting a human on Mars, while researchers say it could also improve life on Earth.

On Monday, the scientists behind the study talked to the public for the first time.

The first set of findings from the study, which featured 10 separate research teams collecting and sharing data as a larger team, were released in April. The team tracked astronaut Scott Kelly during his year in space, comparing his body's biological information to that of his identical twin, retired astronaut Mark Kelly, who remained on Earth.

“It seems as if the body is continually adapting to the spaceflight environment,” said Dr. Christopher Mason of Cornell University, speaking during a press conference Monday morning.

A few of the team’s findings include drastically more frequent gene expression, a thicker artery and retina, longer protective caps on chromosomes linked to aging, and an immune system on kicked into high alert while functioning normally.

The team found most changes to Kelly's body returned to normal within six months of returning to Earth. However, cognitive performance took longer to recover.

"(Scott Kelly) was asked, 'How long did it take you to get back to normal?'” said Dr. Mathias Basner of the University of Pennsylvania, recalling a press conference in April. “He said, 'About half a year', and actually his partner said it was more like eight months."

The scientists say the research also helps on Earth.

“Some of the lessons that we’ve learned from this study and then even related studies have already helped how we look at patients in hospitals here,” said Dr. Mason.

Following their press conference Monday morning and before their public talk, the 10 researchers answered questions from visitors to Space Center Houston.

Margaux Haiber, a recent college graduate hoping to work with genetics, traveled from Austin with her mom, Jayne, to see the exhibit and talk. The two were visiting Texas from Baltimore, Maryland.

“That was really cool to actually be able to speak with them and see kinda where their research is going, how they got there, and things that they found,” said Haiber.