The same determination that made Christoffer Cox an elite gymnast is now etched on his face during therapy sessions at TIRR Memorial Hermann. 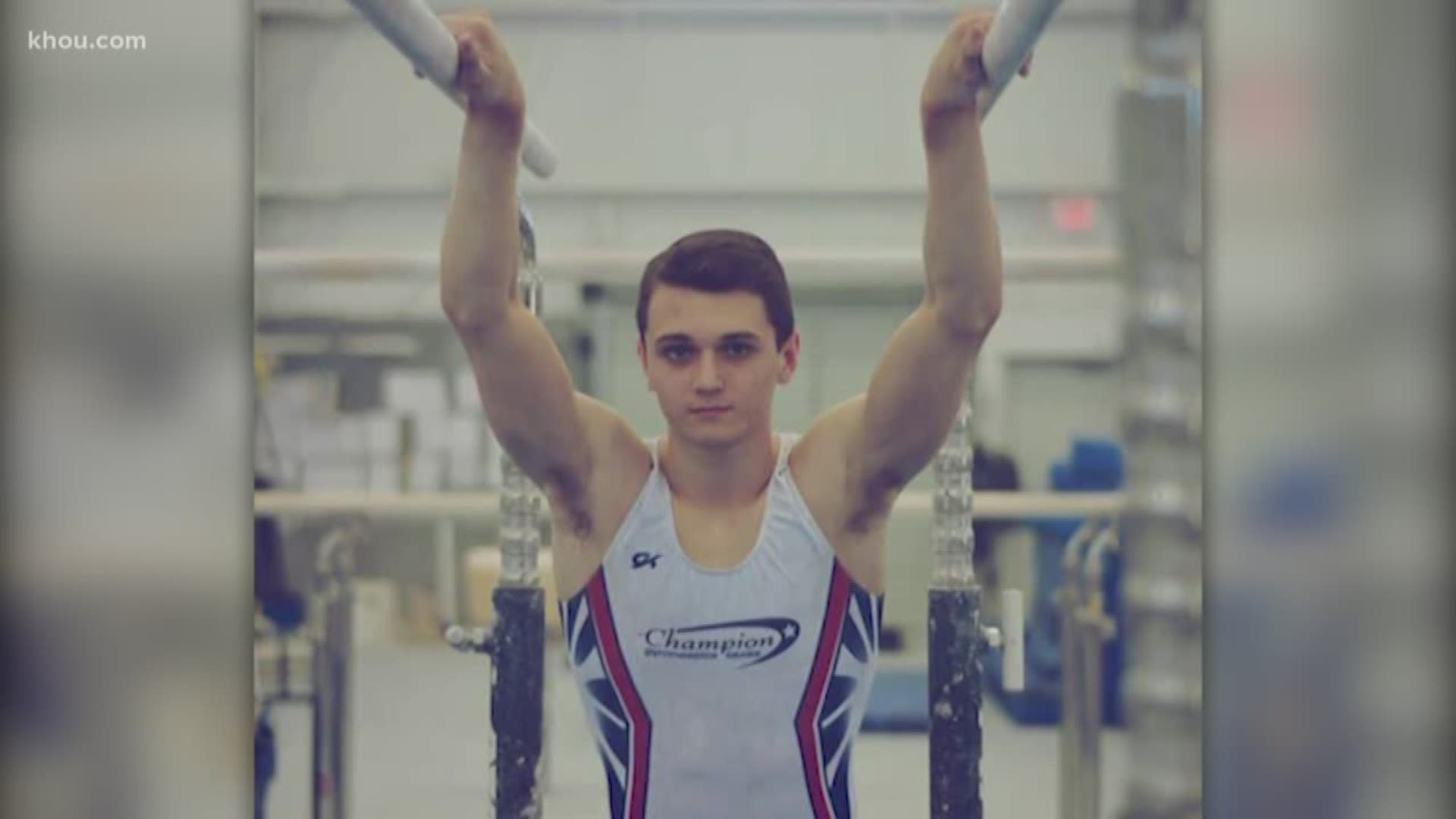 KATY, Texas — The future was looking bright for Christoffer Cox, a Katy gymnast excited about his upcoming freshman year at the University of Oklahoma.

He had earned a spot on the OU men’s gymnastics team, one of the best programs in the country.

All of Christoffer’s hard work, sacrifice and long hours in the gym were paying off in a big way.

But fate would intervene one month before the fall semester was scheduled to begin.

In mid-July, Christoffer fell at a friend’s house and suffered a severe C5 spinal cord injury.

It would be the beginning of a new journey full of frustration, fear and faith. Christoffer's longtime motto "push through the pain" would take on new meaning.

For parents Denise and Owen Cox, it was a test of faith like no other. And they say it is faith that is seeing them through.

Denise sprinkles scripture throughout Christoffer’s #SaluteTheFight Facebook page and credits prayer for each milestone in his fight to regain movement.

“As I think back to this morning‘s prayer request, I get absolute chills. Christoffer was on the ventilator for less than 24 hours,” Denise posted a few days after the accident. “What was supposed to be a week to a month on the ventilator only lasted a day. GOD IS GOOD!”

Doctors can’t promise Christoffer he will ever regain full movement of his arms and legs. But the same determination that made him an elite gymnast is now etched on his face during therapy sessions at TIRR Memorial Hermann.

Small victories, including Christoffer’s first time to sit up on his own, and his first trip outdoors in his wheelchair, are celebrated and shared with those following his journey.

"I always say, 'God's got this,'" Denise said. "We already believe Christoffer is a miracle and God is creating miracles in him every day.

Gymnasts all over the country have sent well wishes to Christoffer, including the Sooners.

A gofundme.com account has been set up to help the family with expenses.

A fundraiser is scheduled for Aug. 24 at Clancy’s Public House in Richmond. It will include live music and a silent auction.

“I am trying to hold it together, but I am just so moved by everyone’s generosity and love,” Denise said.

No one knows what the future holds for Christoffer, but his family is praying he will beat the odds like the champion he’s always been.