The Flying Saucer Pie Company's line stretches blocks away from their store every year. The House of Pies also had a crowd the morning before Thanksgiving. 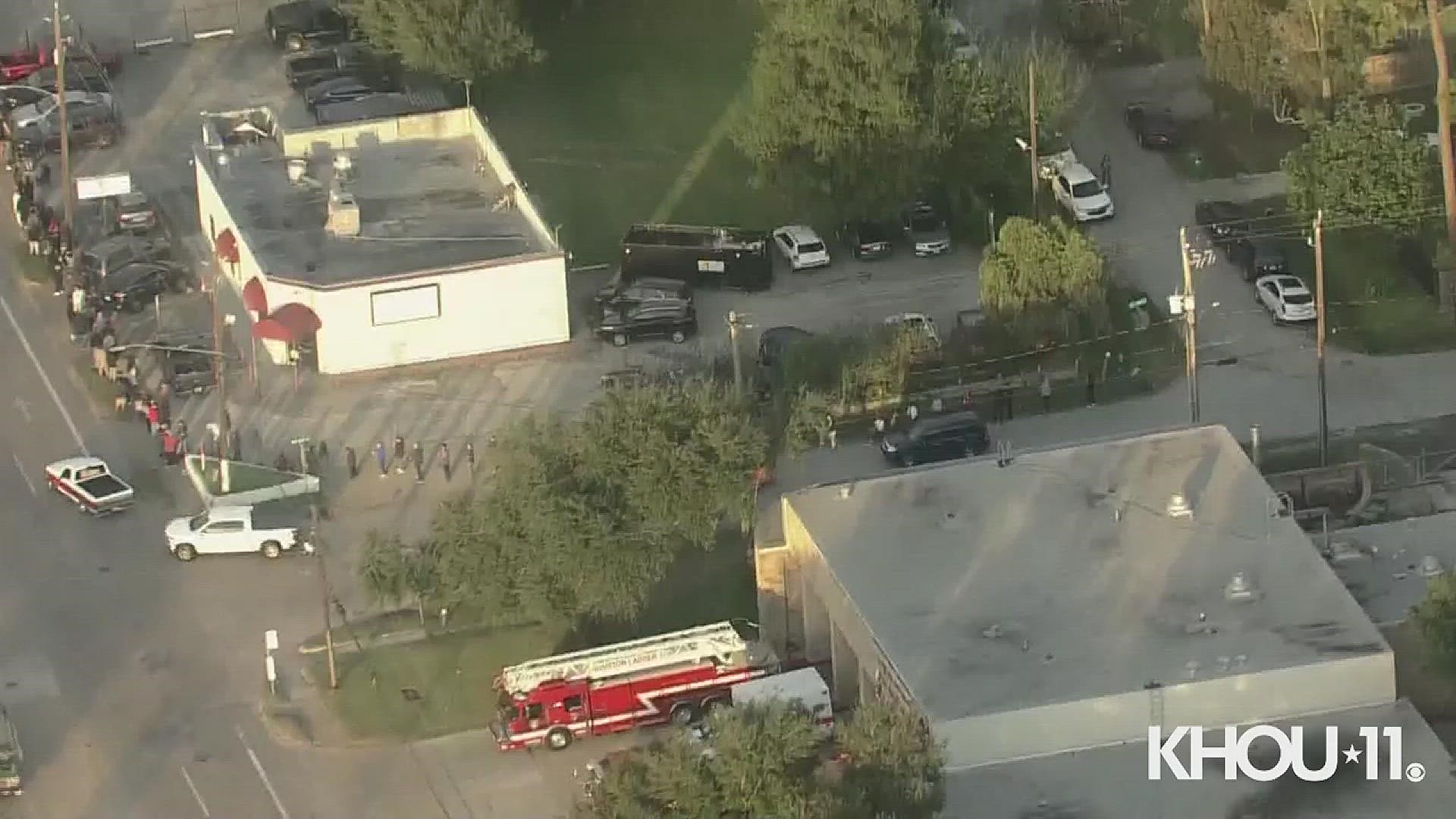 HOUSTON — “Gather together, give thanks, eat pie!”

That’s what the sign reads outside of the Flying Saucer Pie Company as thousands of Houstonians waited for a freshly baked pie.

It’s become a holiday tradition for the North Houston store. In the days leading up to Thanksgiving, people wait in a line that stretches for blocks outside of the building.

In preparation for the extra orders, the Flying Saucer Pie Company changed its opening hours for Thanksgiving week. They’re usually closed on Mondays, but they were open from 7 a.m. to 7 p.m. on Monday and Tuesday. The shop will close at 5 p.m. on Wednesday and they’ll remain closed for the rest of the week. They’ll resume regular hours at 7 a.m. on Tuesday.

Most of their pies are available for $16.75, according to their online menu. That includes their apple, pecan and cherry pies as well as their seasonal mince pie. Their Dutch apple pies and pineapple pies are not available until after Nov 26. They also have cream pies and cheesecakes available for a maximum of $17.25.

The Flying Saucer Pie Company is a family-owned and operated store that’s been open since 1967. It started with their co-founder William "Pie Bill" Leeson, who passed away in November 2015. It’s currently run by his children and other relatives.

The Flying Saucer is not the only pie place with a line this year. The House of Pies on Kirby Drive had a crowd of their own on Wednesday. Some people started lining up at 6 a.m. The store divided their customers into two lines: one for people paying in cash, the other for card payments.

House of Pies has four locations and over 40 pies and cakes to choose from outside of their regular menu. Their specialty pies are available for about $17. Check their website for more information. 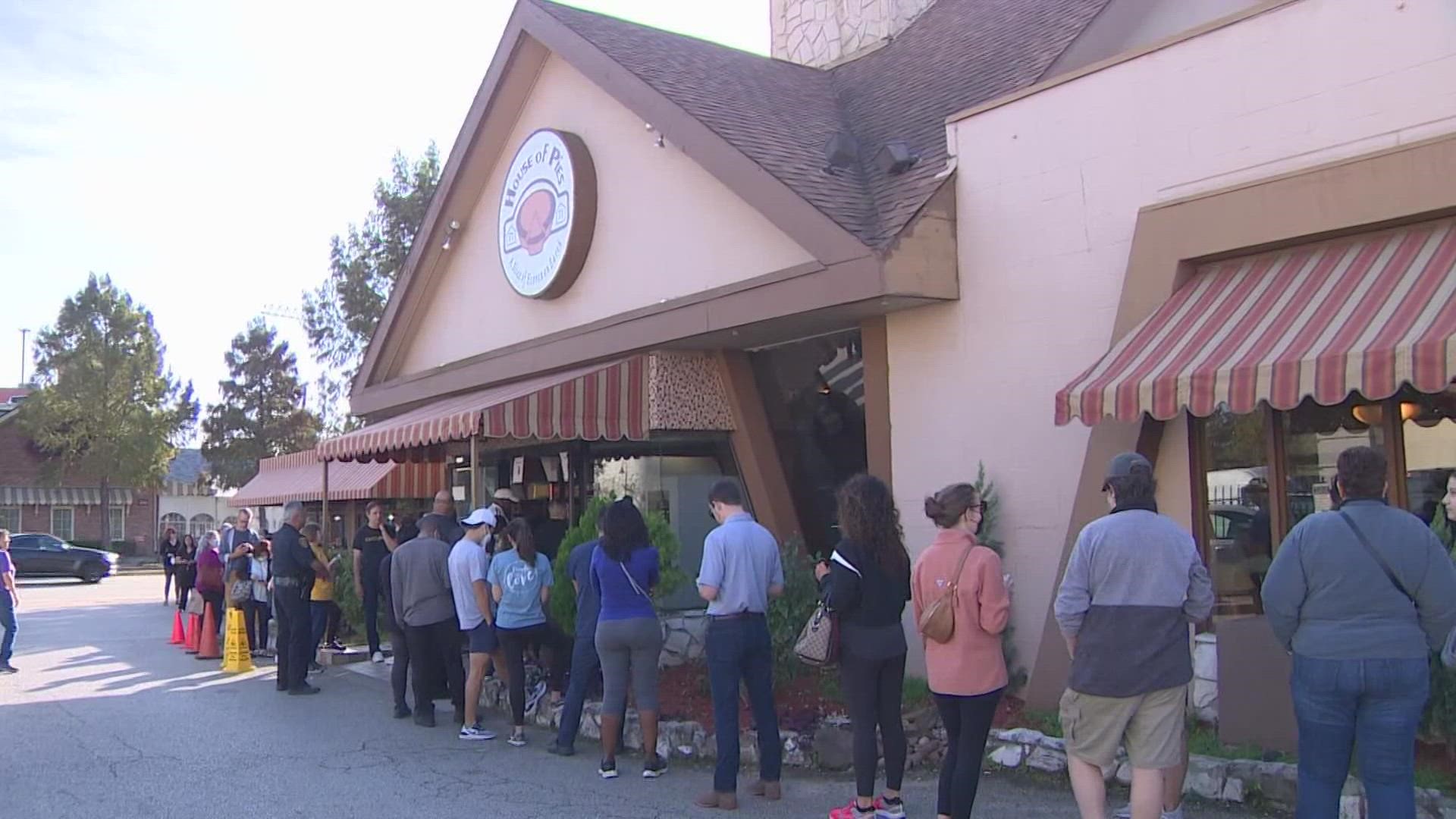 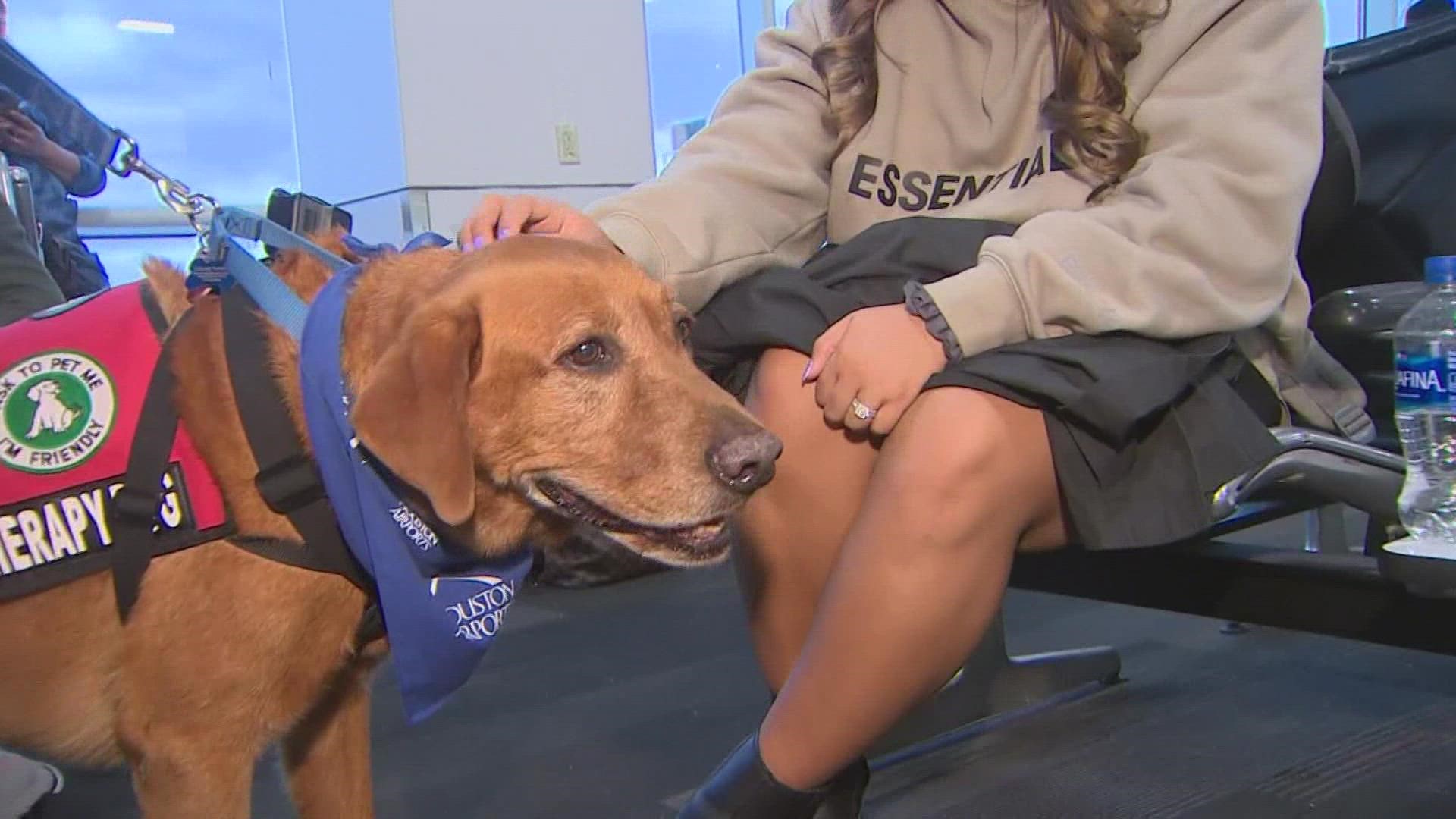