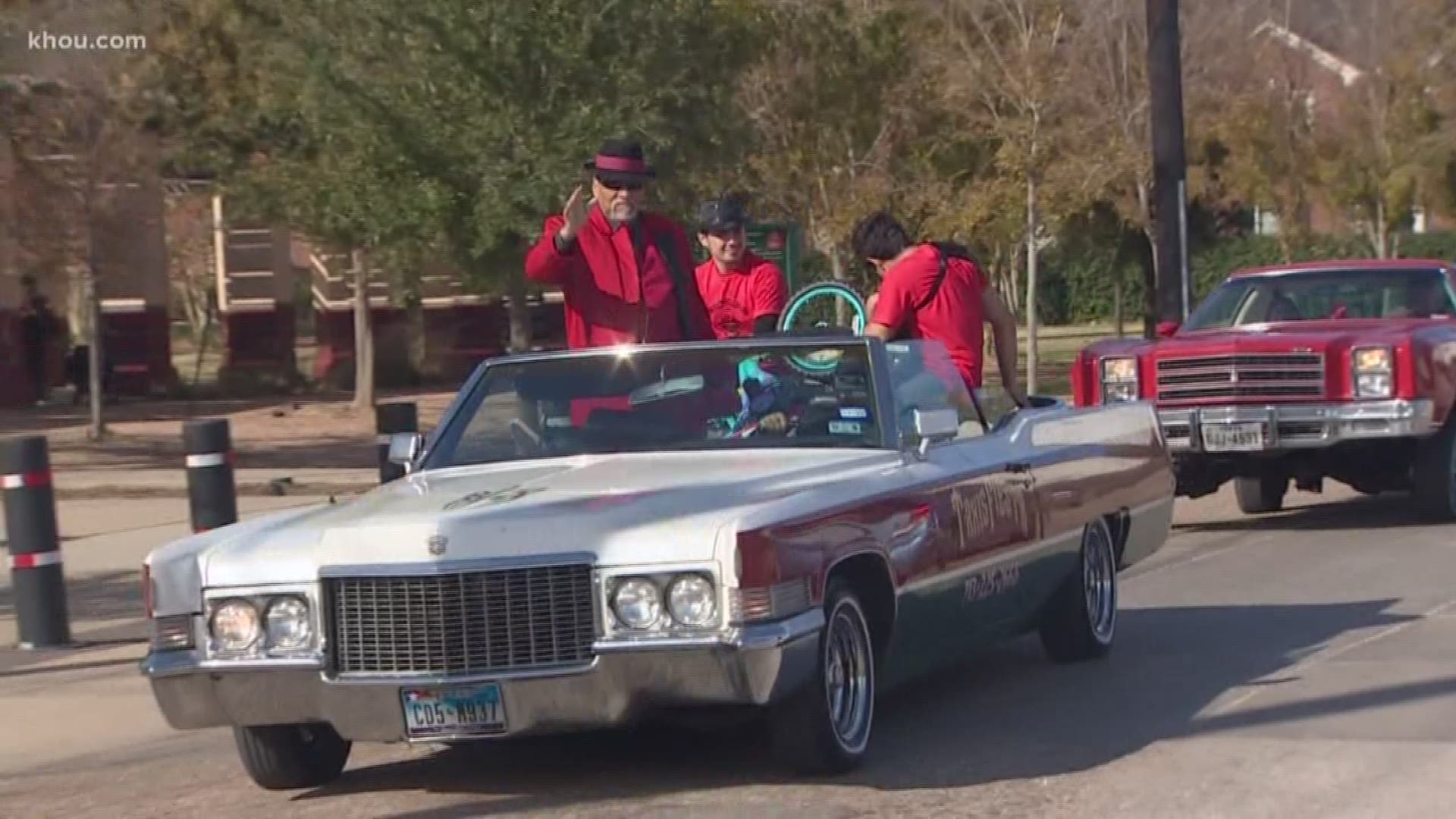 HOUSTON, Texas — Christmas on Houston’s east side wouldn’t be complete without a visit from "Pancho Claus."

St. Nick with a Latino flair hands out hundreds of gifts every year.

Children know who’s coming to town when they see the caravan of low riders loaded with toys and other presents thanks to an army of volunteers.

"It’s a fantastic thing that they do this for the community every year," said Jim Wyatt.  "Pancho Claus is an institution and we’re very grateful to have him around.”

Reyes has played "Pancho Claus" since the early 1980s when he worked with at-risk youth.

He and volunteers distribute even more gifts during live performances of a play he wrote about the character.

"Some kids don’t get a lot of gifts, and they look forward to Pancho Claus and just everybody and all the nice vehicles coming over here as well,” said Toni Valdez.

Some have suggested Reyes may hang up his zoot suit thanks to a series of health challenges, including three heart attacks.

But no matter who physically embodies "Pancho Claus," the spirit of giving will roll on.

"It just makes me extremely proud and happy,” said Reyes.