San Antonio dentist helps war hero get his smile back

An Iraq War veteran who was losing his teeth was gifted a new set of pearly whites. Two local businesses provided the dental work for free. 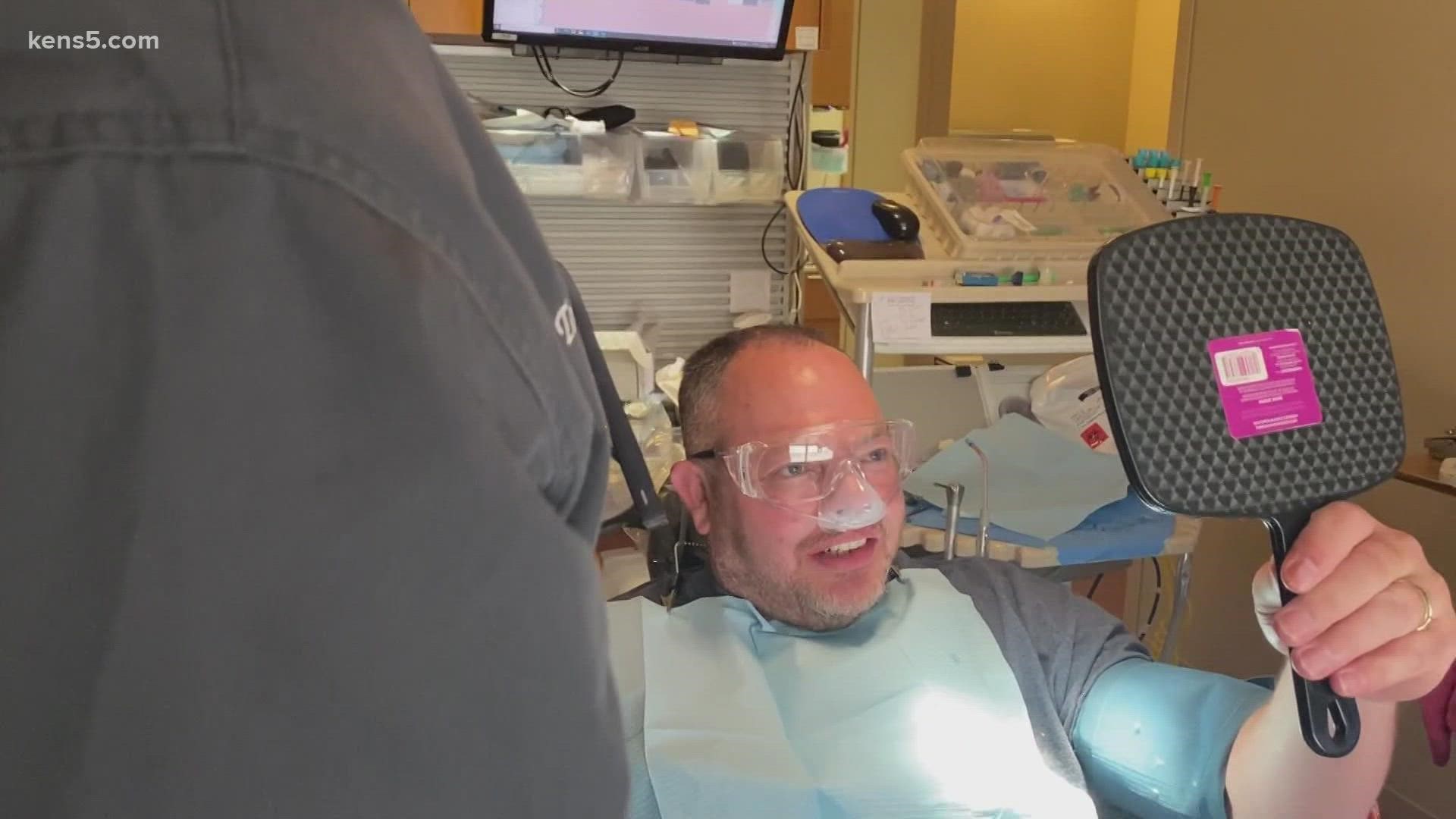 SAN ANTONIO — An Iraq War veteran who was losing his teeth is gifted a new set of pearly whites. Two local businesses provided the dental work for free.

Operation Iraqi Freedom Veteran Tony Croley was an Army infantry team leader who served 10 years. Croley was deployed two times and experienced violent missions overseas. He recalled one time when he was walking through a neighborhood and a few men shot at his group. When he chased after them, the men ambushed him and shot Croley six times.

As far as his teeth loss, Croley suspects an anthrax vaccine given to him overseas led to this painful condition. Croley said his teeth began crumbling and began rotting. He said he’s resorted to three teeth to chew food for several years.

“It looks really bad. Some people look at me and think it's meth mouth. Some guys that have this problem get mistaken for that,” explained Croley.

A California nonprofit, Rebuilding America’s Warriors (RAW) connected him to Advanced Smile Care in San Antonio. His daughter drove him from Houston to receive the treatment, which included the removal of a large number of his decayed teeth. Wilhite Dental Creations of San Antonio donated the dentures.

“I think it's the most amazing thing in the world. I would have never expected this. I wouldn’t ever expect anybody to do this,” said Croley.

“I am blessed to be in this position. I always want to pay it forward because at least for me and all of us there are people in our lives who have done that for us along the way,” said Dr. Tony Thomas, Advanced Smile Care.

Roughly $12 thousand worth of complimentary treatment was provided to Croley. He said his new smile will help him move forward in life with confidence. He’s currently in school and pursuing a degree in criminal justice.