Teen attaches letter for God to balloons; it lands by minister who answered her prayers 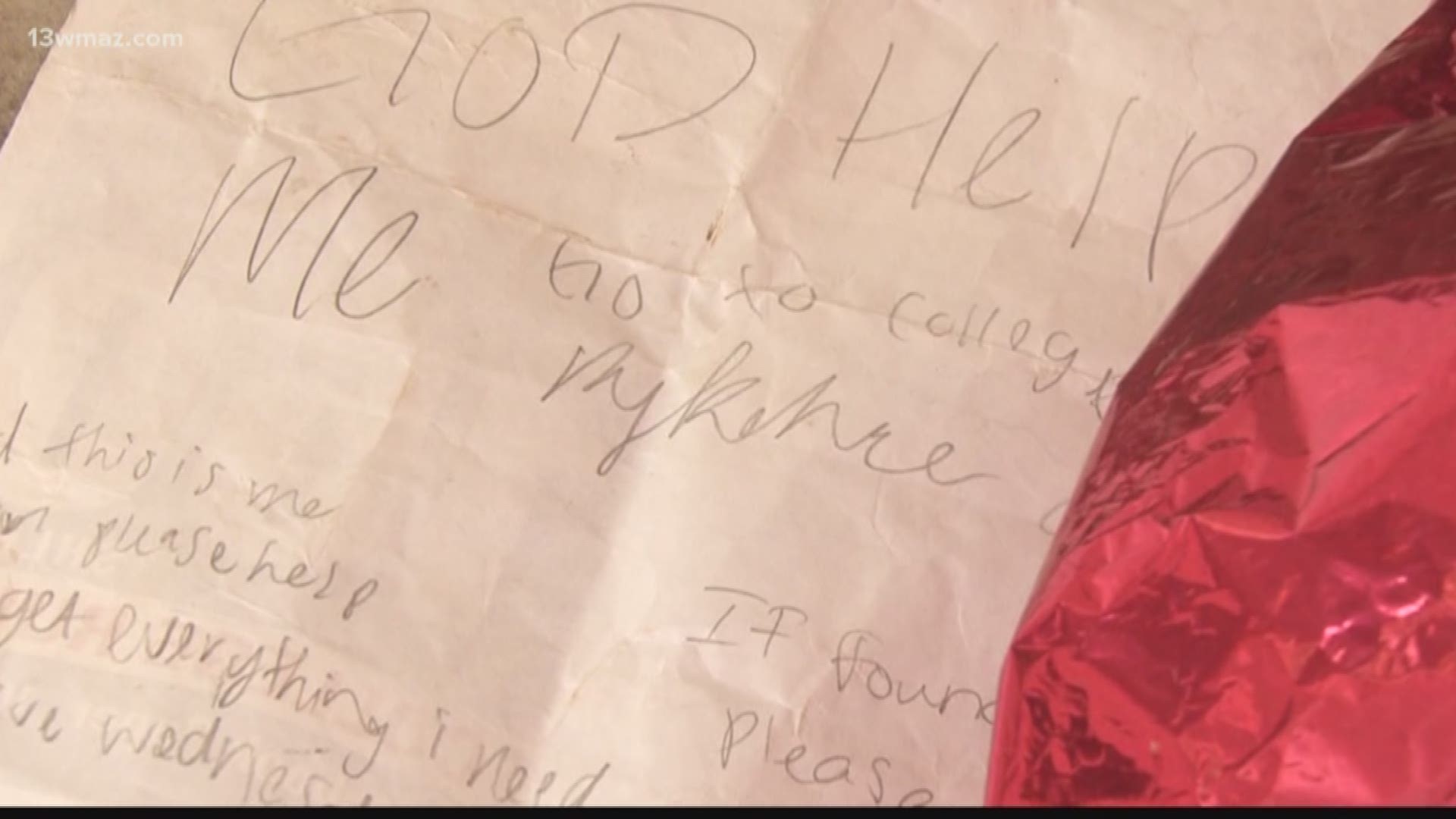 MACON, GA — Some people say God works in mysterious ways and on Tuesday, a college-bound freshman from Macon experienced what she calls a small miracle.

18-year-old Mykehia Curry says she wrote a letter to God after she realized she was short on dorm supplies, attached it to some balloons, and sent it toward the heavens.

“God help me go to college. God this is me again, please help me get everything I need to leave Wednesday. I love you, Amen,” read Curry.

It’s a note Curry says she never thought anyone would read.

The 18-year-old is heading to Albany State to pursue a degree in nursing.

“I am the first one in my family to go to college and I’m doing this so my little brother can have a better life. I have a 7-year-old little brother,” said Curry.

But as she began packing up her things, she realized she needed some help of her own.

“A refrigerator, a comforter, stuff for my dorm, school supplies,” she said.

She turned to God and penned her prayer on a scrap of paper before sending it to the sky attached to three Mylar balloons and her phone number.

“I just thought somebody may pick it up and throw it in the trash,” she admitted.

“It was just there by the dumpster. I walked over and picked it up and there it was,” said Jerome Jones.

On Monday, Jones was working at a construction site in Jones County when he spotted Curry’s balloons.

“It was God calling me saying, ‘You need to answer this,’ and I did,” said Jones.

Jones is also a part-time minister at Springfield Baptist in Monticello and both he and his church decided to help.

After tracking her down at her Macon home, he delivered a mini-fridge and comforter to Curry’s doorstep Tuesday morning.

“It was beautiful. It’s kind of hard to explain. She was like, ‘Is this mine for real?’ and I said, ‘It’s yours. God answers prayers,’” Jones said. “I like helping people, especially young people. They’re our future.”

He plans on staying in touch with Curry and told her to call him if she ever needs anything else.

Curry says if anyone else would like to donate things for her freshman year, they can email her at mykehiacurry6@gmail.com