TEACHER APPRECIATION | Thanking the educators who shape our lives

From Willis to CyFair to HISD, local students want to tell their teachers the impact they're having. 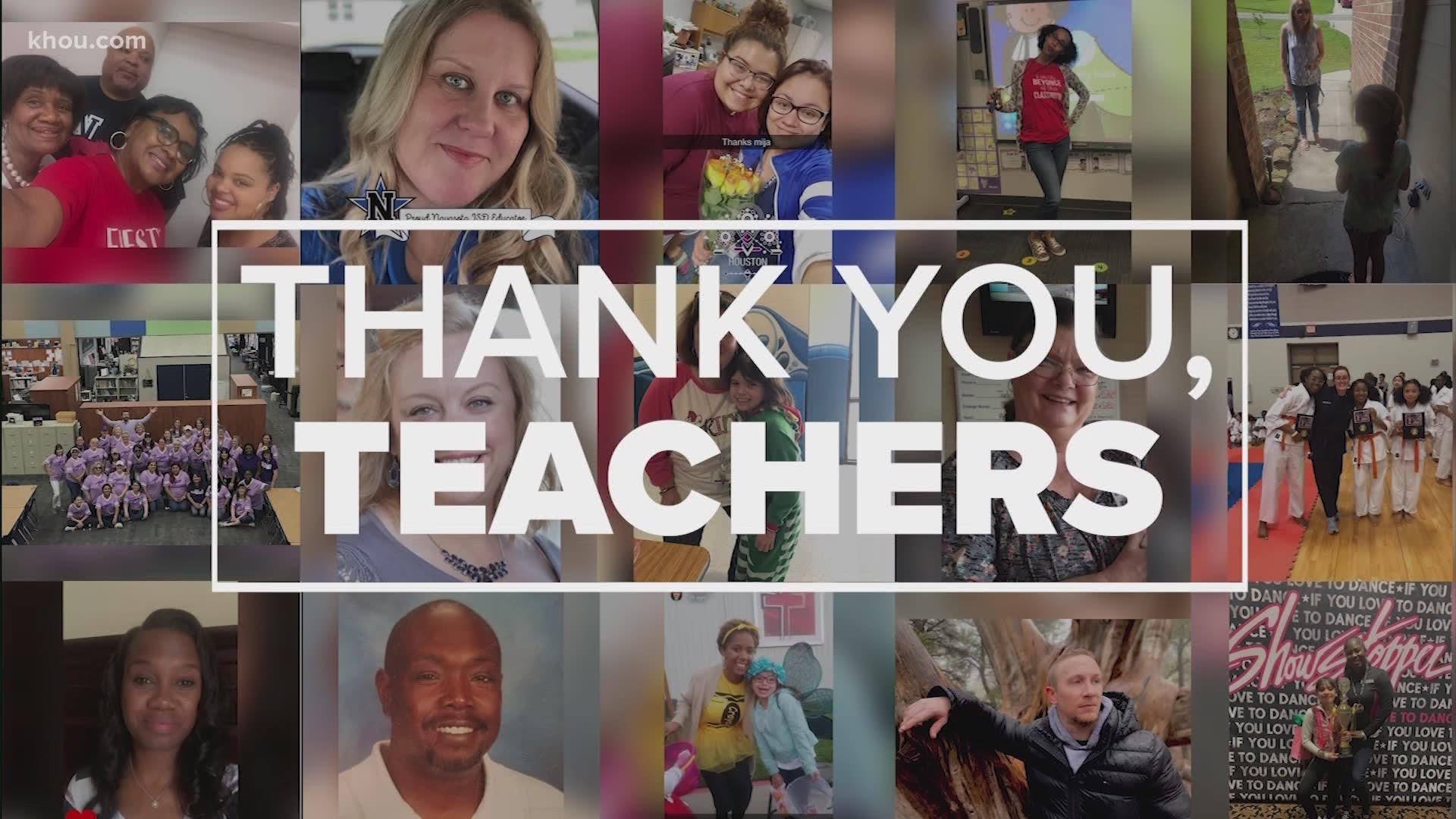 How do you define a teacher? Merriam-Webster says it’s “one who defines.” But the men and women who hold that title do so much more.

“Ms. Clark gave my child the greatest boost in her confidence,” says one mom, talking about Meyerland Middle School karate teacher Chelsea Clark. “She is the best educator I have ever encountered. And I have five children.”

Just as they help us find strength within ourselves, teachers establish lifelong connections with us.

Paula Snow from Willis ISD’s Meador Elementary is one of so many teachers who are taking their classroom on the road, visiting their students while practicing social distancing.

Pamela King is part of that group too. Her students from HISD's Deanda Elementary (including Cash, Victoria, London and Nicolas) are only four years old, so it can be hard for them to find the words to say how much they appreciate her. But photos shared by parents reveal smiles that say more than words could.

“You go above and beyond for all of your students,” says Tiffany San Miguel, mom of four-year-old Cash. “You’re just such an awesome, wonderful teacher and we love you!”

“Since the day [Sam] stepped foot on that campus, they have just embraced him,” Laurie Dernick says of Cy-Fair ISD’s Yeager Elementary staff.

Sam has a rare form of epilepsy. He recently had a craniotomy with a partial left brain resection to remove the part of his brain where many of his seizures originate. Through the process, Laurie says the Yeager staff was there to support Sam, his older brother and the rest of the family. She wants to specifically shout out Ms. Smith, Ms. Dora, Ms. Matson, Ms. Belford and Ms. Ramirez, Sam’s life skills teachers.

So, yes, teachers teach. And encourage. And challenge. And inspire. For all that and so much more, we say thank you.