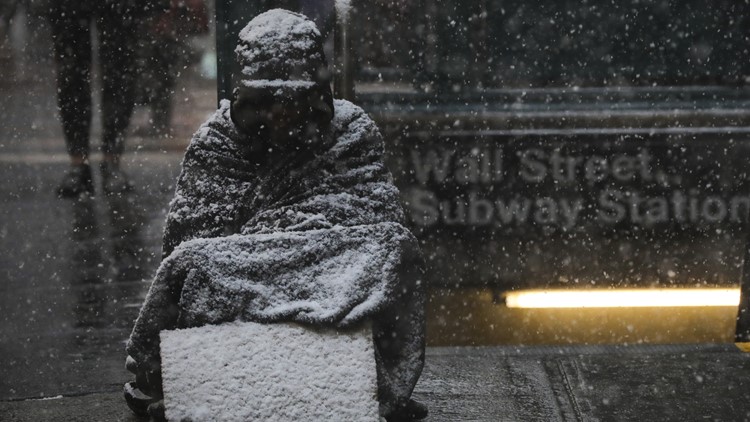 Photo by: Drew Angerer/Getty Images
Jan. 30 A homeless man sits in the falling snow in the Financial District, January 30, 2019 in New York City. The frigid air from the polar vortex in the Midwest will expand into the New York over the next few days. The city is under a wind chill advisory through Thursday morning, with possible win gusts up to 50 miles per hour.

UPDATE: Meet the Chicago woman who rented hotel rooms for the homeless during deep freeze

An anonymous good Samaritan picked up the hotel tab for dozens of homeless people during the big freeze in the Midwest, reports the Chicago Tribune.

The city was gripped by temperatures as low as -25 degrees Fahrenheit early Wednesday, setting the record for the second coldest day ever in Chicago’s recorded history.

As the cold gripped the city, Chicago officials took away a homeless camp’s propane tanks after one of them reportedly exploded. The safety measure left the homeless community without any source of heat.

City officials began preparations to move the homeless to the Salvation Army’s warming center, but about an hour later, the city called the warming center and said someone had offered to put the homeless in a hotel instead. And not just for one night.

“All the folks there," said Salvation Army spokeswoman Jacqueline Rachev. "Some wonderful citizen is going to put all of them up at a hotel for the rest of the week."

Lake Michigan froze and now looks like it's on another planet 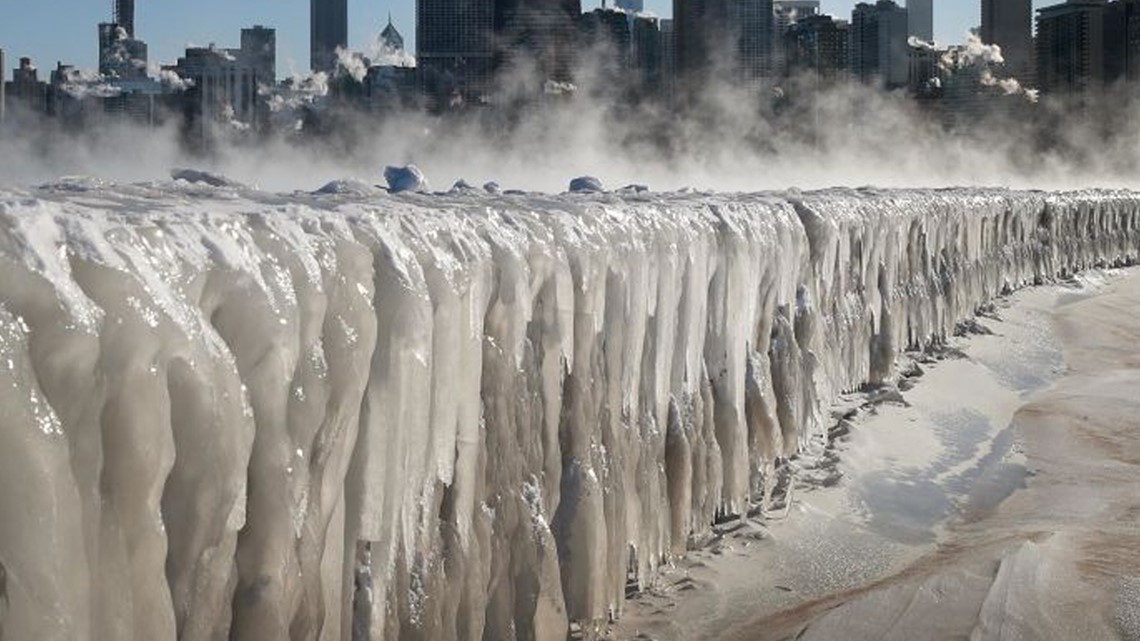 Everyone in the camp except for one person chose to go to the hotel, reports the Tribune.

Rachev said she did not know the identity of the citizen who offered to pay for the hotel rooms.