The 2021 Chevron Houston Marathon is virtual this year but that's not stopping thousands from taking part this weekend. 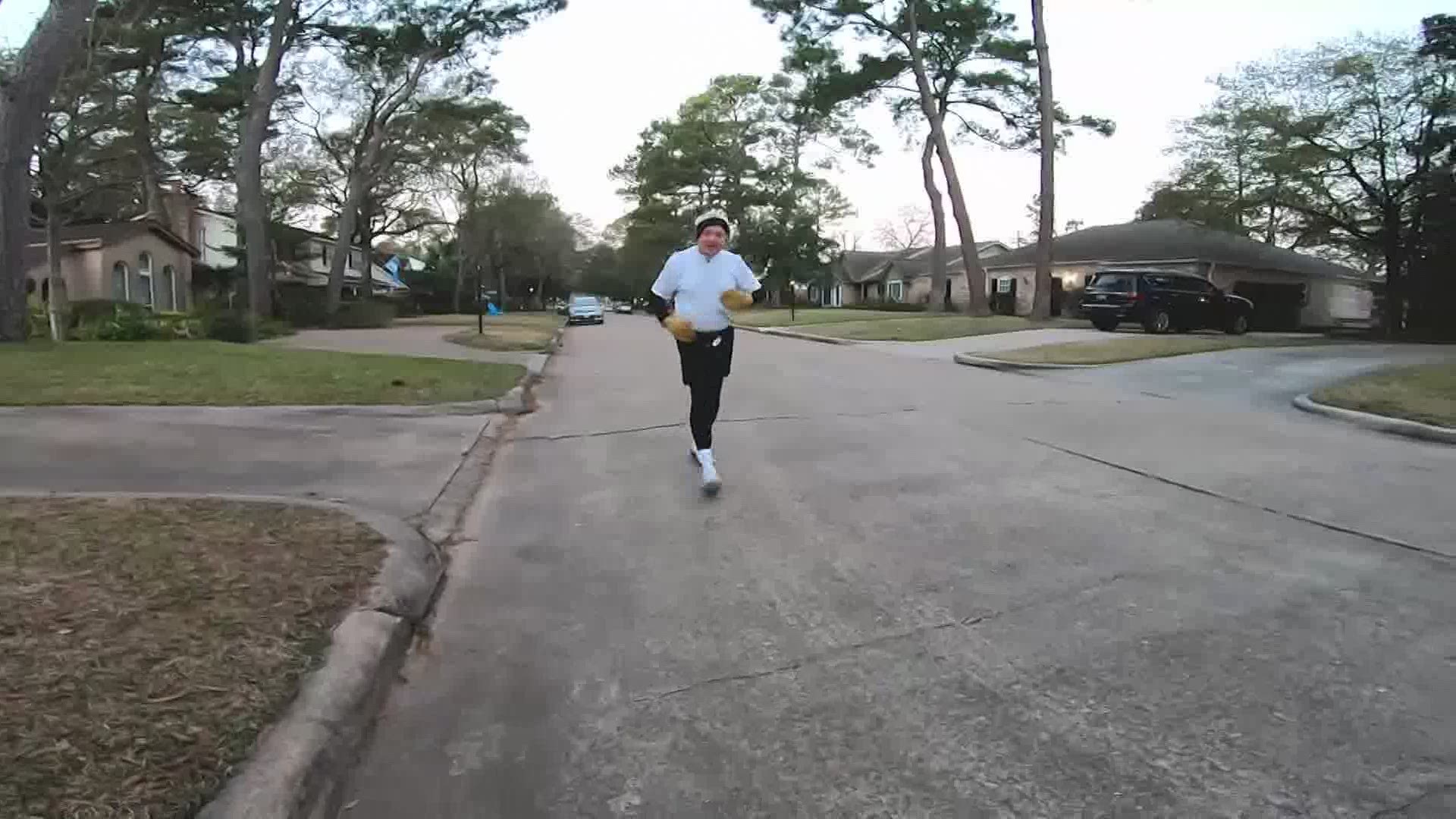 HOUSTON — Due to the COVID-19 pandemic, the 2021 Chevron Houston Marathon is virtual, but that's not stopping thousands from taking part this weekend, including an 85-year-old Houston man who's run the event for 40 years straight.

At an age when most are winding down, Phil Smith is lacing up and picking up the pace. Saturday marks his 40th consecutive year running the Houston Marathon.

This year's Houston Marathon mantra is “together from anywhere,” meaning runners can participate from wherever they'd like.

It's solid advice from a longtime runner. But what makes Smith’s story truly unique isn't the impressive medals he's collected over the last four decades but that he was a late bloomer in the running game.

Inspired by a run-in with a world-class runner at a park, Phil officially got his running start in his mid-40s.

"He started when most men are wanting to quit doing whatever they've been doing," said Karla Swann, his youngest daughter.

And rain or shine, he's hit the ground running ever since.

By FAR one of my FAVORITE ❤️ INSPIRING stories this yr!
Here’s THE moment 85 YO Phil Smith crosses the finish line 🏁 in the 2021 virtual (due to #COVID19) @HoustonMarathon!
He’s run the event for 40 yrs straight & has no plans to stop!
His story @6pm on #KHOU11! #HTownRush pic.twitter.com/uizq3GVPUT

As you would imagine, the retired engineer and U.S. Army veteran has seen a lot and been through a lot over the course of his life. But if you ask him why he runs, his answer is quite simple.

"It's just trying to be mentally and physically active, that's all," Smith said.

As for when he plans to stop running in the marathons, let's just say with his family cheering him on, Smith's in it for the long run.