Pflugerville woodworker giving back to veteran organization that helped him

For the past year, Caleb White has been making cutting boards and other culinary items out of wood. Now, he's giving back to the group that helped him get started. 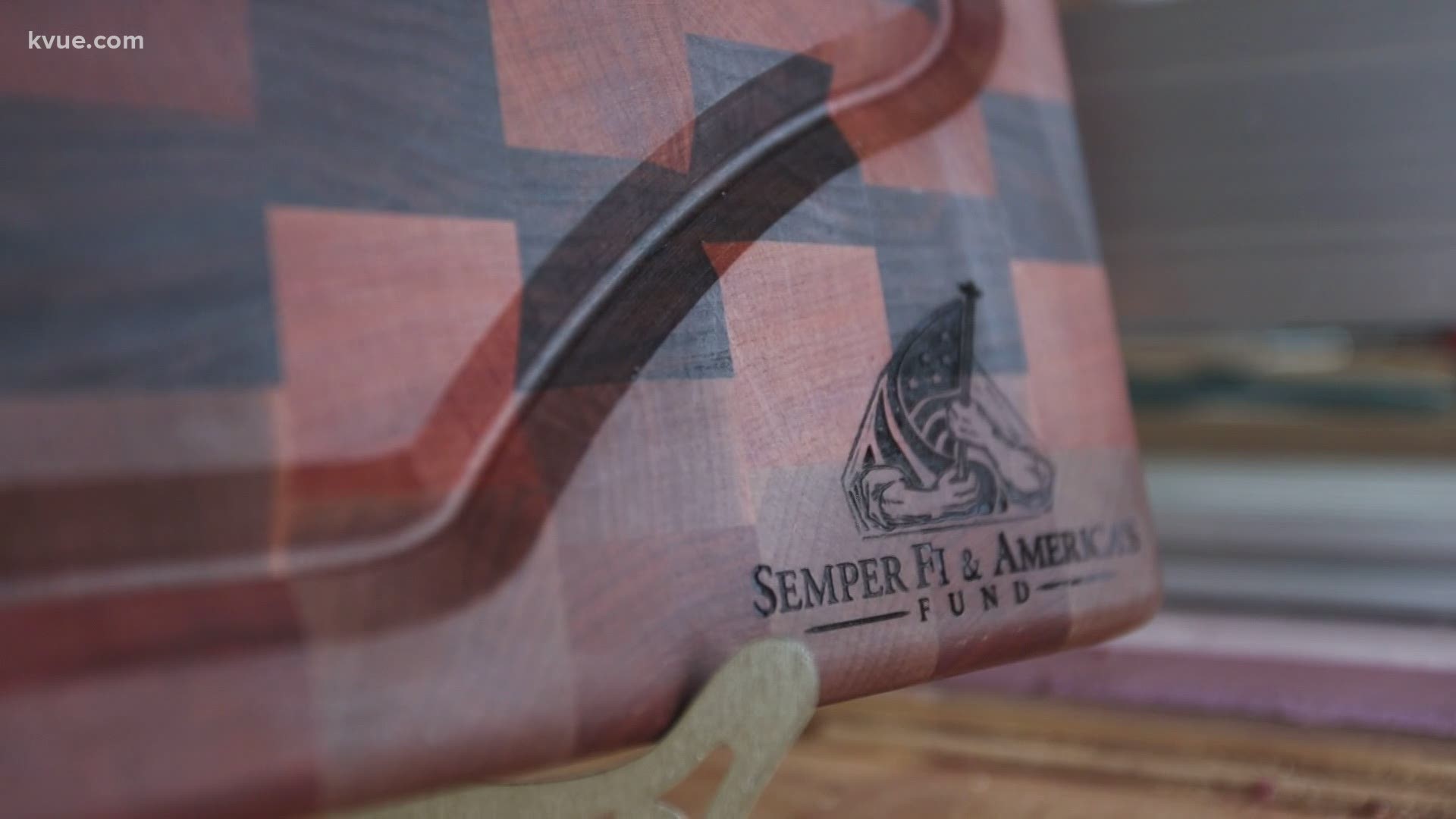 PFLUGERVILLE, Texas — For many veterans, doing something with their hands can help them deal with things. KVUE's Hank Cavagnaro spoke to a veteran who's now able to give back to the people that helped him find his way.

He's has been making cutting boards and other culinary things for a little over a year. His company is White Oaks Wood Working. It's a way for him to relax and process.

"But the thing is this isn't 'work' to me," he said. "It's so therapeutic. I can take something that doesn't necessarily look, like, super pretty on its own right. Like, it has some character to it, and you can really bring out the character of the wood."

Woodworking ... helping him work through things. It's a form of therapy to adjust to civilian life.

"Oh, big time. I had got out of the Marine Corps. I had got a medical discharge," White said. "So just having this to do and make beautiful works has been everything man. I love it."

But all the equipment he uses isn't cheap. To get up and running, White got help from the Semper Fi and Americas fund, an organization helping veterans when they get home.

"I don't know how far we would have come without the fund. Though, when it comes to the shop, the amount of support they've gotten us..." he continued.

They helped him get in contact with mentors in addition to the equipment. Now, he's able to give back with a custom board that is going up for auction.

Credit: Hank Cavagnaro
Caleb's cutting board that's up for Auction till May 3rd.

It's a chance to give back to those who gave to him, so they can help even more.

"I just always feel like I'm getting something done," White explained. "I'm doing something that's going to make my life easier in the short term."

If you are interested in the board that's up for auction, click here. Other auction items can be found here. You can find any of White's other works on his website here.

The auction ends May 3.