Little Dorothy Craig was at home with her mom, Miranda, when she lost consciousness in the kitchen. But Dorothy knew what to do. 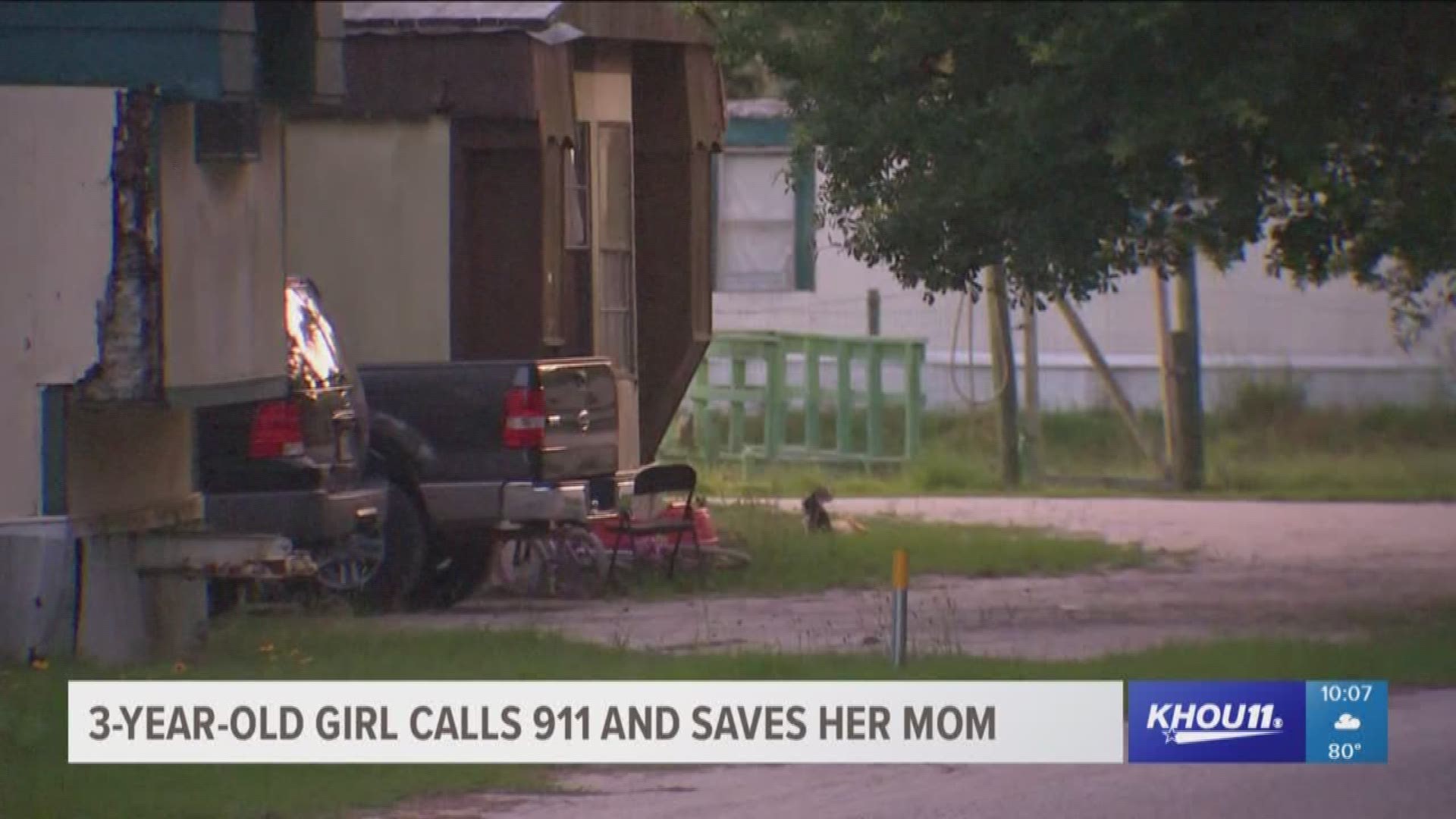 CLEVELAND, Texas – A 3-year-old little girl in Liberty County is being hailed a heroine for helping her mom in an emergency.

Little Dorothy Craig was at home with her mom, Miranda, when she lost consciousness in the kitchen.

But Dorothy knew what to do, picking up the phone and calling 911.

As Holley calmly tried to learn where the family lived Dorothy only kept repeating “momma.”

Hearing children crying in the background and with her fellow dispatchers hurriedly “pinging” the cellphone the child was using, it came back to an approximate location of CR 386 in the Cleveland area.

After about a 30 minute search going door to door deputies found Dorothy.

Miranda was lying on the floor, unconscious but still breathing.

It was determined that Miranda had failed to take proper medication for narcolepsy and that’s what caused the emergency.

Because of Miranda’s medical condition, 911 is a number she has ingrained into Dorothy.

“We’ve worked with her for a long time about helping mama,” said Miranda. “If mama’s hurt or something go and call 911… so that’s exactly what she did.”

“You wouldn’t wake up from the spell,” Dorothy said to her mom, “and the cops broke the spell.”

Needless to say, Miranda is very proud of her little girl.

ALL the feels... are you ready to meet one of the cutest heroes ever? She's adorable, she's smart, she helped save her mom and she's THREE! Story coming up on #KHOU11 pic.twitter.com/mu2QM9LGhX