The emotional ceremony was organized by nurses at the hospital. 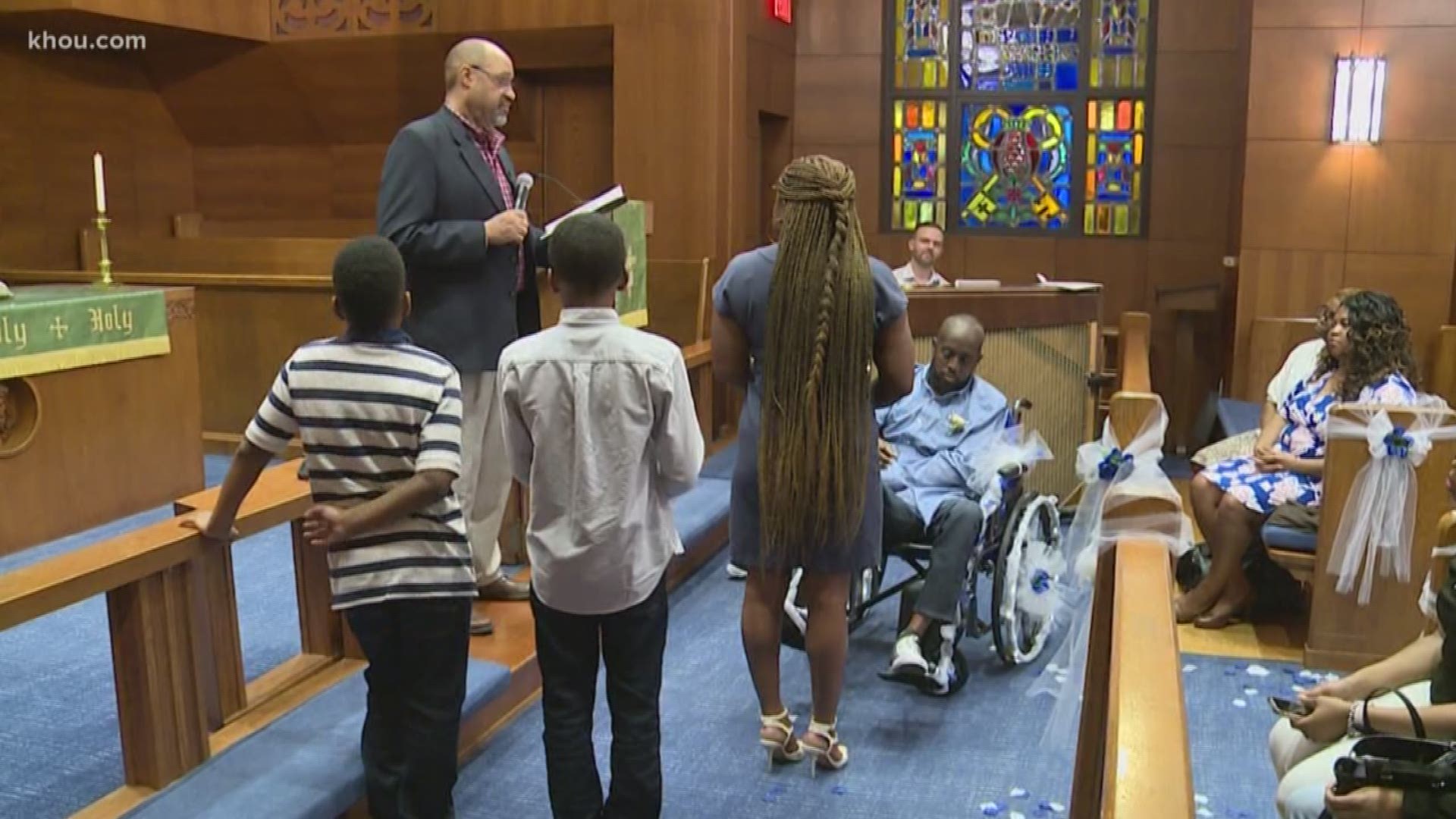 HOUSTON — A few days before Valentine’s Day, a Houston man got to marry the love of his life.

Corey Cunningham and Tyyisha Evans have been together for seven years.

He was diagnosed with terminal brain cancer in November. His palliative care doctor at Houston Methodist suggested the couple get married at the hospital’s chapel.

The emotional ceremony was organized by nurses at the hospital.

“He’s such a gentle soul. I just felt a connection to him. I wanted him to be able to realize this dream,” said Dr. Phyllis Chappell, with the Department of Supportive and Palliative Medicine at Methodist Hospital.

Watch the wedding ceremony on KHOU 11 at 6 p.m.

Cunningham was diagnosed with Stage 4 brain cancer one month after Evans found out she had beat breast cancer.

“I was extremely surprised when his doctor, Dr. Chappell, called and even popped the question for him,” Evans said.

Cunningham's dream came true in front of his friends and family. He calls his nurses, doctors, and social workers at Methodist Hospital his second family.

Evans says she’s never felt more loved than she did during the emotional wedding ceremony.

However, the most recent marriage proposal wasn’t his first attempt to marry his long-time love.

“He’s asked four times," she said. "The answer was no, because Corey was always on the road with work. He’d be away from home for months at a time. I didn’t feel like we were stable enough. But being that the situation has changed and his medical status has changed, I decided to say yes. I couldn’t imagine not marrying my best friend while he was here and I had the opportunity to do it."

Evans said she and Cunningham making every day count.

"(We're) telling one another one thing we didn’t know about each other the day before," she said. "That’s what we’ve been doing since his diagnosis."