"I was extremely surprised, somewhat embarrassed, but when the plane stopped, the woman in front of me turned around and said - go!" 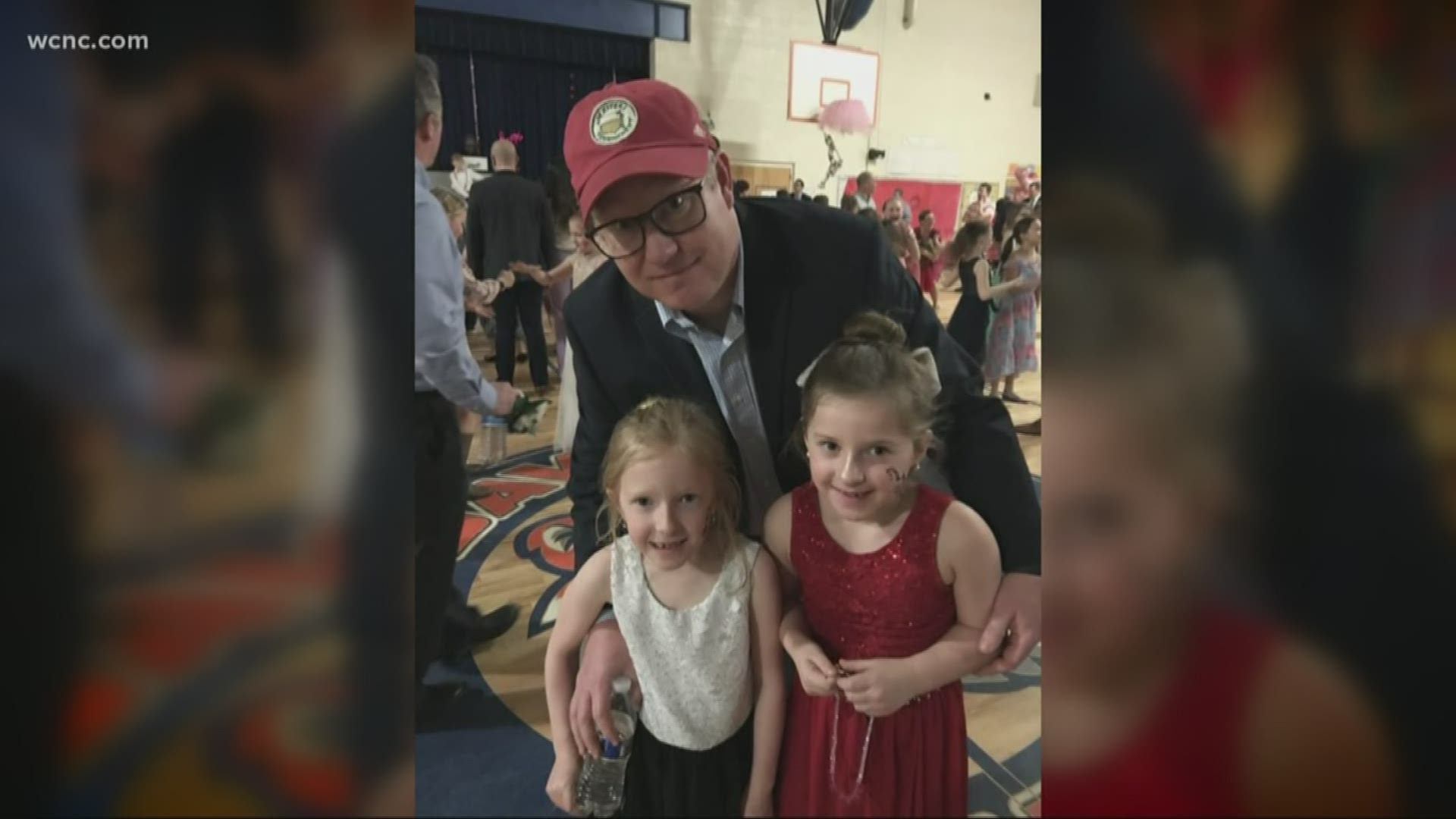 DAVIDSON, N.C. — On February 13, a Davidson man visiting Nashville, Tennessee for work had one thing on his mind: get back in time for his twin daughters' father-daughter dance.

Due to the weather, Mike Good said flights to Charlotte were getting delays and cancellations.

"I was trying to get out on anything I could, and was on standby for a delayed flight, but would still get me in early enough to make the kids’ dance," Good said in a message online.

After a few hiccups, Good was able to get on an American Airlines flight to Charlotte in the last row. Once he boarded, he started talking to a flight attendant from Huntersville, North Carolina, about his efforts to make it back to Davidson in time.

He said he didn't think the plane would land until at least 7 p.m., which was when the dance started. He thought once he included deboarding, going to his car, and driving to Davidson, there was no way he'd make it.

Good told the flight attendant, "the girl will be disappointed."

He thought that conversation was the end of it. Then, when they landed and were taxiing to the gate, that same flight attendant made an announcement: the plane was going to wait to deboard so Good could rush off and make it to the father-daughter dance.

"I was extremely surprised, somewhat embarrassed, but when the plane stopped, the woman in front of me turned around and said - go!" Good said.

Good said he grabbed his bag and dashed to the front, wishing everyone a happy Valentine's Day and thanking them for helping him out.

After rushing to his car and driving to Davidson, he made it to the dance around 7:50 p.m.

He said the girls were thrilled -- they didn't think he'd make it at all.

"It was a really amazing [and] special moment, all my thanks are to the flight attendant and everyone on board that was supportive," Good said. "With all the negative stuff surrounding flights these days, it was just really cool to be part of something like this. Something I won’t forget."

Update: Proposed Tennessee bill to allow cosmetologists & many other professions to work without a license killed in legislature