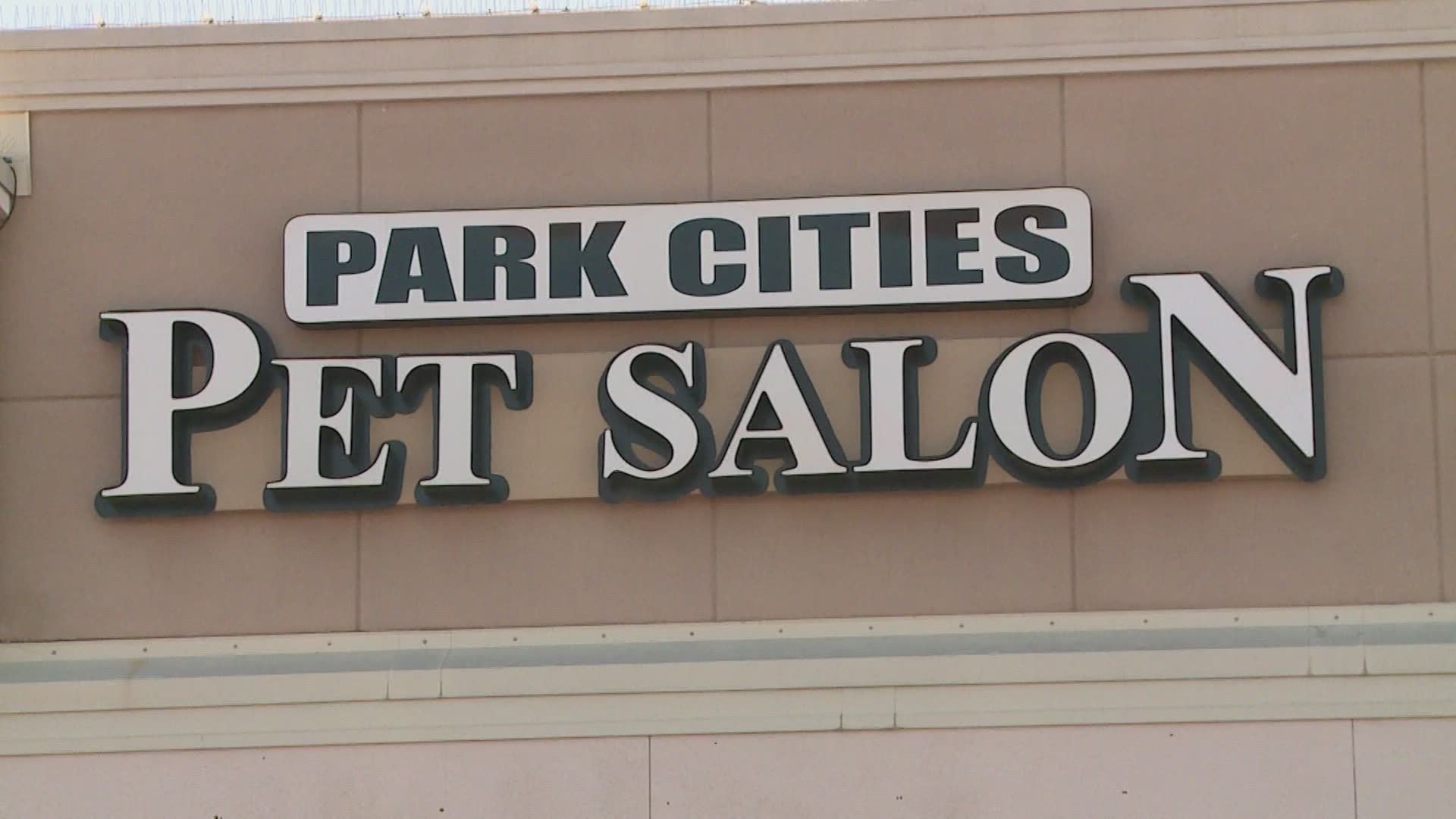 DALLAS — When Karen Clements lost her job in 2005 because of Hurricane Katrina, she took it as a sign.

Clements loves dogs, so after Katrina washed away her career, she took what little money she had and followed a dream.

Park Cities Pet Salon has been Clements’ life for the past 15 years, but she’s fighting to weather a storm once again.

“This just totally took me off guard,” she said.

Like many small businesses, Clements has lost significant revenue.

She’s only allowed to groom dogs if it’s vital to their health. She says she’s lost 70% of her customers.

“How can we pay rent if there’s no money coming in at all?" she asked.

Karen says things were so hard she was just three days from going broke. That’s when she got a knock at the door.

“A good Samaritan client, just out of the blue said, ‘I’d like to lend you money for your operating expenses for April,’” Clements said.

That good Samaritan gave Clements enough money to pay the rent, keep the lights on and keep going.

She knows a lot of businesses haven’t been as fortunate, but she’s hopeful her story inspires other people to give.

Clements plans to eventually pay the money back, but says no dollar amount will match the greater gift she received.

“[I] just never in a million years expected somebody to do that out of the goodness of their heart,” said Clements. “I have faith in humanity again.”

Obviously, when things are at their worst, the heart of America is at its best.