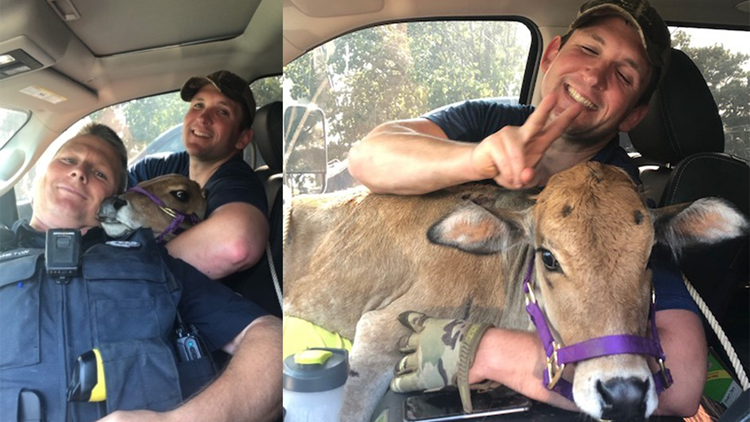 According to the Arkansas State Police, a family had searched on foot for a miniature cow with a purple halter that had gotten loose on interstate 30 with no luck when they called for help.

For the next two days while paroling the highway, Arkansas State Troopers in kept an eye out for the lost cow.

On Monday, Corporal Hamilton spotted the miniature cow in the median, and contacted an off-duty trooper with a truck, according to a Facebook post.

Trooper Henley showed up to help Corporal Hamilton in catching the scared mini-cow.

The post also includes, "After some tactical maneuvering, they were able to catch the cow and to make sure she didn't get loose again, they let her ride shotgun!!"

The two troopers took a few selfies with the cow before Henley took her to his house to get some food and water while they waited for the family to arrive and bring her home.