Know by the trail name "Little Man," Harvey Sutton tagged along with his parents for more than 2,100 miles over 209 days to complete the family feat. 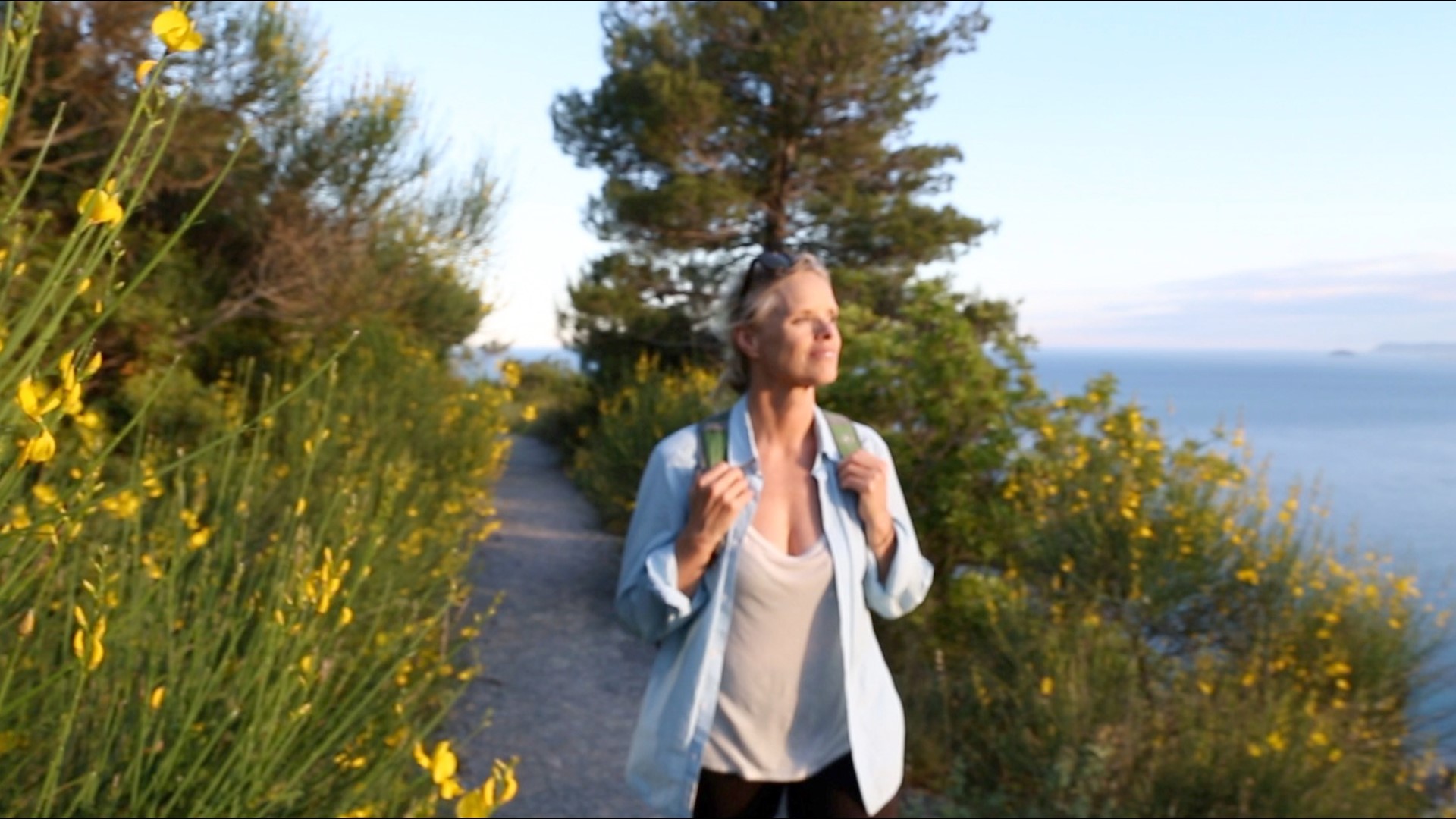 PORTLAND, Maine — Harvey Sutton, or “Little Man,” as he is known on the Appalachian Trail, won’t have long to bask in the glory of hiking its full length. After all, he starts kindergarten Friday.

At 5 years old, Harvey is one of the youngest — and the latest of several youngsters in recent years — to complete the trail, after tagging along with his parents over more than 2,100 miles in 209 days.

It was hard work, but it was fun checking out frogs, lizards and other wildlife. So was sprinkling Skittles onto peanut butter tortillas as fuel for the walk, he said.

“The rock scrambles were really fun and hard. We were not bored,” he said cheerfully in a phone interview from Virginia, where he lives with his parents, Josh and Cassie Sutton.

His parents were so busy keeping him engaged and entertained that it distracted them from the physical pain of trudging over so many miles.

“It gave us a bond and a strength that we hadn’t realized before,” Cassie Sutton said.

Other youngsters have hiked the 2,193-mile trail that starts at Springer Mountain, Georgia, and ends atop Maine’s Mount Katahdin. Some babies have even been carried in backpacks by their determined parents.

Harvey was 4 years old when he and his parents began their walk in January and he turned 5 before the family completed the journey last week in Maine.

He's several months younger than “Buddy Backpacker,” a boy who held the record for youngest to complete the trail in 2013, Harvey’s parents say.

Credit: AP
In this April 11, 2021, family photograph provided by Joshua Sutton, 5-year-old Harvey Sutton, center, poses with his mom Cassie, right, and dad Joshua, mountain top in Three Ridges, Virginia, while hiking the Appalachian Trail with his Mom and Dad.

But the youngest of all may be Juniper Netteberg, who finished the trail at age 4, wearing a Wonder Woman costume, with her parents and three siblings on Oct. 13, 2020, said her parents, who are missionary doctors.

Her family hiked sections over a period of months, but that still counts as long as they didn't skip any part of the trail, said Ken Bunning, president of Appalachian Long Distance Hikers Association.

It may seem extreme for a kid, but a pediatrician sees no harm.

Kids are resilient enough to handle the experience as long as parents keep their social and emotional development in mind and scale the hike to kids' abilities, said Dr. Laura Blaisdell, a pediatrician and medical adviser to the American Camp Association.

For Harvey's hike, his parents decided to take a “mini retirement” from their real estate jobs in Lynchburg, Virginia. They’d been hiking with Harvey since he was 2, so the Appalachian Trail made sense to them.

Credit: AP
In this July 23, 2021, family photograph provided by Joshua Sutton, 5-year-old Harvey Sutton raises his arms on a mountain top in Bigelow Preserve, Maine, while hiking the Appalachian Trail with his Mom and Dad.

It was mostly smooth sailing after a snowstorm in the Smoky Mountains forced them to backtrack more than 30 miles to safety over 2 1/2 days.

The family became accustomed to sleeping in a tent, waking at 5:30 a.m. and hiking all day. There was a simplicity to the routine and a camaraderie with other "thru hikers" that kept it from getting boring, Josh Sutton said.

Karl Donus Sakas, a hiker known as “Sugar Man” who accompanied the Suttons from Pennsylvania to the end in Maine, said Harvey had boundless energy.

“He’s pretty strong and tough. So often we’d get to camp and I'd be beaten and tired. And Little Man would say, ‘Let’s play freeze tag!’” he said.

The parents said the biggest challenge was keeping their son’s imagination engaged. Harvey made plans to build homes, construct space ships and host a lava party in discussions over miles and hours of hiking, Sakas said.

Credit: AP
In this Feb. 12, 2021, family photograph provided by Joshua Sutton, 5-year-old Harvey Sutton, right, walks hand and hand with his dad Joshua, near Hot Springs, North Carolina, while hiking the Appalachian Trail with his Mom and Dad.

Sakas helped out by setting up a treasure hunt with faux maps, hidden toys and glow sticks on the trail over several days in New Jersey.

Some other thru hikers gave Little Man toys, including a pet rock, Hot Wheels and a pocket watch. At a Dollar General store, the boy bought a calculator to keep track of the miles.

The hike showed the strength of teamwork and further solidified the Suttons’ relationship, Cassie Sutton said. “We’re closer than ever before,” she said.

They completed the hike Aug. 9 atop Mount Katahdin. Now it's off to kindergarten for Little Man and back to work for his parents.

Credit: AP
In this Aug. 9, 2021, family photograph provided by Joshua Sutton, 5-year-old Harvey Sutton, center, poses with his mom Cassie, right, and dad Joshua, at the summit of Mount Katahdin, Maine while hiking the Appalachian Trail with his Mom and Dad.

Harvey’s journey earned accolades from another hiking legend, Dale “Greybeard” Sanders, the oldest person to hike the trail, at age 82 in 2017.

“It’s going to change his life forever, and his parents’ life, too. The kid went through some hardships, but don’t we all? Hardships make us stronger,” said Sanders, now 86, of Bartlett, Tennessee. “That kid is going to smile through life.”