“I hope that everybody learns all it takes is a little bit of compassion.” 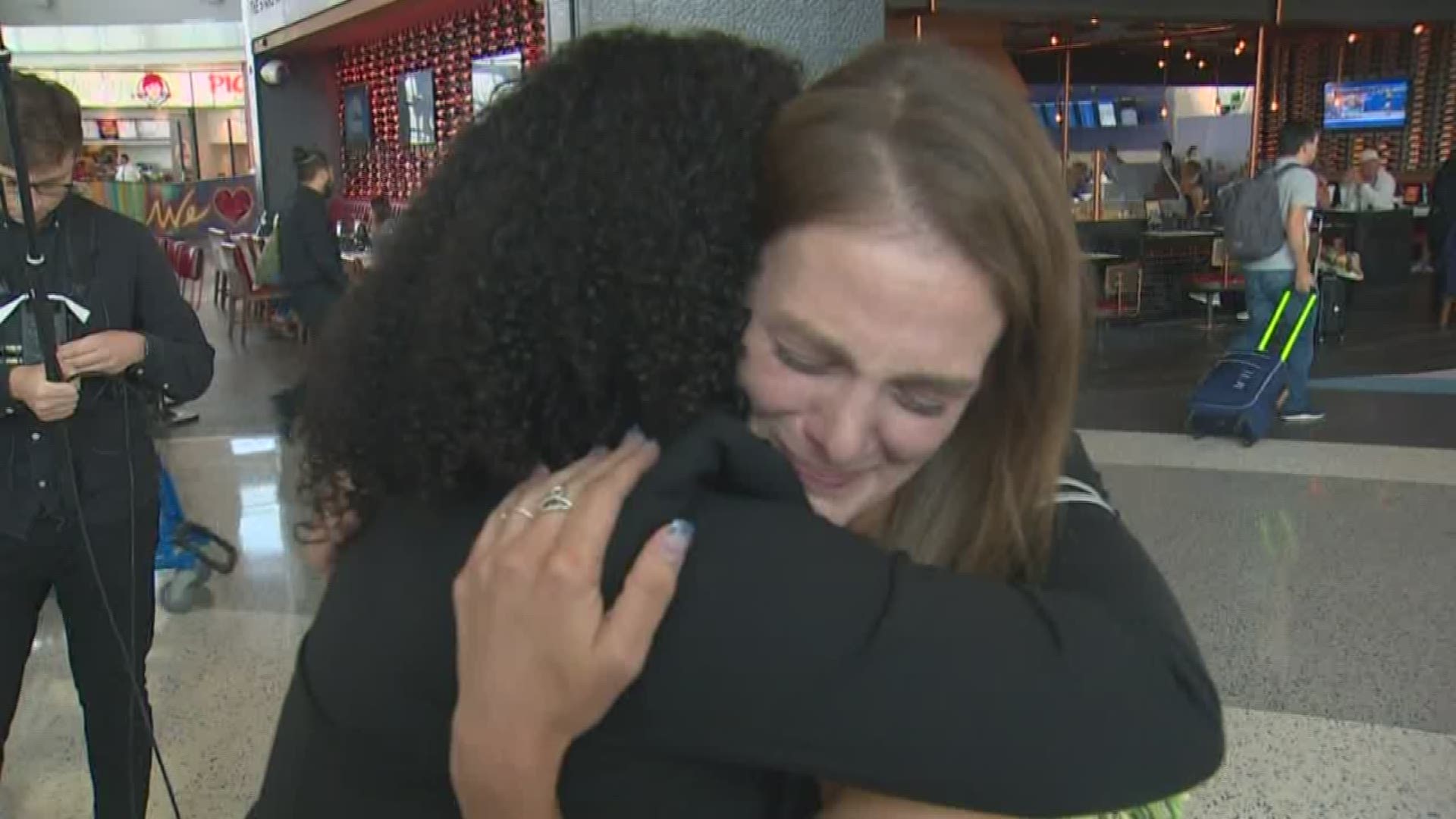 HOUSTON — The mother of a child with autism whose mid-air meltdown inspired an act of kindness from strangers got a surprise at Bush Intercontinental Airport Wednesday.

She and her family of four strolled past security nervous.

“The last 24 hours I’ve been sitting here (wondering) what is going on,” she said. “I was running all scenarios through my brain to the point I had to try to make myself stop thinking about it.”

After KHOU 11 News showed United Airlines representatives last week’s story with Gabriel on how she saluted three crew members who helped calm her son, Braysen, 4, during his mid-air meltdown, and how one off-duty flight attendant comforted the mom worried how others would react and then changed Gabriel’s life with a handwritten note, the airline helped set up a reunion worth a hug or two.

Camille Vaughn wrote the letter that Gabriel keeps in her wallet. Vaughn was a passenger on the flight headed home from San Diego to start her first day of work after maternity leave.

“She cried the whole way to her seat next to us,” Gabriel said.

Vaughn’s boyfriend had just told her that he was involved in a serious car crash. He survived and is okay.

While colleagues working the flight embraced and entertained Braysen, Vaughn, who has a nephew with autism and two years ago worked helping children with autism, hesitated.

Another crew member joined the reunion via FaceTime. She was also surprised the crew’s actions went viral online and made such an impact on Gabriel’s family.

“They don’t realize that they’re heroes,” Gabriel, who posted about the act of kindness on Facebook.