Vegan barbecue? This new Houston food truck is making quite the splash 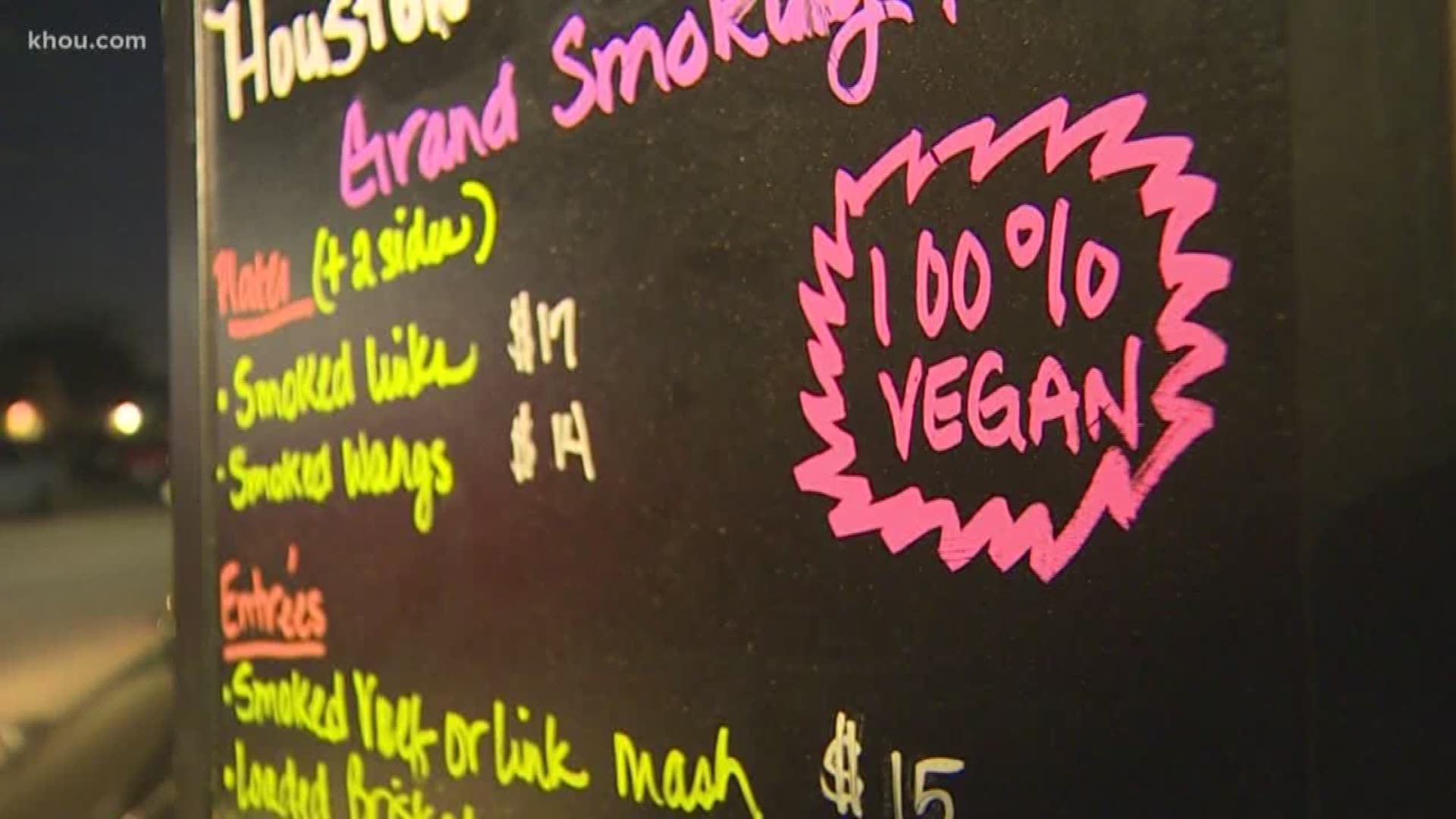 HOUSTON — People are lining up for one of the newest food trucks in town.

In Texas, barbecue is king, so it's no wonder Houston Sauce Pit is making waves. But make no bones about it, the dishes selling out the fastest don't even have meat.

Houston Sauce Pit has only been open for two weeks and it already has a solid following.

"I ended up at this intersection because my daughter is pregnant. She lives in Sugar Land and she swears by this food," Tammy Wiltz said. "Normally there are specific rules when it comes to barbecue. I'm from Louisiana where we have ribs and chicken on the pit."

Lindsay said anyone who claims it isn't real barbecue is wrong.

"Honestly, man, barbecue is smoked. Barbecue is cooking over an open flame," Lindsay said. "The people that come, maybe 40% are not vegan. Not vegan at all. By a long shot. But they come because the food tastes good."

"It actually tastes just like regular food. Sometimes it's hard for you to tell that it's vegan," Wiltz said.

Houston Sauce Pit's food truck moves around, so be sure to check its Instagram page to see where they'll be next.

"Try us out before you knock us," Lindsay said.

RELATED: While fires burn in Australia, a Texan now living there is feeding Texas barbecue to firefighters for free

RELATED: The McRib is back again, and it comes with Instagram GIFs

RELATED: Brisket prices are rising. Here's why it's happening.

RELATED: You could get paid $10,000 to eat barbecue ribs across America