On Friday, restaurants across Texas opened up their dining rooms to 25% occupancy. Some hit that cap every day over the weekend, while others did not come close. 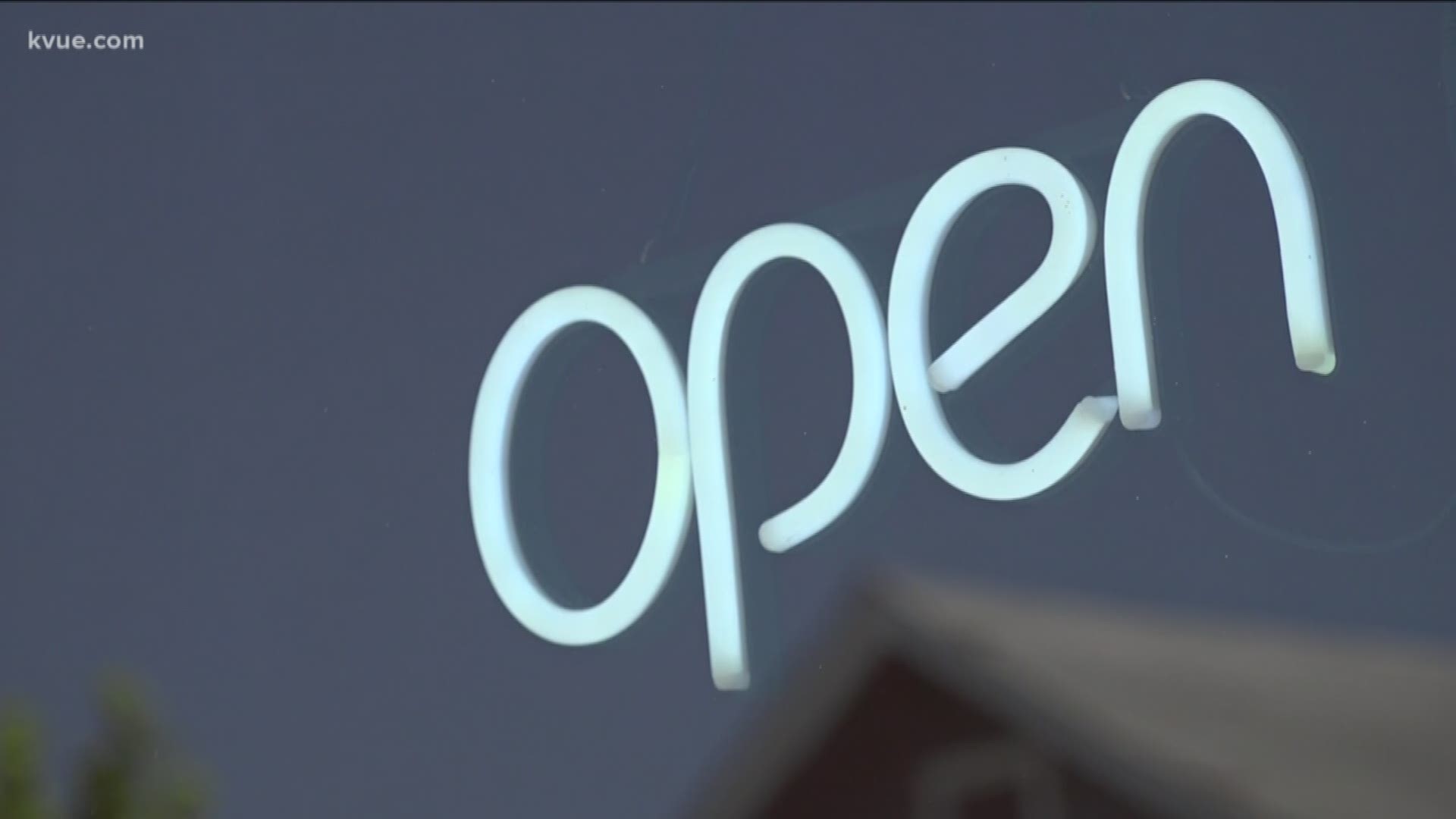 AUSTIN, Texas — All weekend, people across Texas left their homes to enjoy meals at restaurant dining rooms for the first time in weeks.

With Gov. Greg Abbott capping dining room occupancy at 25% for most counties, some restaurants hit that limit quickly. Others, however, had most of their business from take-out and to-go orders over dine-in customers.

"May 1, everything went up ... pickup, deliveries increased," Kennan Shah, the General Manager at Arpeggio Grill, said. "The only thing, dine-in was a little slow."

According to Shah, Arpeggio has been open 15 years, so loyal customers ordering out have kept the restaurant afloat over the past seven weeks of no dine-in service. He told KVUE it's actually not quite worth it to keep dining rooms open at 25% occupancy.

"Ordinance and legislation is different than reality, and people are still nervous about going out," Shah said. "It's going to be a while before people feel comfortable being in a social setting, going out and eating."

Shah estimates it will be about six months before people start to revisit restaurants regularly and maybe even a year or more before going out for food gets back to "normal."

Manuel's in Austin reached that 25% occupancy every day of the weekend, according to co-owner Jennifer McNevin. McNevin, along with her other co-owners, decided to only open the restaurant's Great Hills location. They decided to leave the original Manuel's closed downtown and will wait until office workers return to work.

"It's reservation only right now because we have to carefully plan how many people are in the restaurant," McNevin said. "We can't really be profitable just seating 25% of our restaurant, but we're very happy to at least be reopen."

Manuel's ownership decided to completely close both restaurants on March 17, electing to not serve any to-go or take-out orders. They wanted to keep all their employees safe during the pandemic. Seven weeks later, Manuel's is seeing a steady stream of dine-in customers.

As beer goes bad, industry hesitantly opens back up

Rural Texas counties reopen faster than others under state rules

"We were booked completely out over the weekend," McNevin said. "At 25%, it's not that difficult to get booked out."

Both McNevin and Shah agree, the 25% occupancy cap needs to rise to at least 50% sooner rather than later. Gov. Abbott will revisit the cap on May 18, as well as look at reopening bars and other businesses across Texas.

"If we have to do this for more than two, three weeks, and we don't at least go up to 50%, I think you're going to see many restaurants in Austin that will never reopen," McNevin said.

"I'm glad the governor is proactive, pro-business," Shah said. "Hopefully he can get things to open up sooner, but obviously you have to balance out the numbers of people getting sick and the health of everyone and the amount of jobs lost and businesses getting hurt."

LIST: These malls have reopened in the Austin area

'We are not past this': Mayor Adler to extend Austin-Travis County stay-home order