Killen's barbecue headed to new location in The Woodlands

The new location will be at the corner of Research Forest and Six Pines, just north of The Woodlands Mall. 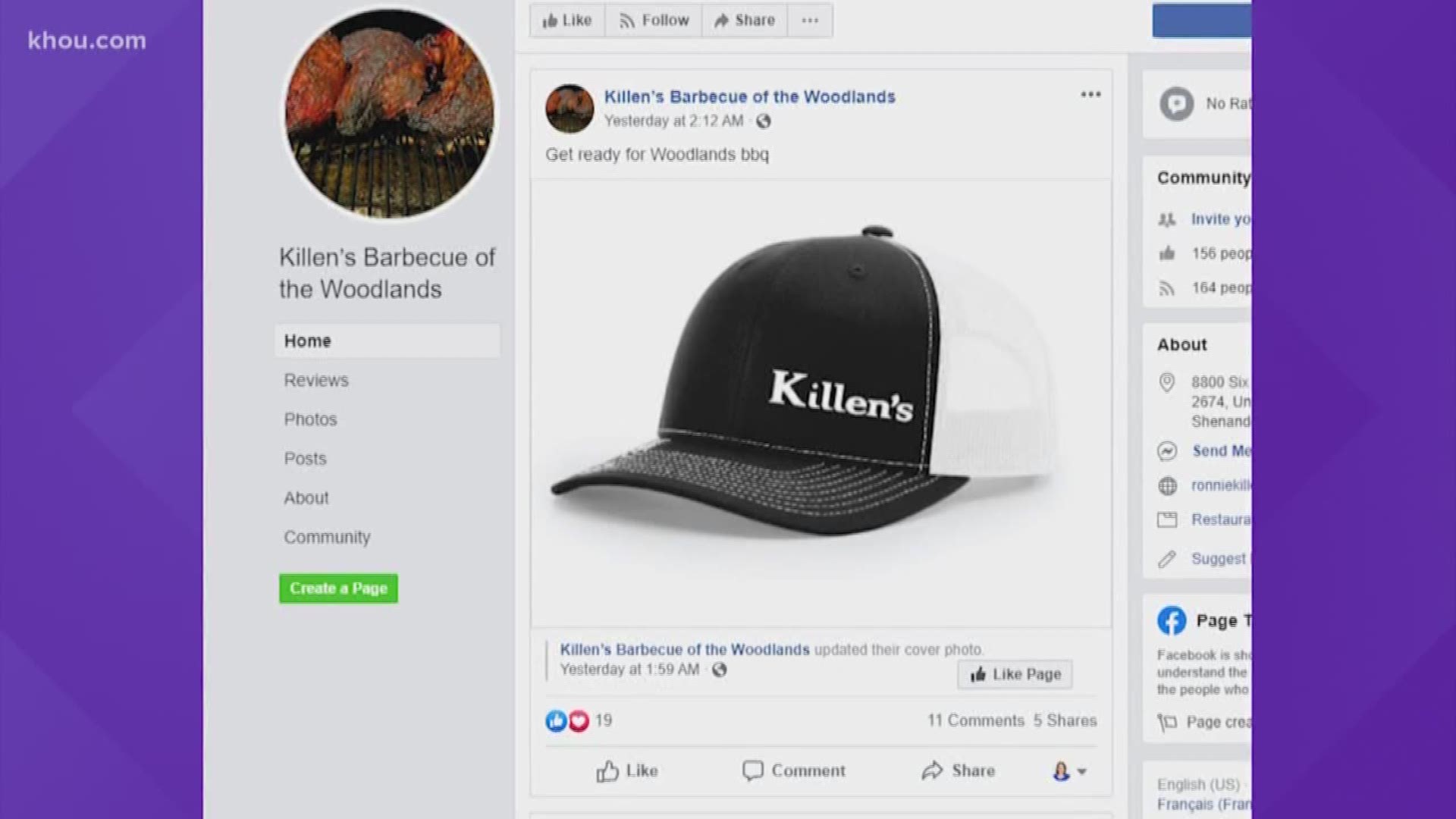 HOUSTON — Known for its barbecue in Pearland, Killen's is expanding once again.

The company expanded its operation inside the Loop about a year ago, and now, residents in The Woodlands are getting a slice of the goodness.

According to a Facebook page created for the new restaurant, the location in The Woodlands will be at 8800 Six Pines Drive, which is at the intersection of Research Forest Drive. The location used to be a Culver's.

It's not clear when the restaurant will open, but according to a Houston Culture Map article, Ronnie Killen said he hopes to close on the property around April 1, which would put the restaurant on track to open in late May or early June.

Killen said he's leasing the property in order to hold weekly pop-ups at the location. According to the Culture Map article, expect them to begin the weekend of Feb. 15.

RELATED: Arnold Schwarzenegger to Killen's Barbecue: 'I'll be back'