You can eat and sleep at the gas station if you dare. 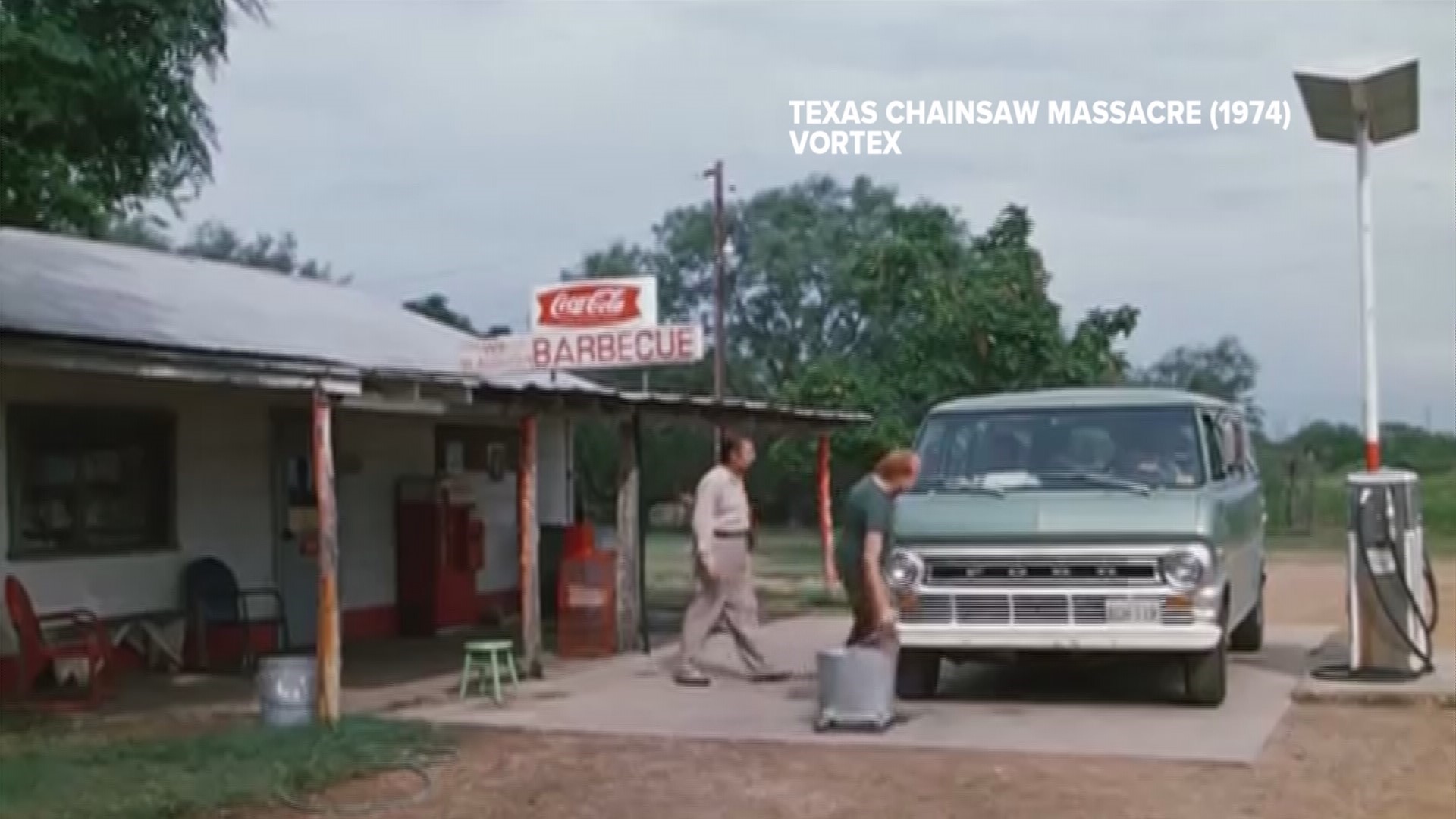 BASTROP COUNTY, Texas — In a place filled with meat, Ben Hughes may be the biggest ham of all.

"I'm here so much this is actually the address on my driver's license. If the cops are going to find me, it is going to be here," Hughes said.

He manages a barbecue joint run out of the same building as the gas station in the original "Texas Chainsaw Massacre" movie. It's called none other than "The Gas Station." Fans of the original slasher film remember that scene well.

"The film was shot here. It's in the first few minutes where they pull up to the gas station," Hughes added.

No chainsaws here – only an electric knife and some utensils.

"I'm not allowed to scare people ... the insurance company said no," Hughes joked.

RELATED: You can eat and sleep at the original 'Texas Chainsaw Massacre' gas station

And after you stuff your "leather" face, you can reminisce about your favorite psycho. From posters and signed photos to T-shirts and figurines, it's scary how many things you can buy.

"There is a huge cult following for things of this nature," Hughes said.

Not only can you eat at the gas station, but you can also sleep there!

Out back is set up like a campground with mini cabins and a sweet outdoor patio. Some nights they show movies. Just be sure you show up hungry.

RELATED: Dine inside the original home featured in ‘Texas Chainsaw Massacre’ in Kingsland

"Our brisket will compete with anybody. You can go look at our reviews. As far as brisket goes, we do $13.99 a pound. Hospitality is always gonna be there we have a good time," Hughes said.

The Gas Station is known worldwide because the movie is so popular, and judging by the brisket, the food is making its mark too. The Gas Station is going on three years now. Before that, it was an abandoned building. Things changed when a man from Ohio, who's a huge fan of the Texas Chainsaw Massacre, bought the place.

Iconic 'Greetings From Austin' mural cleaned up after being vandalized

MISSING IN EAST TEXAS: What happened to Lauren Thompson?