You can find Shore Raw Bar & Grill off Highway 71 in Oak Hill. 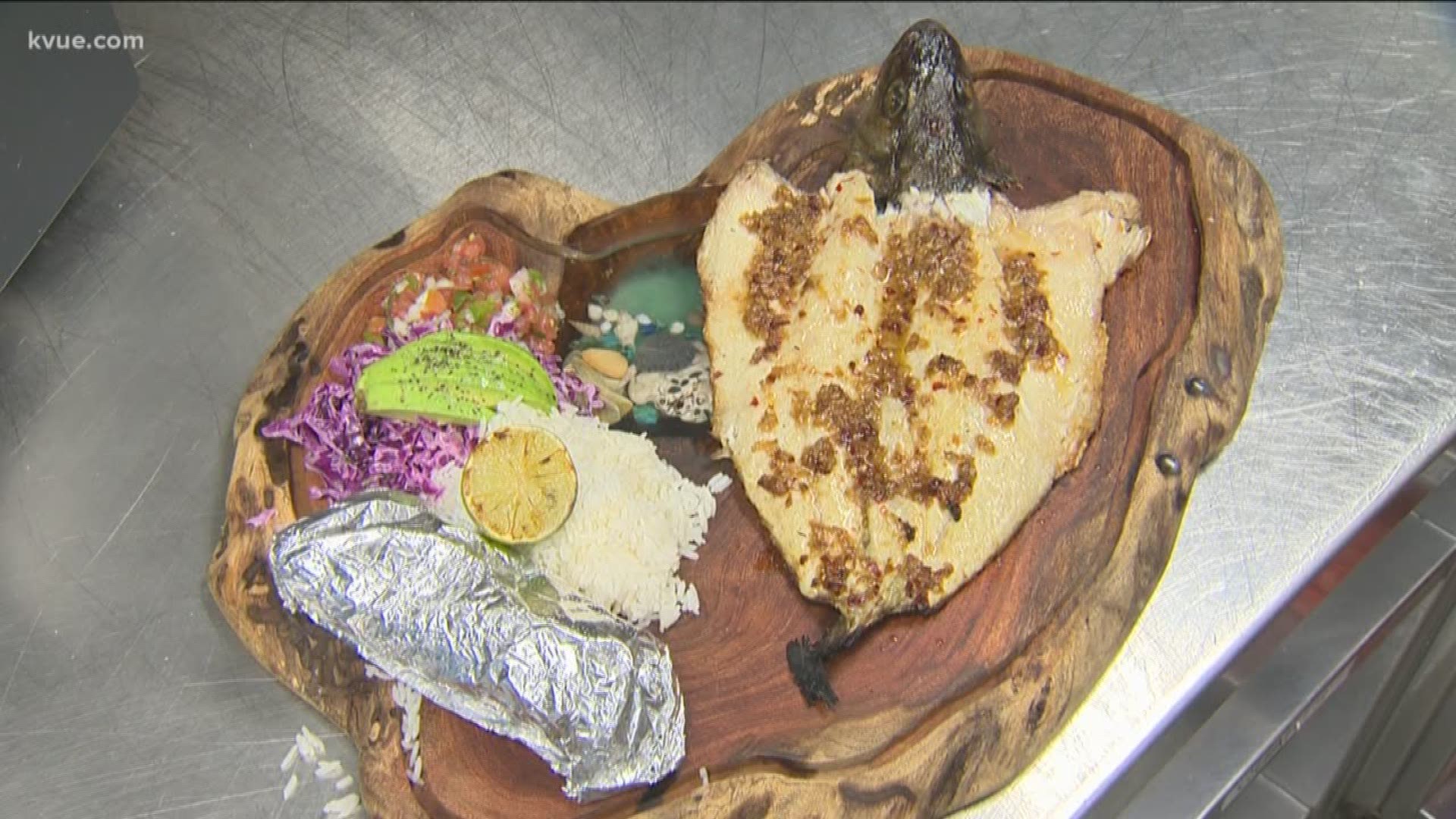 AUSTIN, Texas — When making dinner plans, heading downtown and fighting traffic can be a real pain. But who says you can't get a fun, fine dining experience in southwest Austin?

"Alright, we're just gonna go for it. That is the sound of the skin and that butter, roasting and taking on flavor," said Brandon Silver, executive chef of Shore Raw Bar and Grill, as he showed KVUE around his kitchen.

The kitchen is his domain and whole fish is on the menu.

"It is a Mediterranean sea bass. We've basically butchered out all the bones and butterflied the fish out," he added.

The fish is grilled in a "mojo de ajo," which is a roasted garlic and chili oil. It is cooked over mesquite and served on a custom-made mesquite cutting board. It comes with taco toppings, rice and tortillas.

"We source the best stuff we can get from the gulf. But the emphasis is fresh seafood. That's number one," Silver said.

The raw bar features up to a dozen different oysters, brought in from Galveston or up north in New England.

RELATED: Eat your heart out at Churro Co. in Austin

RELATED: Papi's Pies serving up perfect pastries in Round Rock

RELATED: Smash it, roll it, eat it: Rolled ice cream is the trendy new treat in Austin

Another menu item is gulf oysters basted with chorizo butter.

"And cotija, it's like the Mexican parmesan. We grill it and we hit it with Cholula hot sauce, fresh cilantro stems and lime juice. At the very end we serve it with grilled bread," said Silver.

From tacos to red snapper, the menu is chock full of variety.

But if you still can't decide and money is no option, I suggest you try the seafood tower: We're talking 12 raw oysters -- with or without sauces on them -- a dozen peel-and-eat shrimp, king crab legs, house-made ceviche and crudo.

"It's basically the ultimate seafood sampler at Shore. It's awesome," added Silver.

But that's not all. There is a fried pile of deliciousness that comes on top of the seafood tower. It comes with shoestring fries, fried oysters and fried shrimp. But don't get too stuffed.

"I always say I actually have another stomach just for dessert," said executive pastry chef Angel Castillo. She showed us her tres leches cake. An entree that is light and shareable.

And let's not forget the strawberries and creme crepe. It's featured on their brunch menu.

One thing is for sure when you head to Shore: Come hungry and expect an experience.

"Everything is thought out well enough to where when you eat you really open your eyes," Silver said.

Here's a fun fact about Shore. The artwork you spot on the walls of Shore is by artist Todd White. He used to be the lead character designer for SpongeBob SquarePants.