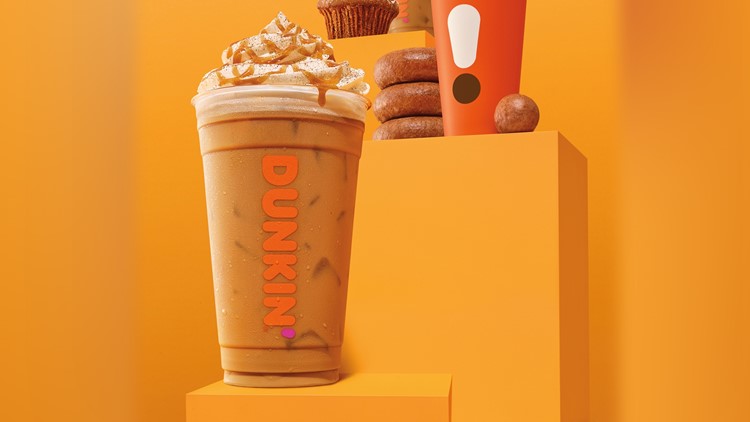 Okay so it's still technically summer, but for some people fall begins when the restaurants and coffee shops break out the nutmeg and pumpkin spice and sprinkle it on everything.

According to a Business Insider report, Starbucks' ever-popular Pumpkin Spice Latte will make its official comeback earlier than ever: Aug. 27.

Though Starbucks has not officially announced the drink's return date, store employees posted it to social media, according to Business Insider.

Not to be outdone, Dunkin Donuts is getting fall started nearly a week earlier than Starbucks. The company's official news blog says its fall lineup debuts Aug. 21.

The 2019 fall snacks and drinks include a new Cinnamon Sugar Pumpkin Signature Latte. How much sugar does it have? Well if you have to ask.........

Also in Dunkin's tasty lineup this year is the new Apple Cider Donut and Munchkins donut hole treats along with the Pumpkin Donut and Muffin.

They are taking this fall thing very seriously by the way. The chain says eight of its stores will rebrand to Pumpkin' for the season instead of Dunkin'.