After cold weather delays start of season, crawfish is officially back 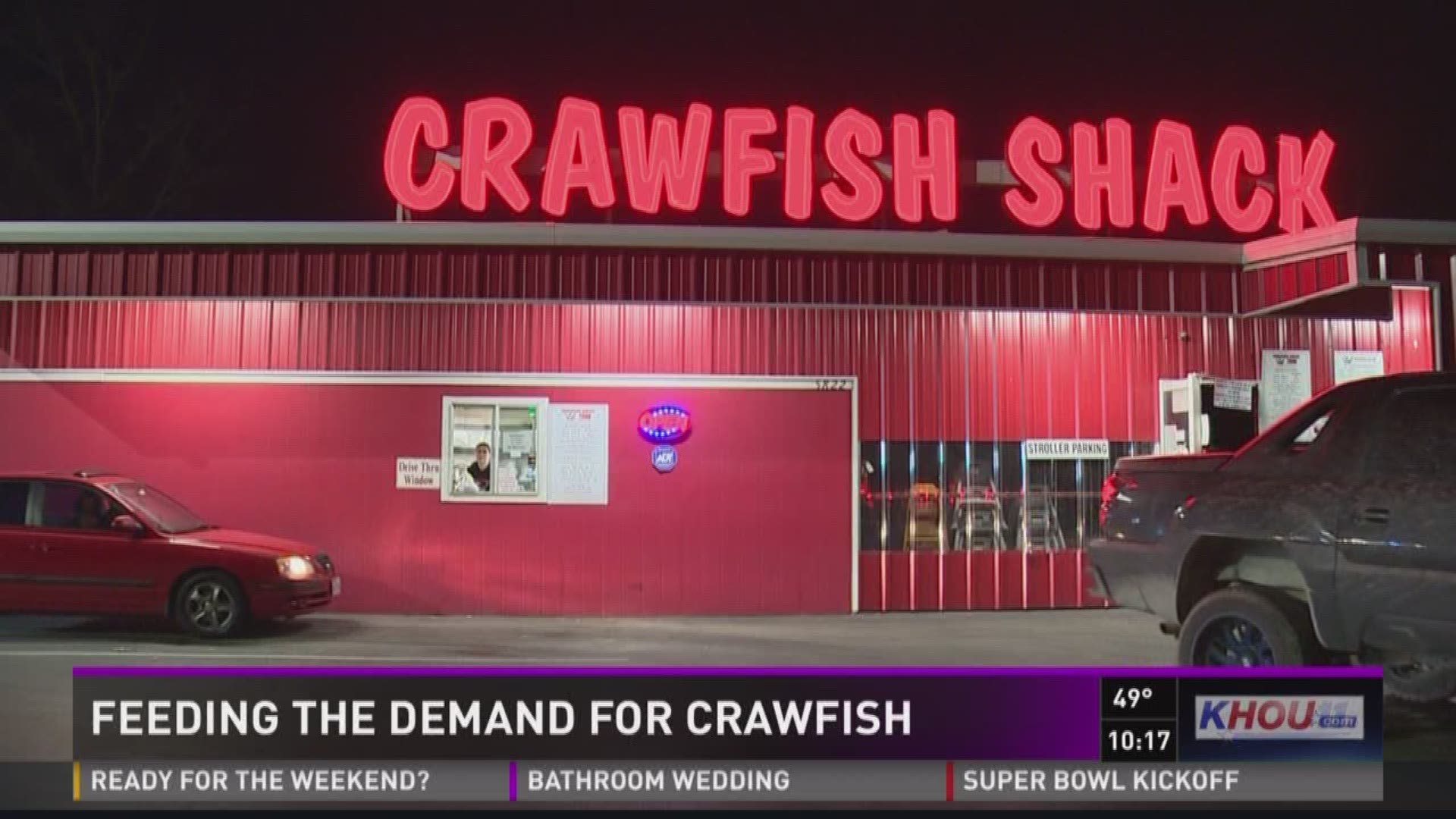 CROSBY, Texas - At the Crawfish Shack, it doesn't take long for the lines to back up.

It's Day 2 of crawfish season and the restaurant's drive-thru is open for business.

The Crawfish Shack is back, but this year Opening Day was two weeks later than usual.

"The supply is weaker, farmers are getting a third of the amount they got last year," said Meaux.

And you can blame the cold for that.

"The cold just doesn't kill them, it stuns them" said Meaux. "So they're not growing very much."

Employees at the Shack throw out the tiny ones before a quick second wash. This early in the season they have to throw out a lot.

Many mudbugs don't make the cut, and that means prices have to creep up.

But those diehard crawfish lovers don't mind especially at the Shack. They'll wait and order pound after pound because they know it's always worth the wait.

"It always improves by late February, no matter how cold it is," said Meaux.

The Crawfish Shack is only open at the drive-thru right now, but it expects to open up the dining room next Wednesday.

Crawfish season is back Houston! But supply is down and prices are up! We’ll take you out to the @CrawfishShack in Crosby where they had lines stretching for blocks on opening day #KHOU11 pic.twitter.com/RovwobJBBl