“It’s almost like getting to see Matthew again. I know his heart continues to beat,” Jordan Spahn said. 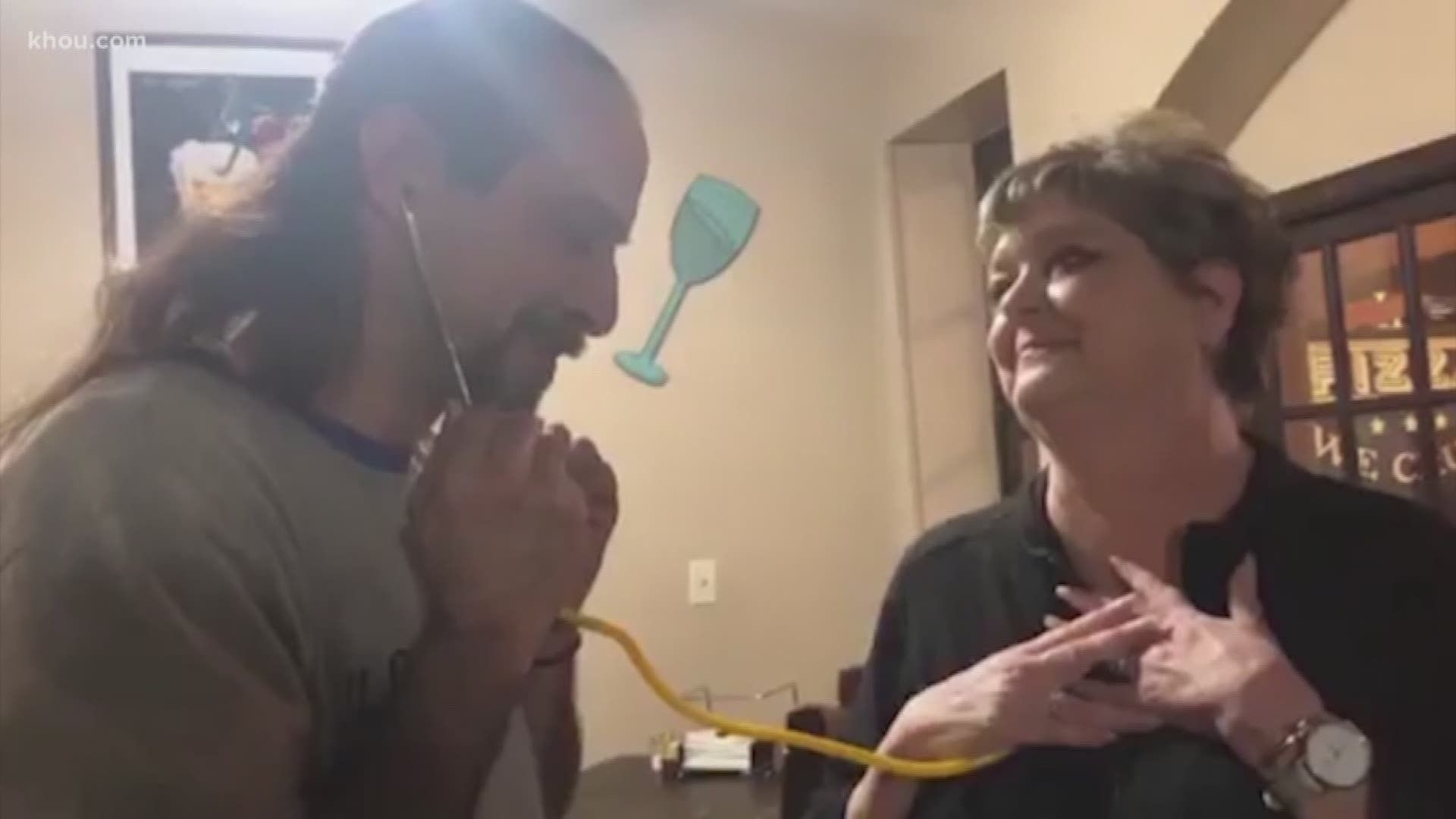 HOUSTON — A young man named Matthew Spahn was struck by a car and killed on a dark Brenham road in 2018.

The 21-year-old was well-known in the community as a track star at Brenham High School.

“He was just walking home. It was just a very tragic accident,” said Jordan Spahn, his father.

For ten days, Matthew fought for his life at the hospital.

His family is grateful they had a chance to say goodbye.

“You’ve got your ups and downs. You’ve got your questions. You wonder about the timing. When it was all said and done with, we figured out exactly why things happen the way they do,” Jordan said.

It turns out, losing a loved one meant gaining a whole new family.

Matthew was an organ donor, so he was able to save five people.

Kristi Russ of League City suffered from chronic heart failure until she got Matthew’s heart.

“You’re very thankful, because you know without it, I would have never survived. I was on borrowed time,” Russ said.

For a year, she wondered who gave her the second chance.

Last week, she met her donor’s father for the first time.

Jordan got to hear the part of his son that lives on.

“It’s almost like getting to see Matthew again. I know his heart continues to beat,” he said tearfully.

“It’s his heart that’s just in my body. Anytime they want to hear him, I’m a text away,” Russ said.

Now, these families are forever connected because of a young man’s life-changing gift.

Both families hope sharing their story will inspire someone to become an organ donor.