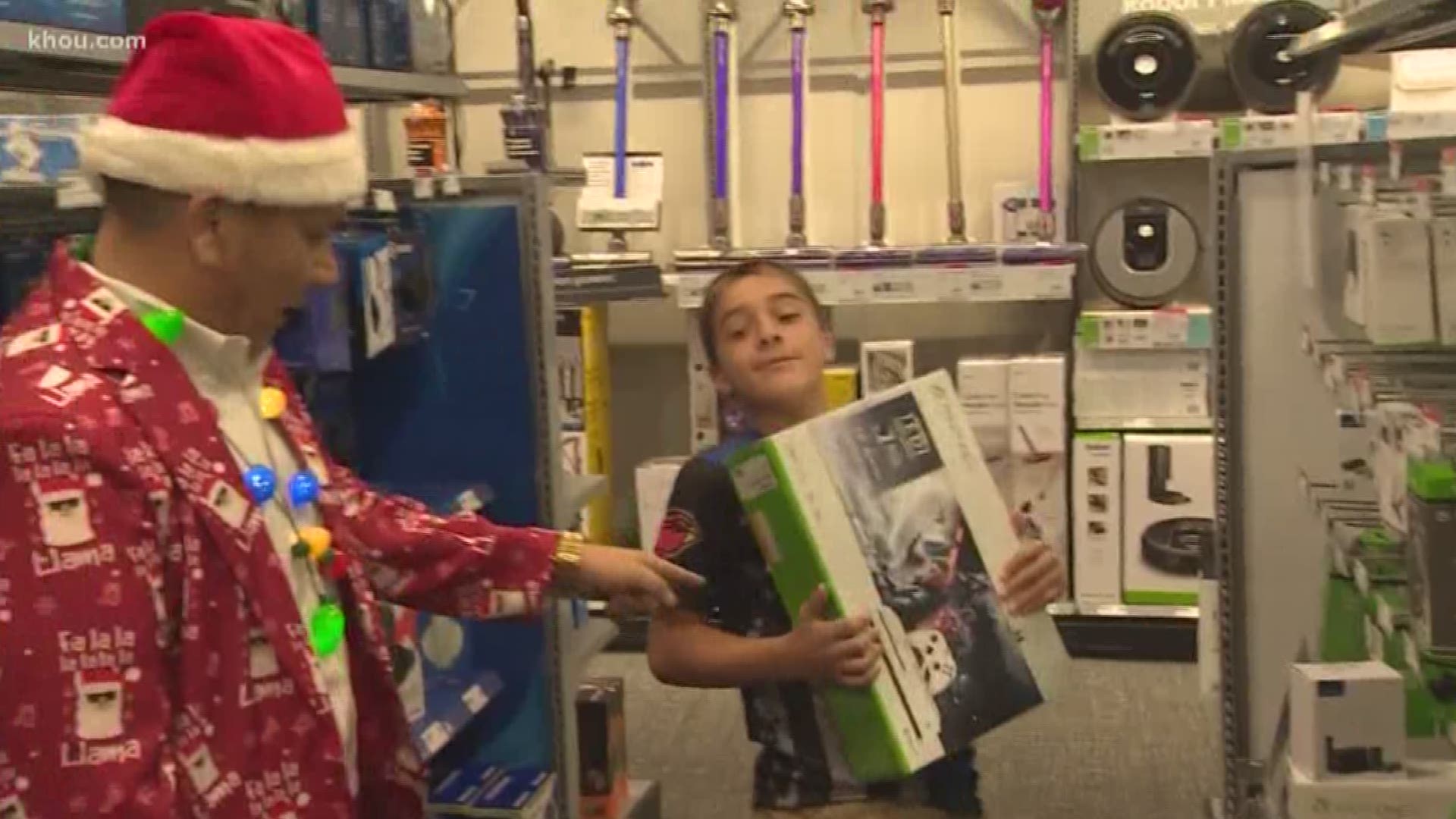 LAKE JACKSON, Texas — The holidays will never be the same for the family of Officer Abigail Arias. But the overwhelming love and support from the community are helping them cope.

The story of the 7-year-old who died last month after a brave battle against the "bad guys" touched people all over the country.

On Monday, a law enforcement organization from Pennsylvania called LEO Only made a shopping spree possible for Abigail’s brother, Ethan. They gave him $400 to spend at Best Buy.

Like most 10-year-old kids, Ethan wants a game console and video games for Christmas. But he'd trade all that and more to have his little sister back.

With his father and Freeport Police Chief Ray Garivey by his side, Ethan made his way around the store. A shopper noticed what was going on and handed Ethan an extra $50.

Ruben Arias said Ethan can really use the support.

"He's having a really hard time,” Ruben Arias said. “Most people that followed our journey understand that for the first two years of her battle, it was just them two."

But Monday, Ethan was smiling.

The family said Abigail's fight to help other kids battling cancer will continue through the foundation started in her name.

Ruben Arias
Freeport Officer Abigail Arias has 28,065 members. This page is to keep everybody posted on what Abigail is up to. This is a great place for everyone to...