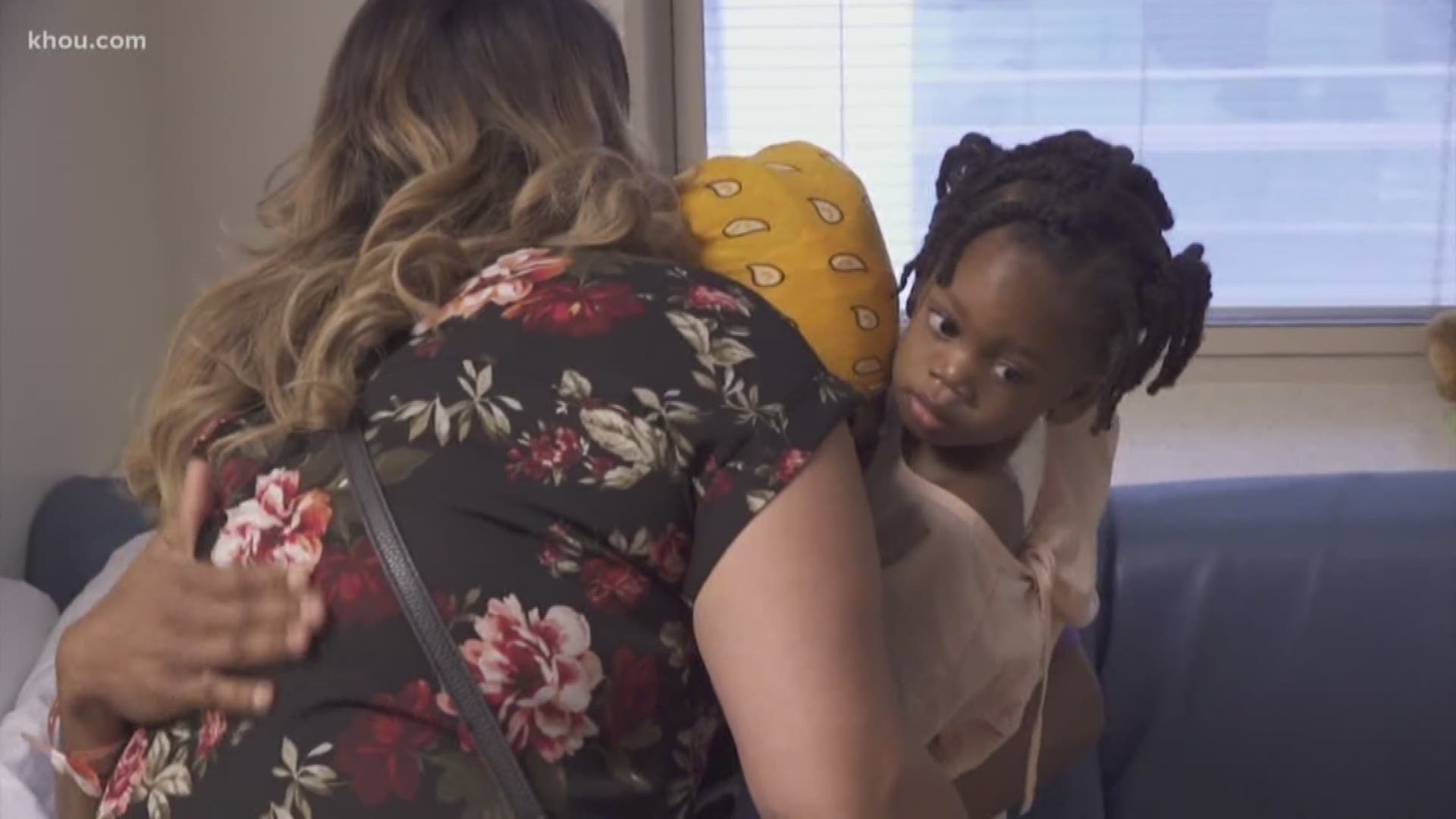 HOUSTON — Brandon Ross may not be old enough to remember her face or name, but his parents will never forget Joanna Lopez.

Lopez, a nurse at Memorial Hermann Sugar Land Hospital, was off duty last Wednesday. She and her husband, Tinh Nguyen, stopped at a gas station in southwest Houston around 1 p.m. May 1.

Around the same time, a 20-year old father pulled into the gas station after he told police he accidentally rear-ended another vehicle. As the father said he tried to apologize, the other driver pulled a gun.

Two shots were fired at the 20-year old's vehicle. His 3-year old son and 18-month-old son were in the car.

The 18-month-old was shot in the chest. Nguyen saw the commotion and called 911.

Lopez tended to the child before he was rushed to a hospital.

Five days later, with gifts in hand, Lopez and her husband walked into a hospital room at Children's Memorial Hermann excited to reunite with Brandon.

It was the first time Lopez saw the boy since the shooting.

"Brandon’s father and I want to thank each and every person who opened their arms to us and who prayed for our son following the senseless act that harmed him and our family," said mother Summon Rudolph. "We are extremely grateful for the care Brandon received before and during his time in the hospital. We are looking forward to being home as a family and ask for privacy as Brandon recovers. God is love.”

Memorial Hermann confirms the 18-month-old was discharged from the hospital Sunday.