Don't try to pick them up because they will bite, Texas Parks and Wildlife said. 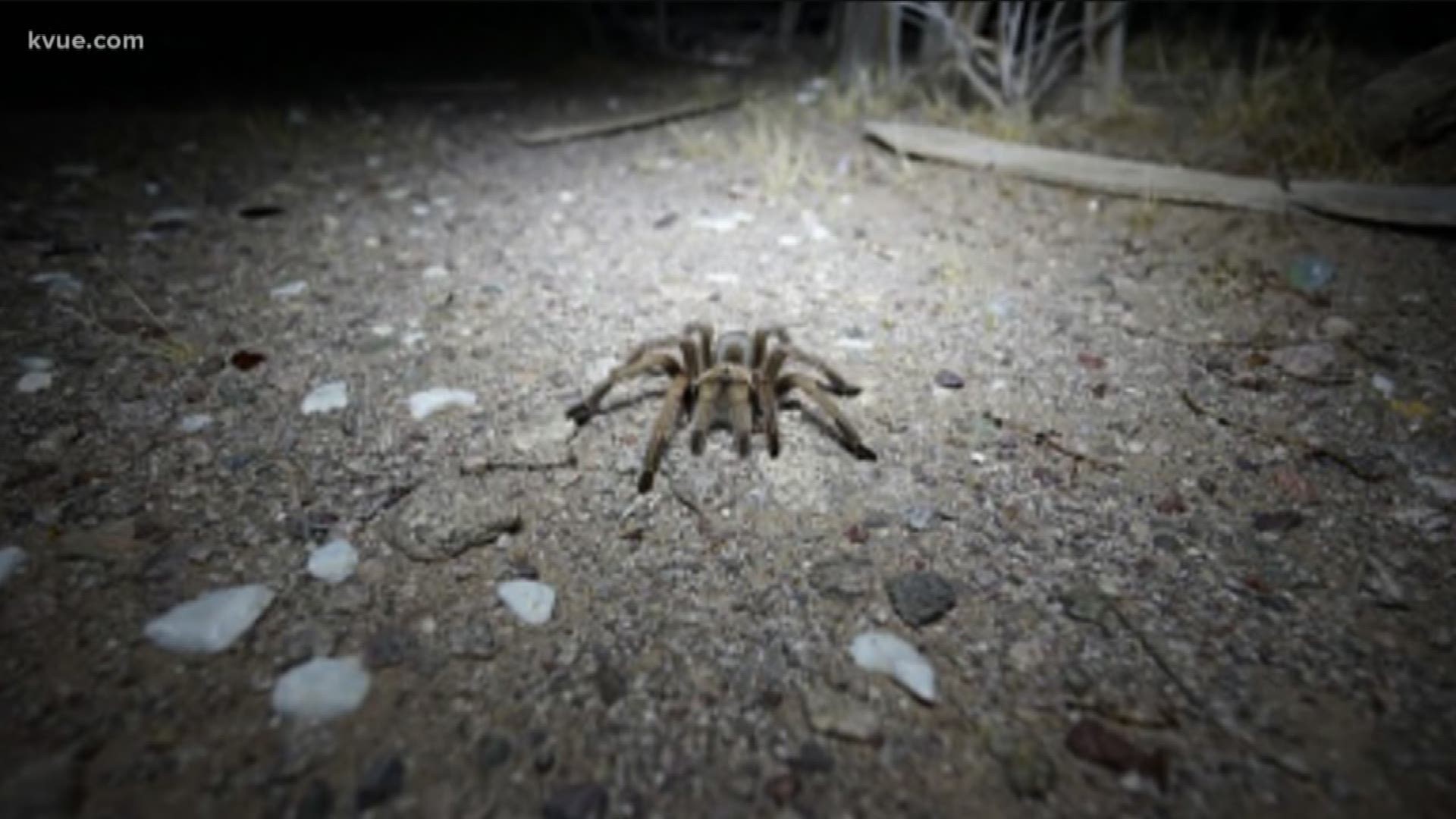 AUSTIN, Texas — If you haven't been to the Barton Creek Greenbelt yet, watch your step.

Large, fist-sized tarantulas have made their way onto the trails. Some of these spiders are known to grow nearly five inches across, about the size of a hand.

According to our partners at the Austin American-Statesman, Texas Parks and Wildlife biologist Ross Winton said cooler temperatures and consistent rainfall over the past several months might have made tarantulas more likely to be on the move this summer.

RELATED: GUIDE: How to react to dangerous animals you may see in Texas

Tarantula sightings on the trail have also been shared on social media.

Winton told the Statesman that male tarantulas are more mobile than females, and more likely to be seen. They tend to wander in search of food or seeking a female mate.

Females usually spend most of their times in burrows, waiting for males to find them, Winston added. Floodwaters can force them out of their burrows, leading to more encounters.

Don't pick them up because tarantulas can and will bite, TPW said. They also have hairs on their abdomens that can cause itching and irritation when touched, but they don't pose a significant risk to humans.

If you are curious to see the tarantulas, the best time to find them is at night, or in the twilight hours right before sunset or around dawn.

WATCH: Tarantulas on the move at Barton Creek Greenbelt

'It makes you look over your shoulder more.' Mountain lion spotted in Hutto community