Air 11 was overhead the morning after heavy rains when an alligator was found near homes southeast of Houston. 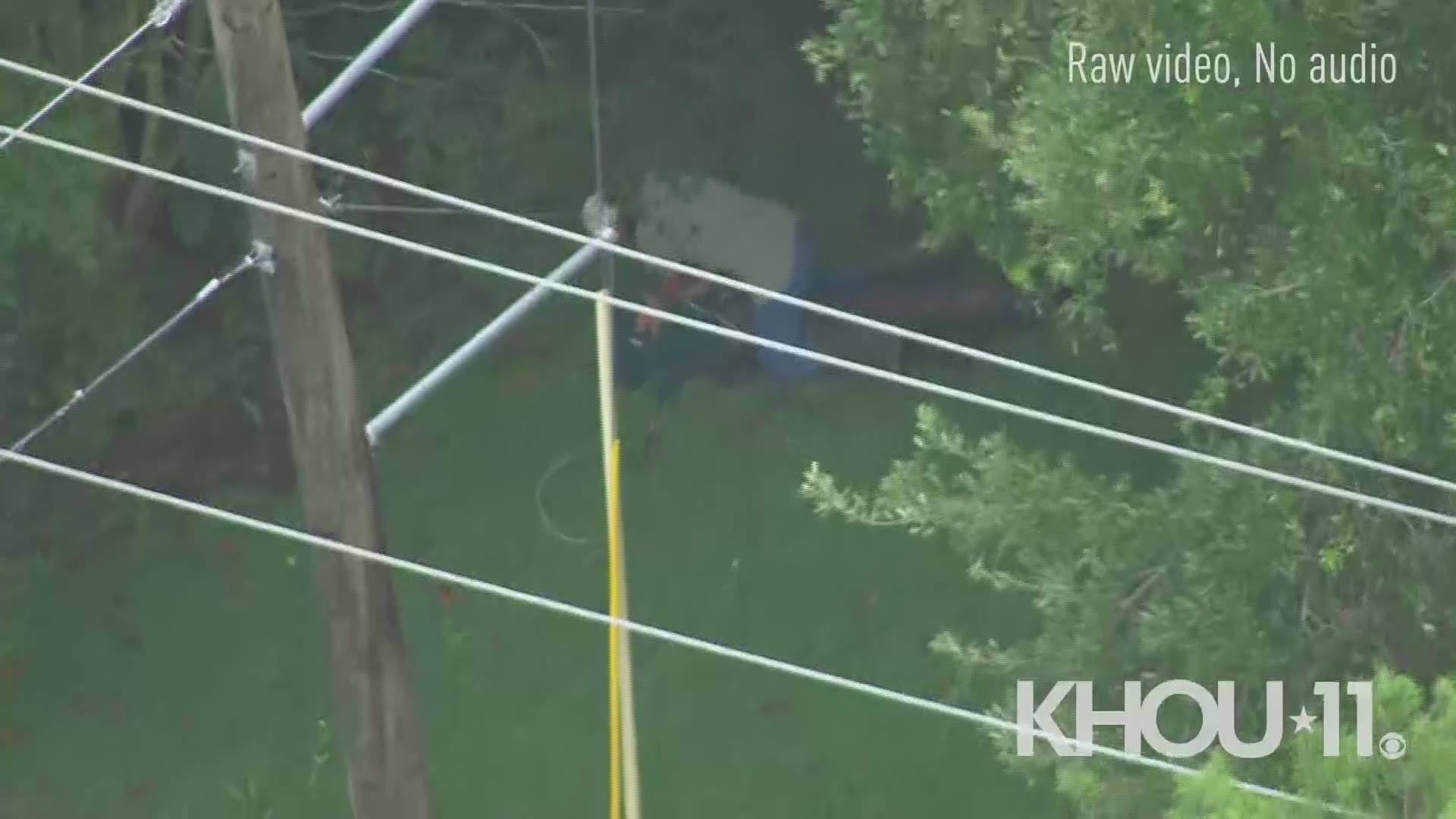 CLEAR LAKE, Texas - When you live along the Gulf Coast, it's no surprise that you'll see a gator or two now and then.

But what you don't want to see is a large alligator next to your house.

Air 11 was over the 13000 block of Garden Creek Way early Wednesday after a seven-foot gator was found in a neighborhood there.

Views showed an animal wrangler on top of it, restraining the gator so it could be safely relocated.