Petland says police spotted the women who took Mario a few miles up the road at The Woodlands Mall trying to swap out the license plate on their car. 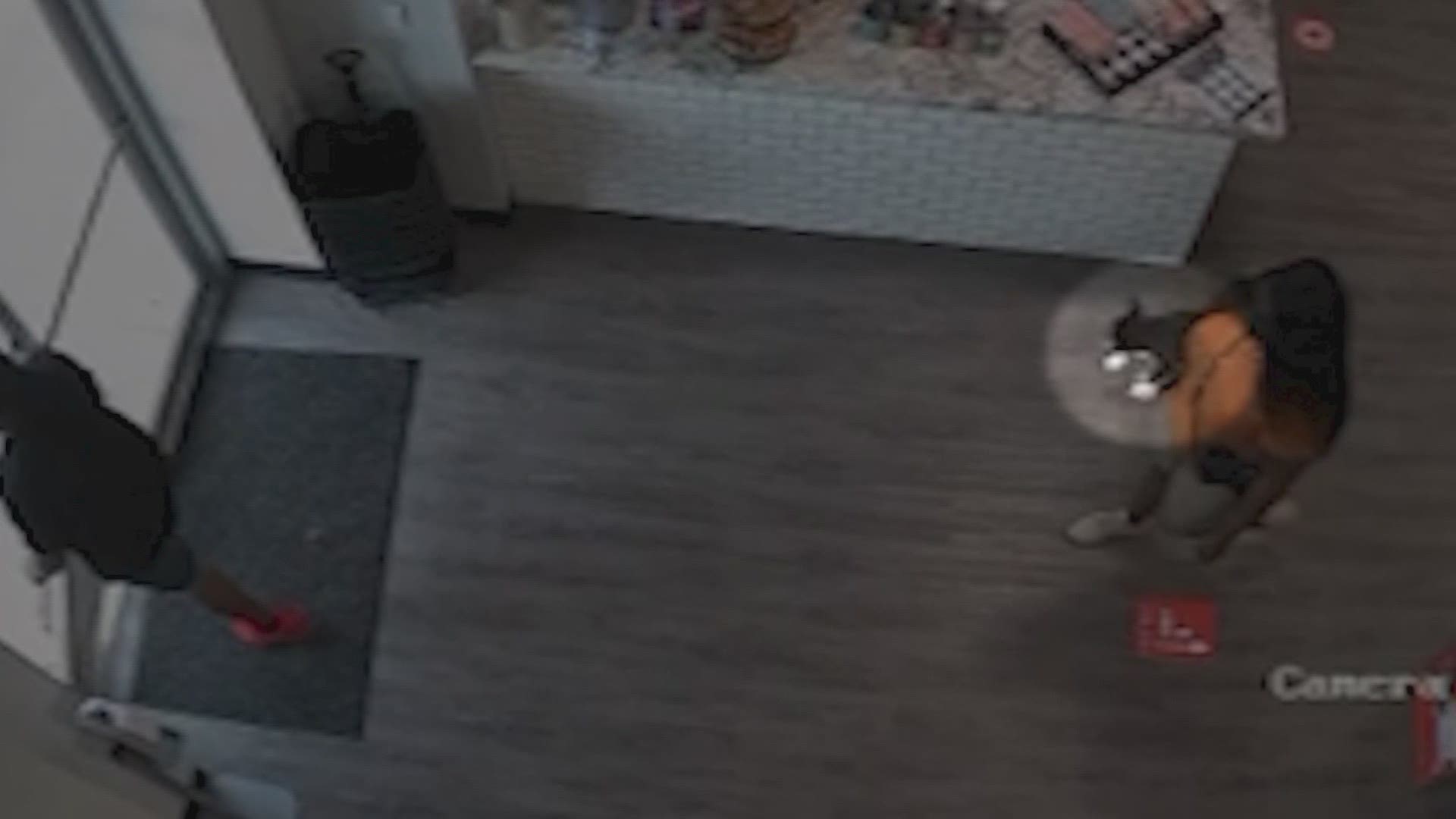 THE WOODLANDS, Texas — Two suspected dognappers were caught on video Monday stealing a French bulldog from a Petland store near The Woodlands.

Store employees say the women asked to see “Mario” then walked him out the door.

The pet store in Shenandoah allows potential adopters to play with the dogs first, but police say the women had no intention of paying for Mario.

The store’s workers followed the women outside but did not catch them.

Petland says police spotted the women a few miles up the road at The Woodlands Mall trying to swap out the license plate on their car.

Shenandoah Police say they finally caught the pair near I-45 and the Hardy Toll Road.

The women were put into handcuffs and Mario was returned safely back to the store.