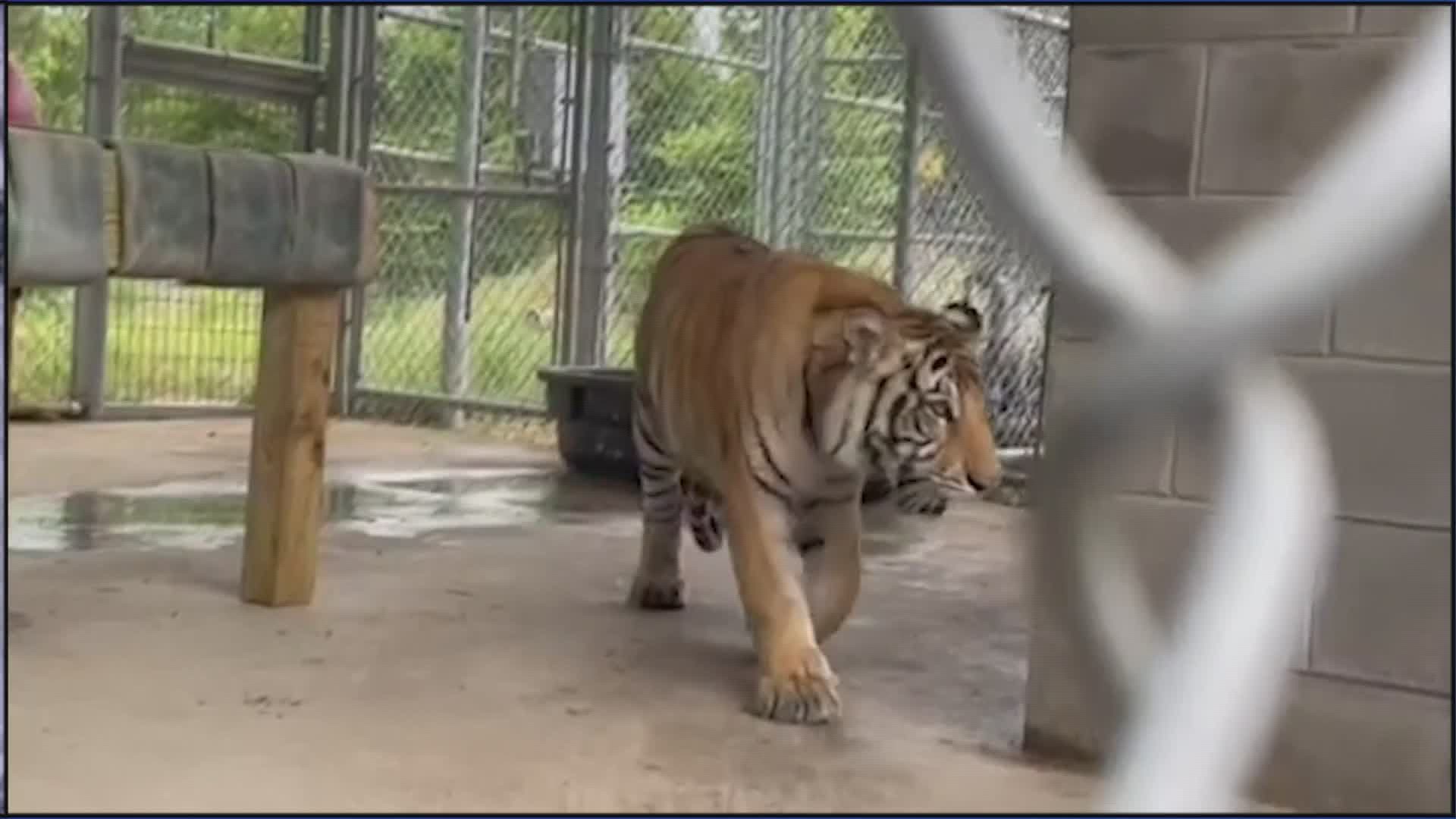 HOUSTON — India the tiger's story continues to make headlines. Videos of the 9-month-old tiger roaming a west Houston neighborhood have been seen across the world.

"When something like this happens, this is when animal activists jump on and say tigers shouldn't be with people or in cages," said Jenn Garrett, co-owner of a small animal sanctuary Hootierville Junction.

Garrett has owned tigers before and plans to own more in the future.

"I'm not out to make millions of dollars, I just want to give animals a quality home, care and attention for the rest of their lives, I should be allowed to do that," Garrett said.

She has a United States Department of Agriculture dangerous animal permit.

"I follow all the rules set in place by the USDA, my agent and vet, what they say is what I go by," Garrett said.

Garrett is one person in a large community fearing that one day owning tigers won't be an option.

"When you have a cat loose, it makes everyone look bad," Garrett said.

It would also prohibit public petting, playing with, feeding and photo ops with cubs. Letterman said India's story highlights the need for this legislation.

"We strongly do not believe there is a safe way for the public to own exotic animals," Letterman said.

Garrett told KHOU 11 she disagrees and is just hopeful Victor Cuevas' actions don't end up ruining her chances to own the animals she loves most.

"If you give them love and attention, you can have that really good bond with them," Garrett said. "We're not all bad. We want to be able to have these animals, and share them with people."

The Big Cat Public Safety Act did pass the House last Congress but didn't have time to get through the Senate. A lot of folks now watching and waiting to see if this is the year it finally becomes law.