Shanti will give birth in the McNair Asian Elephant Habitat cow barn. 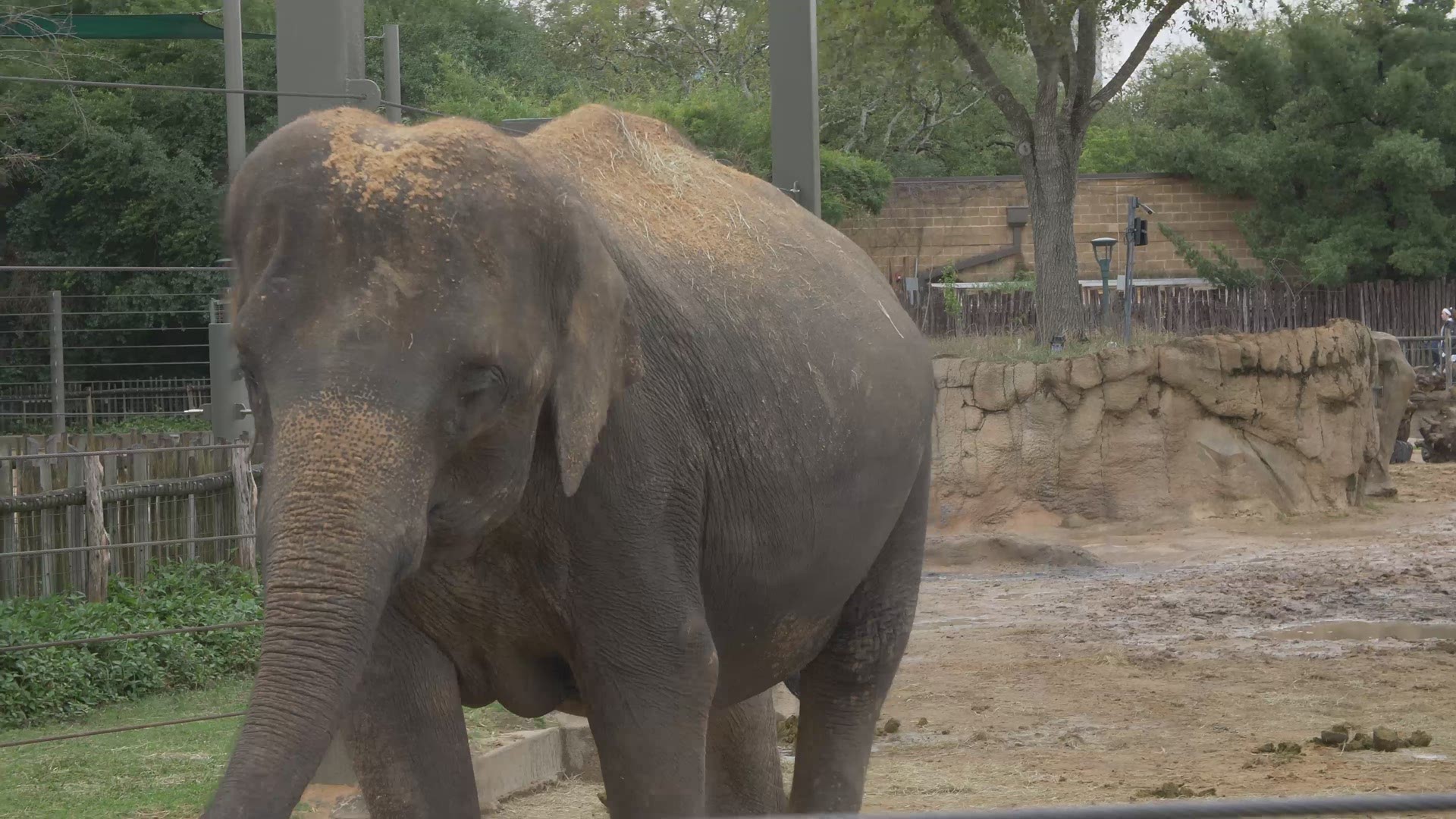 HOUSTON — The Houston Zoo is expecting a special delivery in the spring.

Asian elephant Shanti is pregnant and, after a two-year pregnancy, she'll give birth in the coming months.

According to the zoo, 29-year-old Shanti is one of the Houston Zoo’s 10 Asian elephants. She is already a mother to Baylor, age 9; Duncan, age 6; and Joy, age 2.

The father is a 54-year-old Asian elephant named Thailand.

"Zoo officials are optimistic that this pregnancy is advancing normally and on schedule," stated the zoo in a press release. "Shanti has received nearly two years of pre-natal care by the zoo’s elephant and veterinary teams with regular ultrasounds and blood work. The zoo team will continue to monitor Shanti as she progresses into the labor process, indicated by a hormonal change in her daily blood analysis."

Shanti will give birth in the McNair Asian Elephant Habitat cow barn.

After delivery, she and the calf will undergo post-natal exams and spend several days bonding behind the scenes before they make their public debut together.

In 2018, the Houston Zoo welcomed a birth from Asian elephant mother Tess. And baby Joy (seen above) was born to mother Shanti in 2017.

More from the zoo:

The elephant team looks forward to watching the pair share several key moments that will prepare them for their public debut. Nursing, communicating with mom, and hitting weight goals are important milestones for a growing baby elephant.

Just by visiting the Houston Zoo, guests help save baby elephants and their families in the wild. A portion of each zoo admission and membership goes straight to protecting wild elephants in Asia. The Bornean elephant population has increased since the Houston Zoo started its wildlife saving support in 2007. The Houston Zoo provides funds for elephant conservationist, Nurzhafarina “Farina” Othman and her team in Asia, to put tracking collars on wild elephants. The collars are used to follow wild elephants, collecting valuable movement data that is used to inform future protection for the elephant families as they travel through the forests.