One snake was even seen rattling right under a front doorstep. 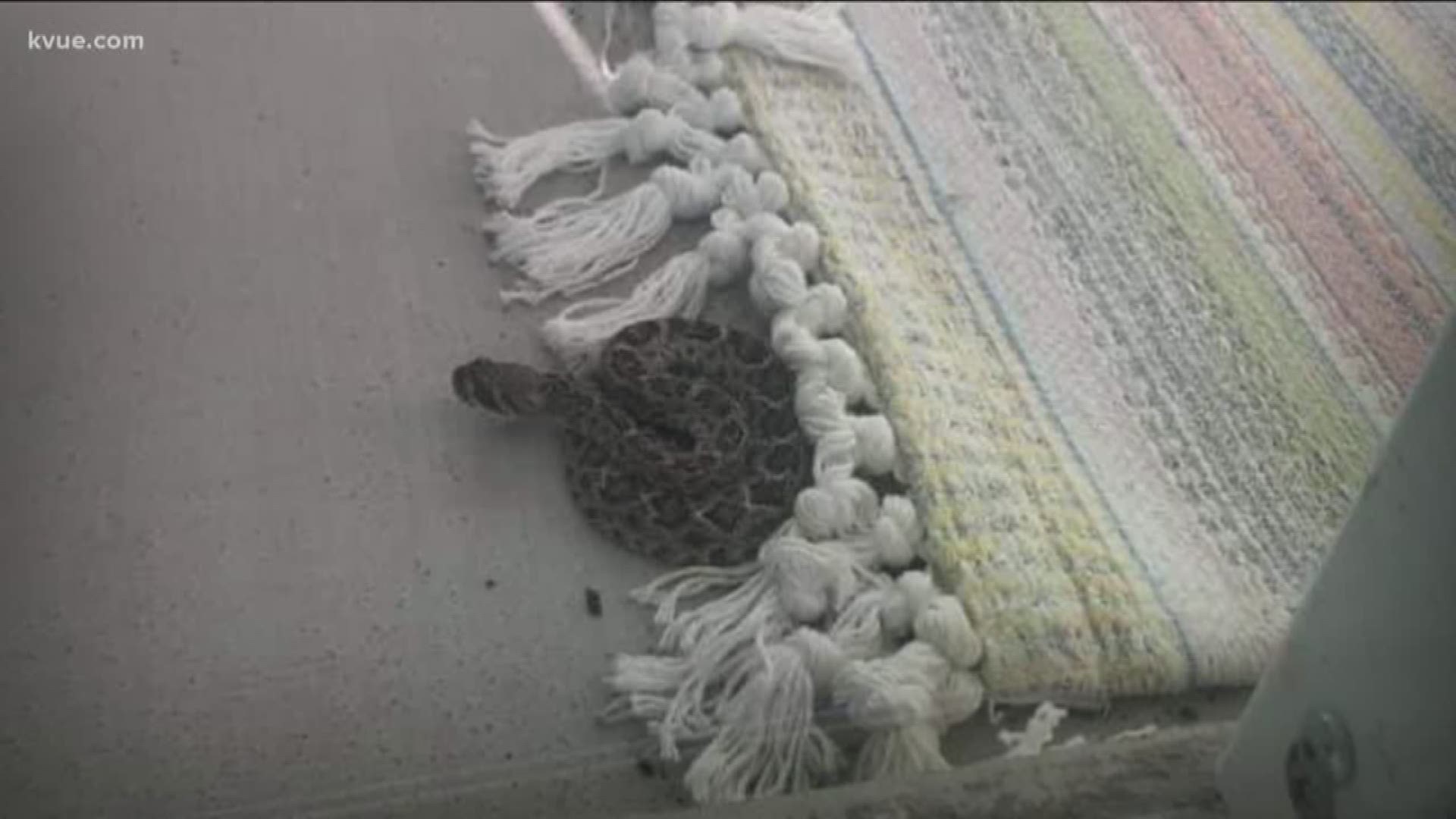 AUSTIN, Texas — People who live in a southeast Austin neighborhood are a little rattled by a snake infestation.

Snakes are visitors O'Neal and her neighbors weren't expecting.

"People in their front yard are on pins and needles," she said. "Me especially because I have a nine-month-old son and a 30-pound dog."

There are four kinds of venomous snakes in Central Texas: the coral snake, the copperhead, cottonmouths (water moccasins) and rattlesnakes.

If you take a stroll around this neighborhood near McKinney Falls, you're likely to see one run over on the road.

The group of neighbors even have a Google map set up, pinning snakes seen in the area.

"This is the time of year they are moving around," said Brian Kelly, who works for ABC Home & Commercial Services in Austin.

"The odds of you running across one are going to be there," he said, especially with development disturbing their land.

"Close any holes and look around, and close any openings that you have," said Kelly.

Taking precaution is something Shawn Valance is very aware of.

"I'm trying to take precaution for my house," said Valance. "I'm closing holes and removing clutter to make sure they're not hibernating."

Kelly said snakes like to get under things around the yard and having those things cleared out can help a lot.

This is a slithering situation this neighborhood hopes doesn't get any worse.

"We have each other's back because it feels like it's a snake invasion," said O'Neal. "And it's scary."

According to the Texas Parks and Wildlife website, here is what they recommend for you to do if you are bitten by a snake:

This is what Texas Parks and Wildlife recommends NOT to do if you are bitten by a snake: