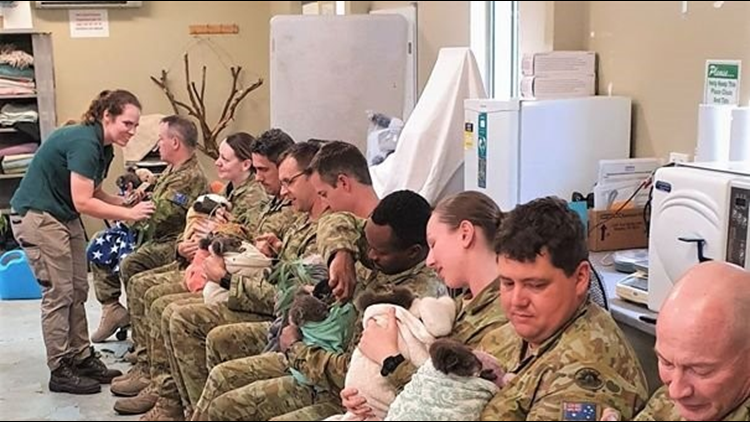 Soldiers in Australia spent their rest day helping koalas that had been affected by the brushfires.

Members of the Australian Army posted photos of them cuddling and feeding the koalas at the Cleland Wildlife Park.

The Facebook post of the soldiers said it was “a great morale boost for our hard-working team in the Adelaide Hills."

The 16th Regiment Emergency Support Force has also been helping the wildlife park build climbing mounts inside the park, according to ABC News.

The Guardian reported earlier this month that tens of thousands of koalas have been wiped out by the brushfires since they started in September. More than half the population could be dead, according to reports from The Guardian.

It's estimated that more than a billion animals have been killed in the fires.

Australian Army
If we paddle together, there is no challenge we cannot overcome. An... engineering contingent from the Republic of Fiji Military Forces has touched down in Australia and hit the ground running to assist as part of .